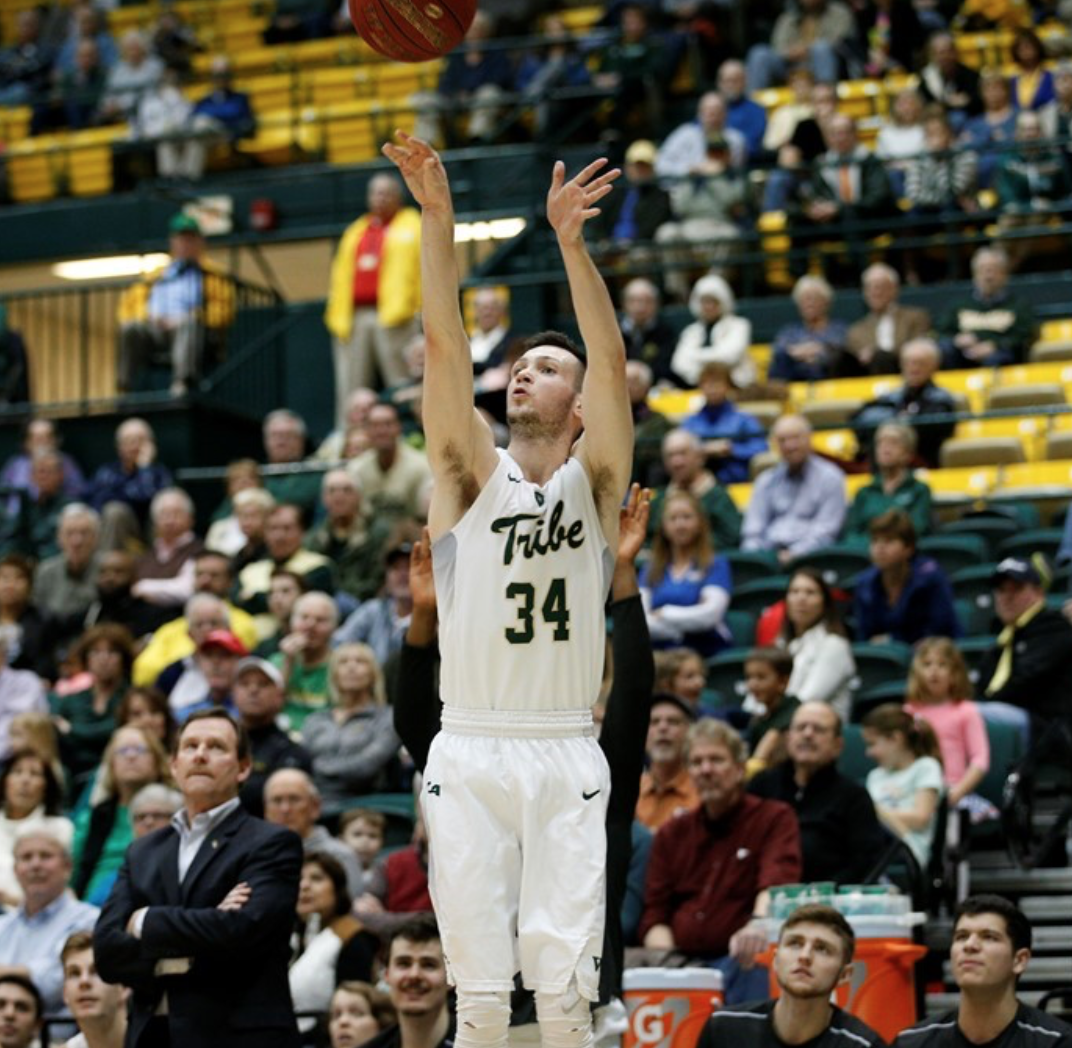 With four minutes remaining, seniors Daniel Dixon and Omar Prewitt checked out of the game for the final time to thunderous applause from a raucous crowd at Kaplan Arena.

Dixon scored 32 points and grabbed six rebounds while Prewitt turned in an impressive stat line of 24 points, seven rebounds and five assists to help William and Mary top Drexel 108-85. With its third consecutive victory in CAA play, the Tribe improved its conference record to 6-4.

The Tribe jumped in front of the Dragons early, leading by 15 with seven minutes left in the first half. But the talented Drexel backcourt of Kurk Lee and Kari Jonsson made plays on both ends of the floor and the Dragons fought hard to close the gap. Lee and Jonsson combined for 21 points in the first half and the Tribe headed to the locker room at halftime clinging onto a one-point lead.

“We didn’t play the first twenty minutes with the energy we need,” head coach Tony Shaver said. “But we responded much better the second half.”

The Tribe did just that behind the stellar play of Daniel Dixon.

Dixon seemingly scored at will, draining deep three-pointers and slicing through the Drexel defense to finish at the rim with ease. The 6-6 guard scored 23 of his 32 points in the second half and finished a flawless 5-5 from beyond the arc.

Junior guard David Cohn created a slew of scoring opportunities for his teammates in an efficient second half, racking up four assists without committing a turnover. Cohn had six assists total on the night and added eight points.

Sophomore forward Paul Rowley provided a spark off the bench, chipping in with eight points, four assists and three blocks, and junior center Jack Whitman facilitated scoring from the post with four assists.

Shaver pointed out that ball movement provided the catalyst for the College’s explosive offensive performance and was pleased with his team’s 28 assists.

“We keep getting good shots,” Shaver said. “We’ll make a good percentage of them. 28 assists tonight. I love to see Daniel and Omar making shots, but I really love to see that assist total.”

Prewitt hasn’t been shooting the ball as well as he would like to this year; the forward is shooting 44.7 percent from the field and 33.3 percent from three-point range compared to last season’s averages of 49.3 percent and 36.4 percent. But Prewitt caught fire at Saturday’s game against UNC-Wilmington, scoring a season-high 28 points to lead the Tribe to victory. He followed it up with 25 points against Drexel on impressive 9-13 shooting.

Prewitt mentioned that he has spent more time in the gym getting up shots and was quick to credit his teammates for his recent uptick in scoring.

“Luckily a couple of shots have been falling in for me lately,” Prewitt said. “It’s definitely nice to see the ball go in the hole and when you have 28 assists as a team, it’s definitely easier to get shots.”

The Tribe will remain at home on Thursday for a critical CAA match-up against Northeastern at Kaplan Arena.