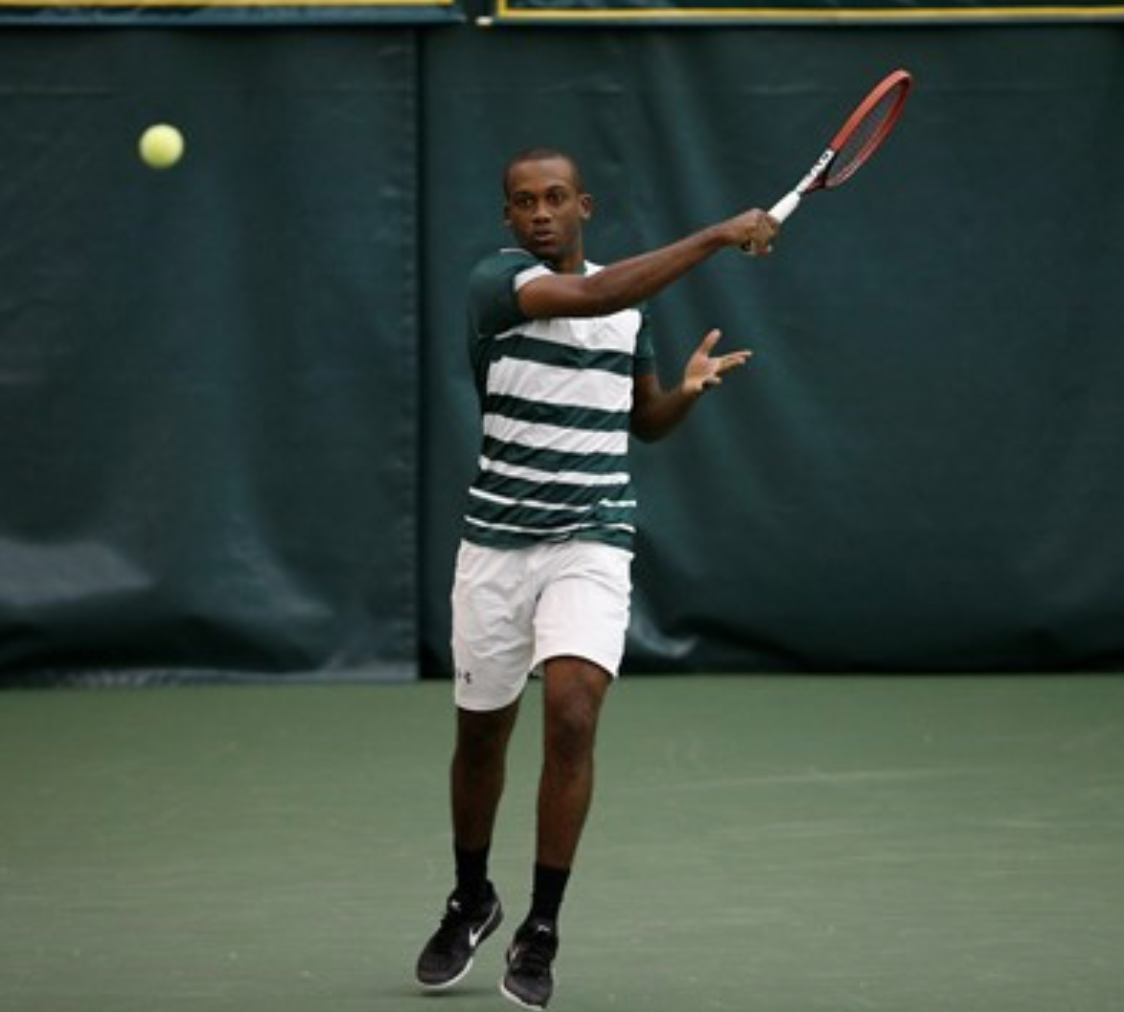 The William and Mary women evened their record at 3-3 this weekend with a 7-0 victory over Big 12 foe West Virginia and a 4-2 defeat against Kansas. The men also fell to 3-3 this weekend, replacing a three-game win streak with a two-game losing streak on the road, falling to Notre Dame 0-7 and Valparaiso 3-4.

The Tribe women secured all six singles matches, five of which were straight-set wins against the Mountaineers (2-4) Saturday. Junior Olivia Thaler and sophomore Lauren Goodman played doubles together for the first time at the No. 1 spot and defeated West Virginia’s Kaja Mrgole and Christina Jordan 6-4. In the No. 2 spot, senior Marie Faure and junior Ekaterina Stepanova cinched another 6-4 win against the Mountaineer’s Habiba Shaker and Lyn Yuen. Thaler also defeated Jordan 6-0, 6-2 at the No. 4 singles spot.

The College fell 4-2 to Kansas (4-1) the following day. The Jayhawks opened the match with doubles victories at the No. 1 and No. 3 spots against freshman Rosie Cheng and Stepanova 6-2 at the No. 1 and sophomore Deepa Dhore and junior Cecily Wuenscher 6-3 at the No. 3. Stepanova and Thaler secured the Tribe’s 2 singles points at the No. 2 and No. 5 spots, consecutively. Faure did not get to finish her tie-breaker match after a 6-2 comeback from a 0-2 loss. Goodman fell at the No. 1 singles spot against Jayhawk Anastasia Rychagova 6-2, 6-0 while Cheng and Stepanova dropped the No. 1 doubles match against Nina Khmelnitckaia and Tess Bernard-Feigenbaum 6-2.

The College continued its losing-streak with a narrow 4-3 loss to Valparaiso. Junior Christian Cargill won an electrifying three-set match at the No. 2 singles spot 6-3, 6-7, 6-4 against Valpo’s Chad Kissell, who is ranked in the top-100 nationally. Junior Alec Miller and senior Damon Niquet both came out on top in thrilling matches, 6-4, 7-6 and 6-4, 6-3 respectively, against Valparaiso’s Dave Bacalla and Brandon Ancona. The College lost doubles matches at the No. 1 spot with junior Ryan Newman and Talcott and at the No. 3 spot with junior Christian Cargill and Niquet, both 6-2. Appleby and sophomore Tristan Bautil were unable to finish their No. 2 doubles match.