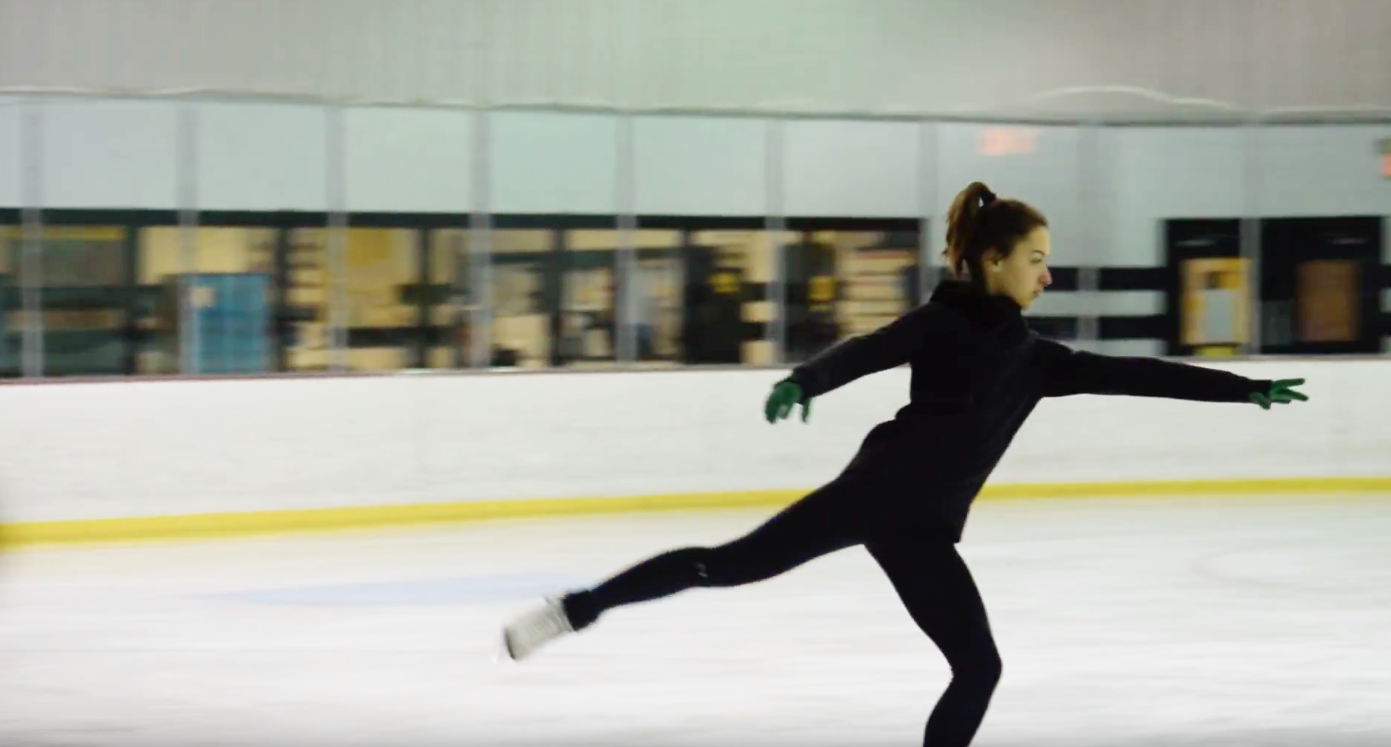 It is 5:50 a.m. on Wednesday morning, and Andrew Uhrig ’20, Nazrin Garibova ’20 and Carlyn LeGrant ’19 are on their way to the Hampton Roads Ice Arena for the newly-formed ice skating club’s first practice.

As soon as the three skaters change into their skates and hit the ice, they loop around the rink to gain speed, and it isn’t long before they begin jumping and spinning along with the music playing in the background. They share the rink with only two other people — an older woman and her trainer, practicing routines to songs like “Copacabana” and “The Girl from Ipanema.”

The ice skating club is a long time in the making for Uhrig, the current president of the club, who said that they had been planning its creation before they even went through freshman orientation in the fall.

“I kind of conceptualized it before I was coming here, because when I was looking at schools, I specifically was looking for skating clubs or nearby skating rinks,” Uhrig said.

Uhrig, who skated competitively until their junior year of high school, almost didn’t even apply to the College of William and Mary because of the lack of opportunities to pursue figure skating.

“I knew that this school had everything else I wanted; it just didn’t have a skating club,” Uhrig said. “So coming in here I had that mentality that, ‘I’m going to do this, I’m going to try my hardest to get this up and running so that I can have an experience that I want.’”

It turns out that Uhrig wasn’t the only one on campus looking to return to the rink. Once they started getting the word out about an ice skating club, Uhrig discovered that they were just the tip of the iceberg.

LeGrant, the club’s co-secretary, said that despite the lack of a pre-established ice skating community on campus, she was eager to be a part of something new after spending her freshman year away from the ice.

“When I first got to William and Mary, I looked for a skating club, but there wasn’t one, so I kind of gave up — I figured no one else would be interested in it,” LeGrant said.

For Garibova, the club’s co-vice president, this early morning practice marks a welcome chance to return to a sport she has loved for almost her entire life.

“I’d been skating since I was five,” Garibova said. “I think senior year [of high school] was my prime — and then after then I just had to stop and it was kind of sad.”

Uhrig hopes having an ice skating club on campus will be a good thing for the community and that it will attract students who are passionate about ice skating and might not have applied to the College otherwise.

“I know personally a lot of my friends didn’t apply to this school because there wasn’t a skating club, and the nearest rink was 30 minutes away,” Uhrig said. “But as long as we’re able to facilitate a skating club, I feel like we’ll draw in more people.”

The ice skating club also hopes to host events at the Colonial Williamsburg Liberty Ice Pavilion, which would be open to ice skaters from all levels of experience and led by executive board members. Additionally, Uhrig hopes to continue to have weekly practices on the ice.

“I’m glad that this is starting because I think that even if it’s just once a week, just being out on the ice feels nice,” Garibova said.

On the drive back to campus from the Hampton Roads rink, Uhrig, LeGrant and Garibova spoke to what they love the most about being out on the ice. For them, ice skating is an unparalleled experience.

“[I love] being able to feel the balance and the wind as you start picking up speed, or knowing that you landed a perfect jump,” LeGrant said. “You don’t even have to see it; you just know that it happened.”

Garibova agreed that it can often be the little moments — like a perfectly centered spin — that define the experience of skating.

“It’s sometimes the simplest moves, like when you’re gliding on the ice and you just feel how smooth it is,” LeGrant said. “There’s literally nothing else like it.”