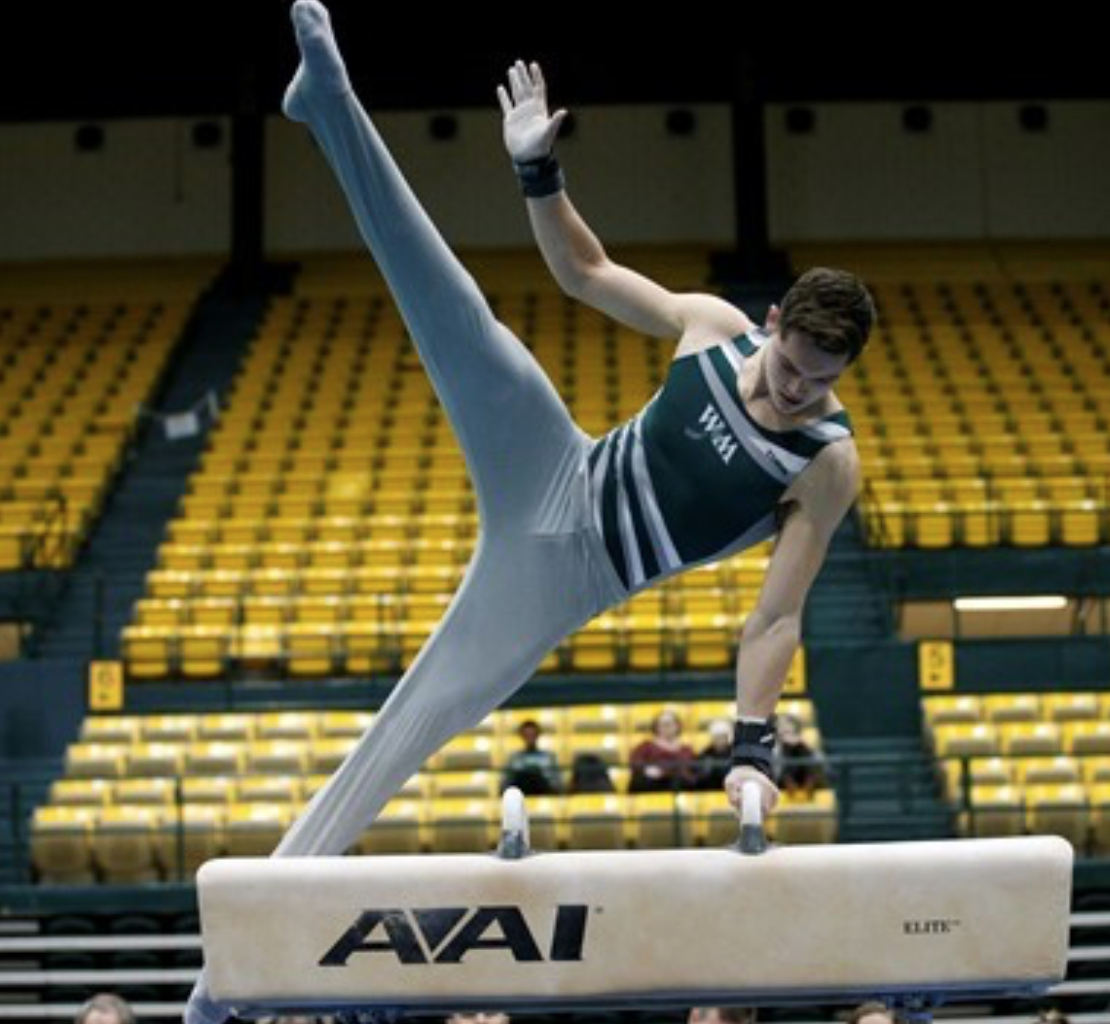 William and Mary defeated Navy by a narrow margin in a home meet on Friday, March 3. Although the Tribe led the scoreboard the whole meet, the largest gap in the running scores was 3.95 points. The teams entered the final event, high bar, with the College leading by just 0.85 points. In the end, the Tribe scored 394.3 points to top Navy’s 393.5.

The College had a team member on the podium in all the events but parallel bars. It placed first on vault, pommel horse and rings.

Freshman Tim O’Neill scored a career-best 14.55 points on vault, and his first-place finish helped the College to a season-high score of 70.55 points on that event.

Senior Rob Meyer led the way for the Tribe on rings, scoring 13.7 points and placing first. Junior Jeremiah McReynolds placed third, with his 13.4-point score helping the College to a 66.2-point score on rings.

Meyer also led the way for the Tribe in the only event that the College did not place in, with his score of 13.6 on parallel bars contributing to the Tribe’s 65.75 points.

The Tribe scored 64.95 points on floor, with freshman Tomas Palma placing third with his 13.5-point score.

Senior Aria Sabbagh tied for second on high bar. His 13.5-point score helped the College to a score of 65.4 points. Sabbagh also competed in the all-around, where he placed second with 77.95 points.

Sabbagh said that these are the most challenging events to compete in.

“Those are the hard ones to do because you know it’s not counting for the team; it’s just counting for yourself,” Sabbagh said. “You’ve still got to save energy for the events you’re going to count on, so that’s the challenge there.”

Senior Neal Courter was the last member of the Tribe to compete at Friday’s meet, when he posted a 13.3-point score on high bar.

Courter said that the pressure is certainly riding high at that point in the meet, but he tries to focus on doing his best on his events.

“It is a lot of pressure, and I do feel the most nervous before high bar especially because it’s just one of those events you could fall off really easily,” Courter said. “But I know the team is behind me 100 percent, and you know that you put in the work for those hours every single day, day in, day out, weeks in, weeks out. So I just rely on the work that I’ve put in and my teammates behind me, and the rest just happens.”

The Tribe will continue the season March 10 at a tri-meet hosted by Navy, including Air Force.

After the College lost to Navy in January and beat them by a narrow margin in this home meet, head coach Mike Powell said it’s important to stay focused for the team’s third face-off against Navy next week.

“We need to focus on basically hitting routines,” Powell said. “All we can control is what we do, so we’ve just got to worry about executing excellent gymnastics and let things work themselves out.”