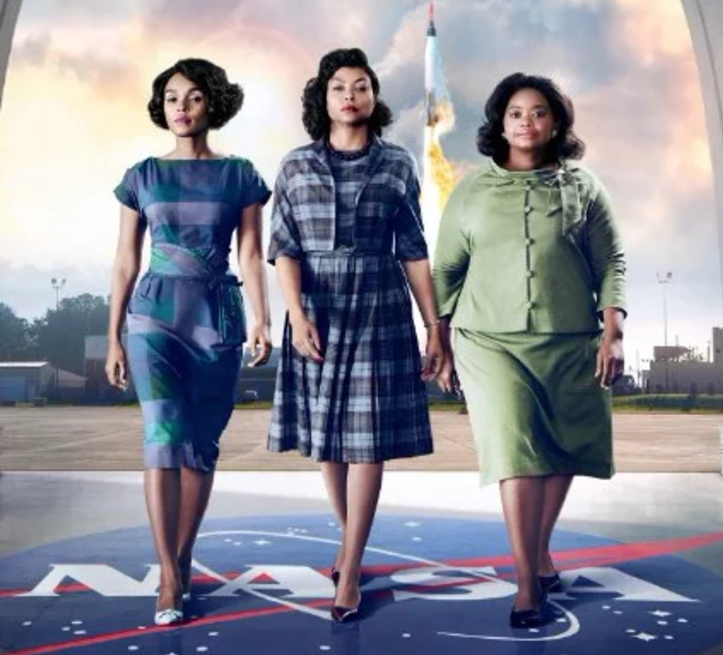 Just three days after the Oscars, the Kimball Theater held an evening screening of nominated film “Hidden Figures.” After the film concluded, College of William and Mary Research Professor of Applied Science, Dr. Joel S. Levine, gave a presentation on the history of civil rights at NASA.

“Hidden Figures” follows three main characters — Katherine Johnson, Dorothy Vaughan and Mary Jackson — as NASA’s Langley Research Center races the Soviet Space Program to the stars. Not only does the film highlight the struggles of these women as African-Americans in a white-dominated career field, but it also acknowledges the struggles of women in a male-dominated society.

The film is based on the book of the same name, written by Margot Lee Shetterly and published in September 2016. The film premiered two months later in December 2016 and was nominated for two Oscars.

The audience at the Kimball’s screening included students and community members alike. Some of those in attendance had worked at NASA alongside the women portrayed in the film.

Roy Harris, an attendee at the showing, started working at NASA in 1958 and stayed for 40 years. He graduated from Georgia Tech and began his career as an aeronautics research engineer at Langley. He eventually served as Director of Aeronautics at Langley from 1985 to 1995. He worked closely with Jackson, one of the film’s main characters, in the Langley wind tunnels.

“To me, the movie is inspirational, it really is,” Harris said. “And I think somebody like me who, you know, I grew up in the South, I grew up in the era of segregation, I came to Virginia from Georgia, and in that environment of segregation, but my recollection is when I came into the group at NASA, the people I knew and worked with including people like these people in the movie who to us appear to be heroic, and the big name people like John Glenn, to me they were just ordinary people. I didn’t see them in a historic perspective.”

While the film’s themes and lessons were appreciated, some attendees felt that it came up short in its timeline and cinematography.

“It was okay,” said attendee Paul Zatyko, who was working at Ford during the year in which the film is based. “There should’ve been more facts and it was too drawn out. It was like it was make-believe in parts, you know, with her family, because that’s not how it was.”

After the film, Levine gave a presentation that provided the audience with a timeline of NASA history and a look inside the main characters’ journeys through NASA.

“I spent 41 years at NASA Langley Research Center in Hampton and I had the privilege to work with a number of the so-called computers at NASA Langley … I’m still working with NASA as a consultant planning the first human mission to Mars,” Levine said.

Each of the women in the film played a key role in different departments at Langley. Johnson, the film’s primary character, worked as a computer specializing in analytic geometry within the all-male flight research team. Her resilience was portrayed in the film as she sprinted to and from the colored wing of Langley and her research division, which were over a mile apart, to use the colored restroom.

Starring alongside Johnson were Vaughan and Jackson. Jackson worked as an aspiring engineer in the wind tunnels. She struggled in the film to become an official engineer, even though her proclivity for the trade far surpassed that of her white, male colleagues. Vaughan fought to be the supervisor of the West Area Computing Unit, the group of female, African-American mathematicians at NASA Langley. She served as a pioneer of computer science within Langley and worked to teach the members of the computing group how to use NASA’s new International Business Machines, or IBM’s.

“I thought that this is a very important part of history — both social history and the history of the space program,” Levine said at the conclusion of the presentation.