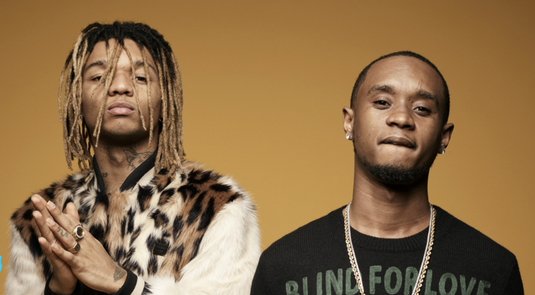 This is the second year that the concert has been scheduled later in the spring, following SA’s decision last year to allocate more funding in hopes of acquiring a more well-known artist.

This year, the SA senate allocated $50,000 from SA reserves for this concert through the 2017 Spring Concert Act.
SA President Eboni Brown ’17 said that after looking through many artists with the AMP music committee, she believes that Rae Sremmurd was the best choice to bring to the campus because of their popularity and stage presence.

“I am very excited to welcome Rae Sremmurd to campus,” Brown said in an email. “I know the concert will be live and hype. I hope the campus will be super excited. We tried really hard to pick the best possible artist for campus, and I think we did a good job of doing that.”

“As chair, the selection process can be pretty stressful,” Baldwin said in an email. “You can’t take personal taste into account, but really have to think about William & Mary’s taste as a whole. I’m proud to have a committee that comes from so many backgrounds and is able to grasp the essence of what W&M is musically; the campus community is very knowledgeable and aware of what’s going on in the world. I think that this year’s show is a complete reflection of this.”

Rae Sremmurd is a hip-hop duo made up of brothers Khalif Brown, known as Swae Lee and Aaquil Brown, known as Slim Jxmii, originating from Tupelo, Mississippi. They released their first album “SremmLife” in 2015 and later released “SremmLife 2” in 2016. They are known for songs such as “Black Beatles,” “No Type,” “No Flex Zone” and “Throw Sum Mo.” Their most recent single is “Swang.”

Coordinator for Programming in the office of Student Leadership Development Brad Ward said that because of the notoriety Rae Sremmurd has received for their song “Black Beatles,” he believes they are a group that students at the College will enjoy.

“When picking an artist, we always try to find someone that we think the overall student population will enjoy,” Ward said in an email. “Rae Sremmurd has received a lot of notoriety for their song, ‘Black Beatles,’ which rose to the top of the charts and went viral as the song that was playing in every mannequin challenge video. Due to all of their success as artists, with their first album going platinum now, we felt that there was no better time than the present to bring them to campus.”