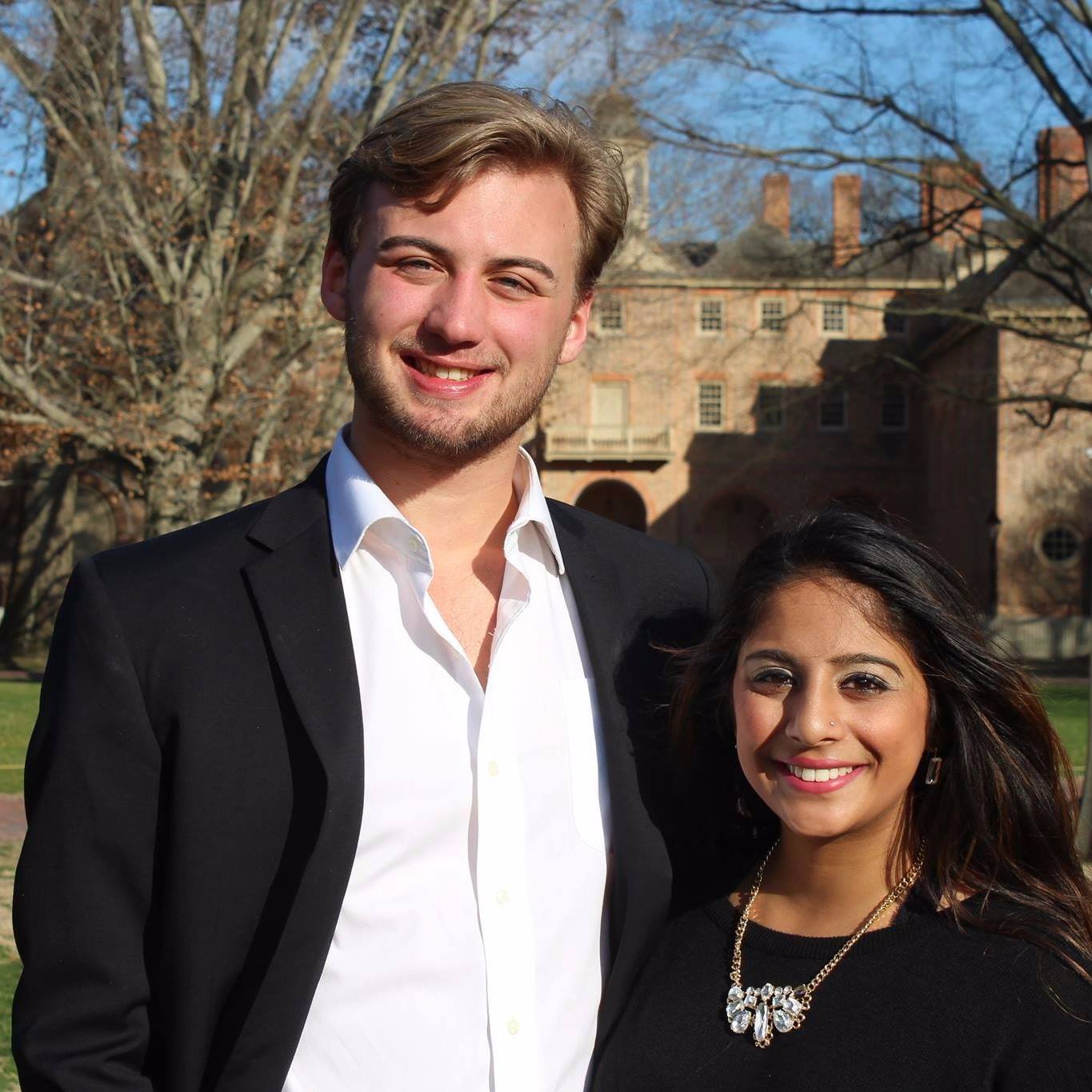 The two tickets campaigning for Student Assembly president and vice president this year both prioritize important issues for the College of William and Mary community in their campaigns, and the issues they address do not differ significantly in scope. However, we believe that this year, one pair’s outreach efforts, effective communication skills and combined experience make it the most qualified to represent the undergraduate student body — Danny O’Dea ’18 and Nami Srikanth ’19.

Danny has served as a senator within SA since his freshman year at the College and as Chairman of the Senate for the past year. His institutional knowledge and experience with the nuances and inner workings of SA make his ticket stand out this year. Nami, despite not having served in the SA senate, has served as SA undersecretary for mental health. This involvement, as well as her role as former vice president and current PR chair for Active Minds, shows a genuine commitment within the campaign approach to the issue of student health.

Danny and Nami’s experience makes them the two most likely to be able to follow through and implement the policies they propose in their campaign. While this is not the most decisive strength in their campaign, for a one-year term, having less of a learning curve can be crucial in affecting change. Elijah Levine ’18, who heads the other ticket, has no experience working within SA. His running mate, Annelise Yackow ’18, does have experience serving in SA senate and displayed a better working knowledge of SA procedures, but Elijah’s lack of experience with SA comes across as more of a liability than an asset in this case. While both platforms prioritize issues such as diversity, mental health, sexual assault and transparency, Danny and Nami have released a significantly more detailed platform on their website. In addition, Danny and Nami have shown a concerted effort to actively revise their platform as they reach out to student organizations.The policy proposals on Elijah and Annelise’s platform, also published on their campaign website, lack specificity and also seem to lack a full understanding of current campus initiatives addressing the concerns that they claim to focus on.

Danny and Nami’s experience makes them the two most likely to be able to follow through and implement the policies they propose in their campaign.

Danny and Nami’s campaign slogan, “Amplify Your Voice,” is reflected in the outreach efforts they have led over the course of their campaign and in their detailed platform. Danny and Nami have sought to prioritize the needs of a broad range of student organizations. These range from multicultural organizations, student publications, Greek Life and organizations focused on improving student health, like HOPE, Active Minds and The Haven.

Danny and Nami’s platform is divided into sections on student health, diversity and inclusion, engagement with the Williamsburg community, outreach, sustainability and SA reform. Among these proposals is the creation of an umbrella organization for student health, wellness and advocacy groups on campus modeled after the Student Environmental Action Coalition, participation in the national Start by Believing campaign for sexual assault survivors, the allocation of subsidies for off-campus mental health consultations and the creation of student accessibility maps. As part of their SA reform efforts, Danny and Nami also hope to restructure the Executive Allocation Committee with the goal of expanding accessibility to cultural organizations in particular. Danny and Nami also seem to have a more well-established rapport and more cohesive working relationship. They seem to communicate effectively and share an understanding of their campaign goals and policies.

For more effective leadership, The Flat Hat sees a clear difference between the two campaigns, and supports Danny and Nami for SA president and vice president in the 2017 SA elections.

The staff editorial represents the opinion of The Flat Hat. The editorial board consists of Emily Chaumont, Leonor Grave, Isabel Larroca, Noah Peterson and Julia Stumbaugh. The Flat Hat welcomes submissions to the Opinions section. Letters, columns, graphics and cartoons reflect the view of the author only. Email submissions to fhopinions@gmail.com