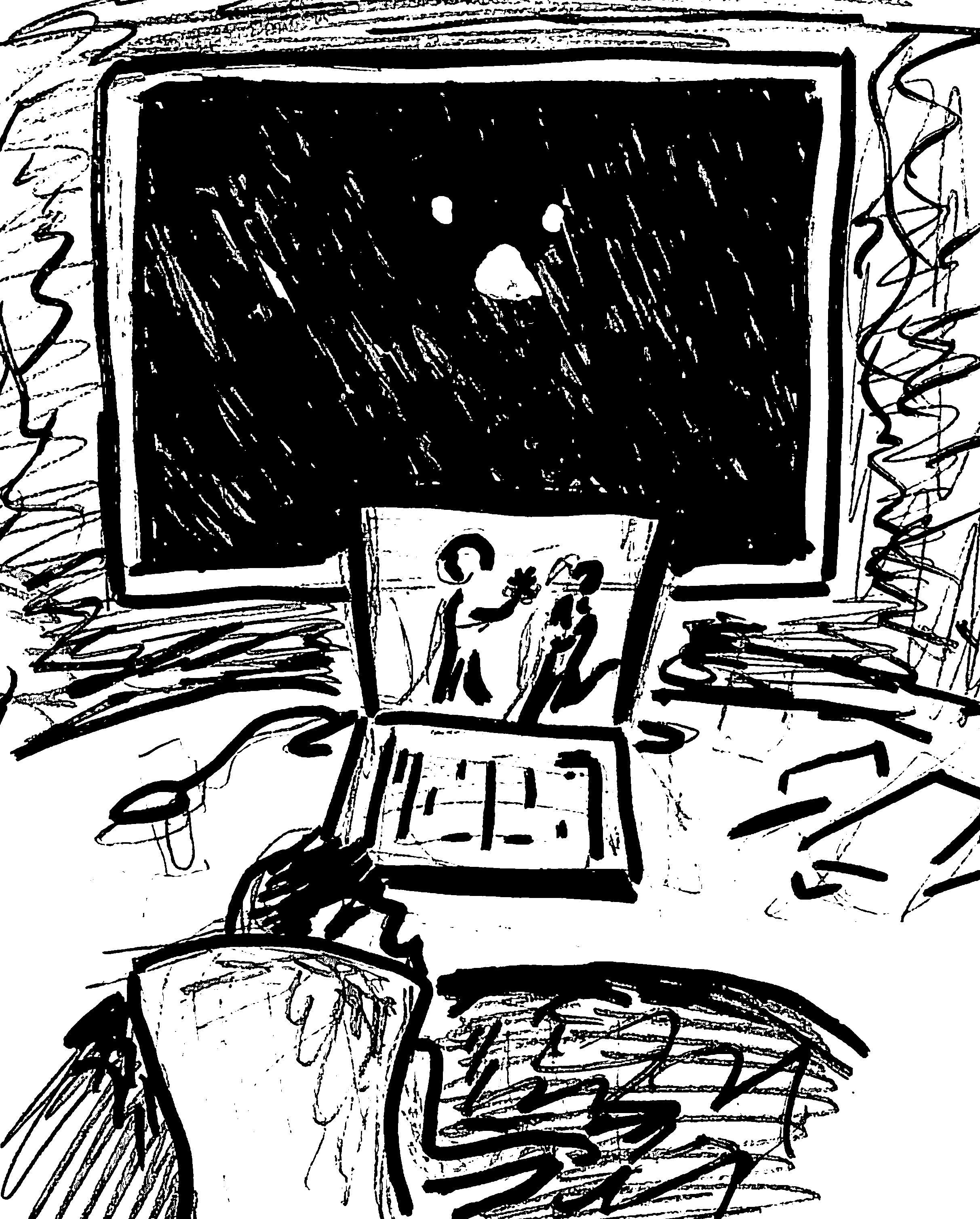 Alas, we must part with such sweet sorrow, as this is my terminal Confusion Corner article. This is my gargled epitaph to two years of oversharing and dad jokes with a wonderful audience that was kind enough to accommodate my absurd rants. But mourn only for my loss (which is very tragic for you); there is nothing to fear as I leave you in the very capable hands of a truly delightful creature: Ellie Moonan.

As I was “preparing” to do this, I considered writing a piece where I add my own unique spin to the old cliched graduation sendoff. You know, the one where the senior talks about being afraid yet hopeful and then spreads some inspirational guidance to “roll with the punches” and “just be you.” However, I realized that, just because I am having a hard time talking about anything but my looming departure, it would be selfish to recycle an article you could find in any other April student newspaper. That’s too mainstream for William and Mary’s refined taste. Instead, I would like to make a real impact with my last article and there is one change on campus I have longed to see my entire career (well, the other is retiring soon). I am talking about Swem computer usage. Here it is: I beg of you, please do not sit in front of a Swem computer working on your laptop without being signed in to the computer.

Seriously, I want to murder you when you do this. A lot. When I see this, I experience a visceral fury more intense than when I see someone bite into an ice cream cone. What kind of monster does that? I know this seems harsh. After all, no one really likes those hulking dinosaur Dells that are just modern enough so that the school will neglect to update them until long after I actually own a Roth IRA account. Despite my obvious Mac pretensions, I can’t help but disdain every absent-minded, self-centered library patron who parks their sleek, new little Apple in front of these fixed, dusty resources. This egregious act demonstrates either a complete lack of critical awareness for the needs of others, or worse, an extreme and dangerous deficit in empathy. William and Mary students are supposed to be some of the most self-sacrificing and kindest people that anyone can find outside of a knitting circle for little-old retired Canadian grandmothers who are all named Betty. Yet, this horrific misuse of computers is the most abhorrent and obvious counter example of this general tendency and serves as a daily reminder of our darker, selfish side.

Of course, this language may seem a bit extreme, but only if you fail to grasp the gravity of computer scarcity. You must understand that the public-use computers in Swem are not just old hunks of plastic and silicon chips to a great part of our student body. For far too many, these computers are the only resource and outlet available to them to complete their work and chase those fat A’s. Alas, I too am behooved to these great tabulating beasts. As a psychology major, I have a love-hate relationship with the Swem computers because they are the only computers through which I have access to SPSS. I love being able to do some killer data crunching with an amazing software that otherwise costs $2,690 or more a year, but I hate that I am chained to Swem and the few select labs on campus that have public computers. And I am not alone; almost every major requires an advanced program that would normally be far out of the reach of any reasonable student budget in order to complete the more advanced coursework for juniors and seniors, whether it be a film and media studies major with Photo Story or a sociology major with Stata. Those of us needing these special programs are all prisoners to the finite computers of Swem.

Moreover, there are those who just need to print. I can’t count how many times I have found myself near tears because I have 10 minutes to get to class and sprinted to Swem to just print one vital document only to find that there were no “free” computers that I can print from. If I can’t turn in my report on time because you wanted to watch Netflix on your laptop, things are not going to end well.

Finally, there are those students who do not have a functional laptop. It is easy to forget when you are so privileged as to have numerous options and devices for accessing the internet that there are many students on campus who do not share this luxury. They may not be able to afford a laptop, Wi-Fi at their off-campus house, or may have a laptop that simply isn’t up to snuff because they haven’t been able to replace it since the 10th grade. Can you imagine if you were still working on the old 10-inch Dell on which you wrote your history report “Harriet Tubman and the Underground Railroad: Goin’ off the Wheels of a Crazy Train!”?

In the end, when you are so inconsiderate or mindless as to occupy a public-use computer and gallantly flash your amazing laptop, with its lightweight design and extended battery life, you are saying you don’t understand or don’t give a flying hoot about the needs of others. That just doesn’t seem right to me, even if those lime-green swivel chairs that you so smugly occupy are very comfy.

If I have done nothing else for this campus, I can depart satisfied if I know that I have managed to reverse the trend of this behavior, even if it is only slightly. And I plea to all the incoming freshman: I know you don’t understand what I am talking about yet, but please for the love of everything right in world, just find a table to work at.

Emily Gardner is a Confusion Corner columnist who will be dearly missed by the Flat Hat staff, but not so much by Swem computer hogs.