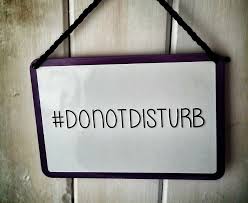 Chances are, if you’ve had a roommate at college, you have been or will be sexiled. To be sexiled is to be removed from your room for the duration of the night as a result of it being under the sexual occupation of your roommate. In many cases, the issue is only lightly addressed in the early stages of a roommate relationship. However, issues can often arise when a lack of proper communication leaves the roommate with both a locked door and a huge gray area.

This is the type of miscommunication that leads to sleeping on a friend’s floor on a cot composed of miscellaneous blankets, or to long nights in the lounge, stuck in a constant pendulum-style decision making process, going back and forth between trying to stay up until a time that would be deemed appropriate to silently slide into your bed and sleeping on the generally unhygienic and unsupportive lounge couch.

I’m sure that most would agree that these options aren’t exactly the most enticing. To sleep in a friend’s room would mark you as a burden to your hallmates, something you especially wouldn’t want early on in the year. Choosing to instead remain awake in the lounge would result in an awful disruption to your circadian rhythms; while this is already a well-known occupational hazard associated with collegiate life here at the College of William and Mary, it would be best to save all-nighters for emergencies. The last option (finally giving in to sleeping in the lounge) always leads to awkward encounters with the incoming early risers, a sore back and a constant struggle to battle the perpetually bright emergency lights in the lounge. This sort of thing can also be disruptive to someone’s studies if they have a test the next day for both getting adequate sleep and having access to study materials.

It would seem that an uncoordinated sexile can be one of the most disruptive roadblocks for a collegiate roommate relationship. The most crucial point of any roommate relationship is establishing clear cut rules and boundaries from the beginning, especially if either are in a relationship where this would be a common occurrence. Many classic examples that have been thought of in the past include placing some article of clothing on the outside doorknob and removing it when “the coast in clear,” such as the sock or tie methods. However, that option is still full of ambiguity in the event that the “sexilers” don’t remove the clothing from the doorknob. This leaves the “sexilee” still wondering if an appropriate time to sleep in their own bed may arise. This also adds a level of publicity to the event, which may be uncomfortable for either roommate.

All in all, even in the case of an act of passion, it is always important to keep in mind that your actions may affect other people when you are in a communal living space. Communication is key for those in and out of the bedroom. It would only require providing your roommate with an opportunity to collect clothing and study materials ahead of time and a relatively detailed text asking if it would be alright for the room to be occupied and describing how and when it would be safe to return.

William W. is a Behind Closed Doors columnist who is excited to be writing his first column, but is less enthusiastic about being sexiled.