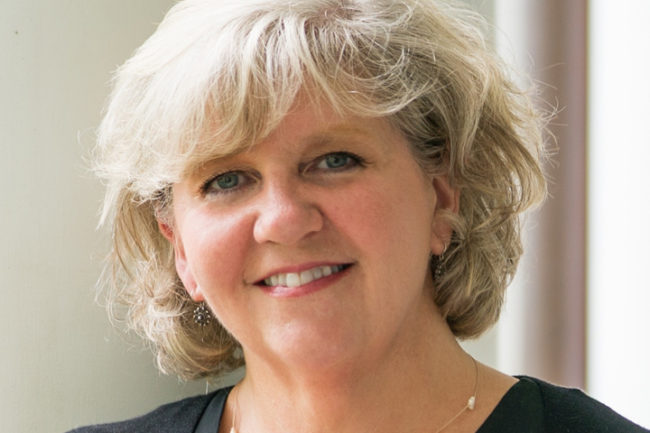 Director of Residence Life Maggie Evans wasn’t job searching when she found out that the College of William and Mary was hiring — but something about Williamsburg drew her to apply. A little less than two months ago, Evans began unpacking her boxes in a new city and started her first day on the job. Now, she’s gearing up to tackle housing projects and experience the traditions that she said she loves about her new school.

I was not job searching, and I can’t imagine another place where I would have considered,” Evans said.

“I was not job searching, and I can’t imagine another place where I would have considered,” Evans said. “I loved [James Madison University], I had a challenging and incredible career there. William and Mary has always been one of those places where if I saw the right position, at the right time, I’d consider it.”

Prior to coming to the College, Evans worked at JMU for 27 years. In 1986, Evans started as a residence hall director. 10 years later, she began her tenure as director of residence life, a position she held for seven years before becoming executive assistant to the president.

Although she’s worked in student affairs for almost three decades since graduating college, Evans said that she never anticipated pursuing it as a career. Evans earned her bachelor’s degree in communications and graphic design from Bowling Green State University, and planned on going into advertising when she graduated.

“Especially when I was finding my path, things weren’t as clear,” Evans said. “Student affairs wasn’t a known career path back in the 1980s; there was less knowledge that you could have a career in higher education without being a professor that is fulfilling and challenging. Something that I hear many people in student affairs say is that the career found them. Not many people know at 12 that they want to be a university vice president. I think there is a clearer trajectory now. I always loved being an RA and it just sort of happened.”

After she graduated, she wasn’t sure what she wanted to do for her first job. Then, when a friend told her about a graduate school opportunity for student affairs, she decided that it felt right, and entered Ohio State University to receive her master’s degree in educational policy and leadership.

Throughout her undergraduate and graduate experience, Evans served as a resident assistant, which she said was the greatest influence on her career.

“Being an RA was how I spent most of my time,” Evans said. “I was self-supporting, a first-generation student and I was paying my bills myself. I was working at a bookstore and for a little while at an optometrist. I was able to spend my time working and studying. It was important that I could be an RA on my own time and not [be] constrained.”

During her first year at Ohio State, Evans was working as an RA, but was assigned to a hall at a small community college nearby.

Early on in that year, she said she knew that student affairs was the best career fit for her.

“When I was in my first night of grad school, I had a shift at a small college nearby, and I can remember the night before the students were moving in,” Evans said. “We were putting up signs around the building, and I just had this feeling that this was exactly where I was supposed to be.”

While most of her career in student affairs has kept her in Virginia, in the summer of 1996, her career took her to the Summer Olympics in Atlanta, Georgia. During the games, she served as the housing director for the athletes’ village for satellite sports such as kayaking and canoeing.

The events for these sports, because they required facilities that were not located in Atlanta, were held two hours away in Tennessee.

One of Evans’ colleagues had been hired as the director for the entire athletes’ village, and had originally asked Evans to be a volunteer. She said that while she was interested in volunteering, she was very excited when a few days later she was invited to apply to be housing director for the remote facilities.

“It was very fun,” Evans said. “The best part was in the dining hall. Every meal was together, and people would be there sharing their experiences. You can’t get that anywhere else, whether you’re a sports fan or not. It’s an incredible cultural experience; people are gathering from all over the world and it’s inspirational to see.”

Evans said that one of the most challenging parts of her role at the Olympic Games was staying aware of tensions between nations. One example of this, she said, was having to know what countries had poor relations with each other during the violence occurring in Bosnia in the 1990s.

“It was a very extensive experience,” Evans said. “At any given time, parts of our world are in conflict, so we really had to be aware of what countries were in our village and make sure we weren’t placing roommates from countries that were on poor terms together.”

Now, Evans said she is facing different challenges transitioning into her role at the College, although she’s had experience with both first year experience and residence life during her time at JMU. These challenges center around getting caught up on ongoing projects and getting a feel for what needs to be done.

“It’s hard to jump in, I want to take time,” Evans said. “I started August 16, in the throes of hall openings and training, but I have experience all over those things before. I’ve been through converting a hotel a few times, I’ve been through 10 or 11 full on renovation projects, I’m pretty comfortable with that all. Now we’re in the planning stages of [renovations on Green and Gold Village] and I’m back into my housing brain.”

She said she is also interested in getting more information about renovations to Richmond Hall, which opened for the first time this fall, and how it will be used in the future.

In terms of other things Evans would like to accomplish before she’s done with her first year at the College, she said she is excited to experience traditions like Grand Illumination, because she enjoyed participating in the College’s Convocation tradition.