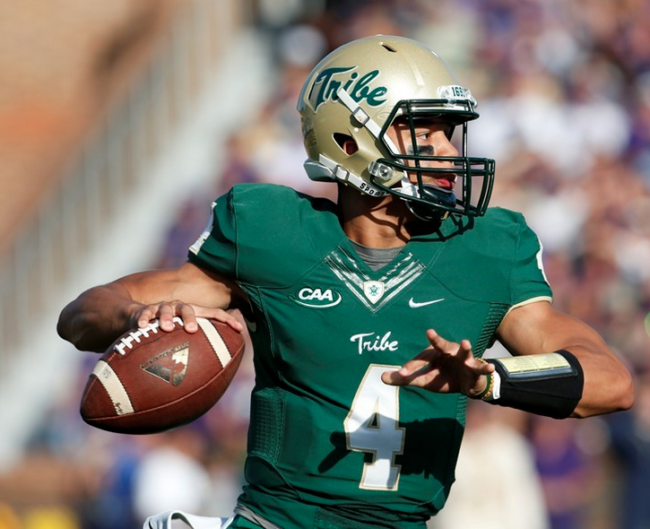 During the offseason, the biggest storyline surrounding the William and Mary football team was the five-man quarterback competition. Junior Tommy McKee, sophomore Brandon Battle and freshmen Ted Hefter, Dean Rotger and Shon Mitchell were all competing for the starting job for the season-opener against Virginia. The starting quarterback was not announced until gameday against the Cavaliers, when Tommy McKee was granted the start under center. However, through six games, the Tribe have now played three quarterbacks. The latest to get time at quarterback is Mitchell, a freshman who had not played through the first five games of the season. While I originally wanted Mitchell to start at quarterback this season as a freshman, I strongly disagree with the College’s decision to play him now and end the possibility of redshirting him for the year.

After McKee had led the Tribe to a 2-2 record, the Tribe found itself in an early hole once again last weekend against Elon. McKee had experienced ups and downs throughout the first half of the season and the Tribe decided to put Battle in against the Phoenix during the second quarter. Battle had seen action briefly against the Cavaliers in the season-opener when McKee was cramping. Battle played the rest of the game against the Phoenix and was able to help the Tribe to get back in the game, before ultimately falling short of completing the comeback and losing 25-17. Battle did moderately well in sparking the offense as he finished 11-21 for 155 yards with one touchdown and one interception in less than three quarters of play.

I thought Battle’s performance against the Phoenix was certainly worthy of the opportunity to start this weekend against Delaware and I was excited to see if he could get the offense off to a quicker start than it had in its first five games. However, as the 3:30 kickoff approached in Delaware, the College announced that Mitchell would be making his first career start against the Blue Hens. I was shocked by this decision and disagree with it for a couple of reasons.

First, as previously stated, Battle performed well against the Phoenix while he was on the field. While his numbers were not flashy and he was unable to lead the Tribe to victory, I think that his play and composure were more than adequate to earn the start against the Blue Hens. Not only that, but Battle entered the Elon game with the College trailing 16-0. He was thrust into a situation where he had to try to carry his team to a double-digit comeback with very limited experience in his college career. The defense and rushing attack of the Tribe certainly helped in cutting the lead, but Battle was integral in giving the College a chance to drive the length of the field for the win. It would have been well-deserved for Battle to get the start against the Blue Hens to see what he could do with a full sixty minutes of action. Perhaps he would have continued to grow as a quarterback and put the Tribe in a position to win its first conference game of the season.

Instead, the Tribe went with Mitchell to start against the Blue Hens. While Battle was robbed of the start despite performing admirably last weekend, there is a long-term factor that frustrates me even more about this decision. Mitchell became the first true freshman to start a game in the 38-year tenure of head coach Jimmye Laycock. As a true freshman, players are eligible to be redshirted for the season. This means that they get to practice with their team but do not play in any games. However, after the season they still have four years of eligibility.

Mitchell had not played in the first five games and was eligible to be redshirted. I think that Mitchell has great potential and could be the quarterback of the future for the Tribe, a quarterback that leads the College to winning seasons and back to the playoffs. However, the Tribe’s record sat at 2-3 after the setback against the Phoenix. The College was also 0-2 in conference, with games against more talented teams such as James Madison looming. The likelihood of the College making the playoffs was very low. Therefore, I do not understand why the Tribe would choose to play Mitchell and end the possibility of him being redshirted and being eligible to play for four more seasons. Even if Mitchell were to play well immediately, the Tribe would probably not do well enough to make a postseason run.

I think that if the College wanted Mitchell to get experience this year and be ready to lead the Tribe for the following three years, it should have started Mitchell in the season-opener against the Cavaliers. He could have gotten a season of game experience under his belt and would probably be a much better quarterback by the time the 2018 season-opener rolled around. However, the Tribe chose to play McKee against the Cavaliers. After that, it would seem like the much better decision to let Mitchell keep practicing and have him start his career next year as a redshirt-freshman. Then, Battle showed that he might be able to help get the College back on track when he replaced McKee last week. But Mitchell was named the starter against the Blue Hens. He will gain game experience, but I think this is the worst possible decision for the Tribe. Mitchell does not get the full season of game experience and he also loses the possibility of having an extra year of eligibility.

As expected, there will be growing pains for Mitchell. He must continue to develop as a quarterback and gain confidence on the field. The Tribe ended up losing 17-0 to the Blue Hens, despite a strong defensive effort by the College. The offense struggled to move the ball against the Blue Hens and was unable to score in the shutout loss. Mitchell was 18-36 for 101 yards and two interceptions. His longest completion was just 13 yards. Mitchell showed potential despite an unimpressive statline and lack of offensive production.

I think with experience and maturity, he will be a great quarterback for the Tribe and will give the College a chance to have future success. However, I just wish the Tribe had not ruined his chance of having four years of eligibility after this season. But that is in the past, so now the Tribe must continue to play Mitchell and give him a chance to gain experience. If the College puts him right back on the bench, it will make the decision to start him today even more confusing and frustrating.