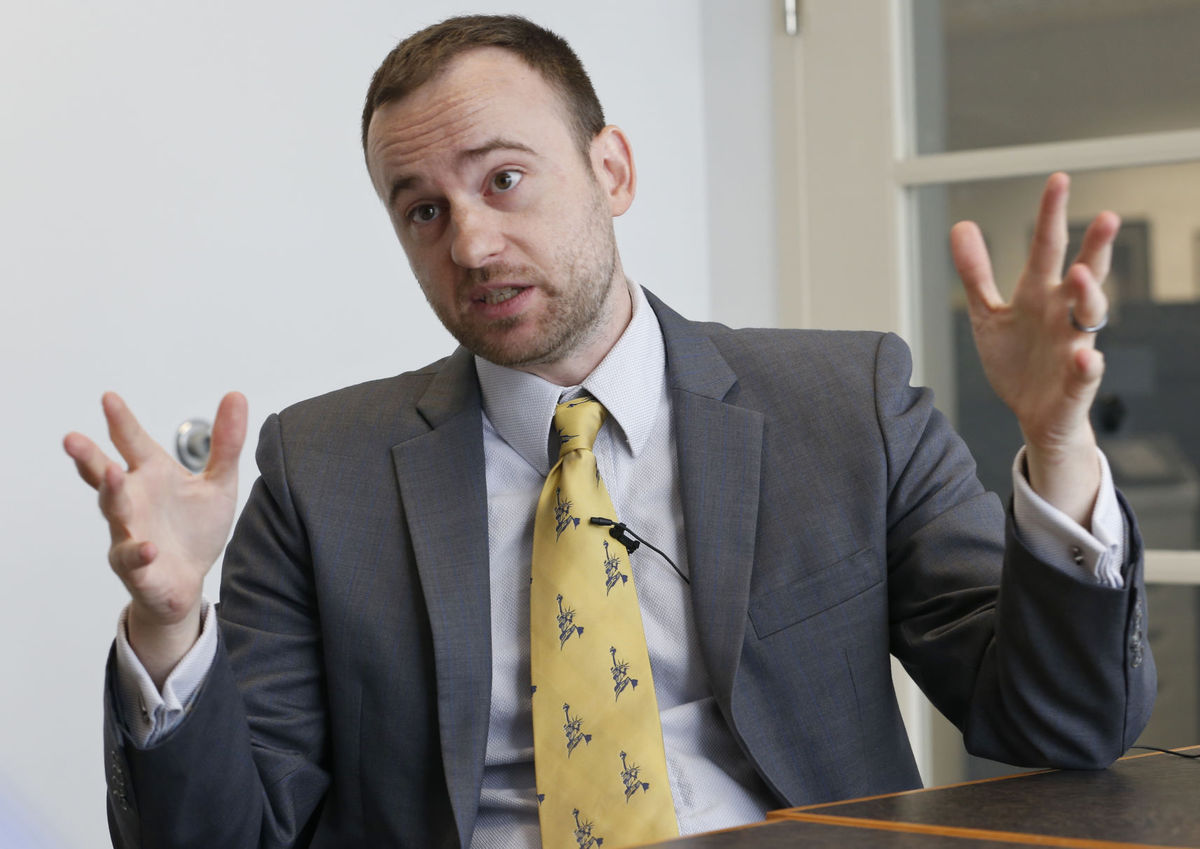 The Virginia gubernatorial race has garnered a lot of attention, as one of the first major races since the election of U.S. President Donald Trump. Additionally, whoever wins Nov. 7 will oversee the 2020 state redistricting and will have the ability to veto proposed district maps. However, much of this attention has been centered on Democrat Ralph Northam and Republican Ed Gillespie. There’s a third candidate, Libertarian Cliff Hyra, who hopes to use the position of governor to respond to the growing change in Virginia.

The 2017 gubernatorial race is Hyra’s first political endeavor. Hyra grew up in Fairfax County, and attended Virginia Tech, where he earned his bachelor’s in aerospace engineering. He then went on to earn his law degree from George Mason University and worked at boutique intellectual property law firms.

He is also a registered patent attorney, a member of the Virginia and District of Columbia bars, the International Trademark Association and the American Intellectual Property Law Association. His legal specialties are in the areas of domestic and international patent and trademark preparation and prosecution, opinions, appeals, enforcement and contested proceedings.

Gillespie and Northam have divided the race over several issues including immigration, health care, minimum wage laws and responding to the opioid crisis. Hyra’s platform addresses all of these issues as well as responds to the greater economy of the state and handles the question of Confederate monuments.

To cope with what he sees as a struggling economy, Hyra said that he wants to end what he calls job-killing business taxes such as the Business, Professional and Occupational License tax that taxes gross receipts. He also wants to end state occupational licensing requirements for cosmetologists, interior decorators and nail technicians.

Hyra also wants to support the state’s boom in food and drink revenue, by addressing what he sees as obscure and obstructive food and beverage laws. He wants to allow establishments to give away liquor at cost or loss as a customer perk, privatize the Virginia Department of Alcoholic Beverage Control and allow restaurants to pay wholesale prices for liquor.

Additionally, he wants to address taxes and spending to help the economy. He wants to exempt the first $60,000 of household income from state tax and to allow a $30,000 exemption for individuals. In terms of spending, he wants to appoint a commission modeled on the 2002 Governor’s Commission on Efficiency and Effectiveness and wants to authorize this commission to identify redundant services and streamline state agencies.

In terms of health care, which Northam and Gillespie have marked as a primary issue in this election, Hyra said that he wants to move away from a regulation-based health care system to what he sees as a more innovative health care system that would pull practices from other states such as Texas to improve efficiency.

He also wants to explore options for price transparency, expand legal care-giving roles for dental providers, nurse practitioners and physician assistants by removing the requirement of direct supervision of a physician. In terms of health insurance, he wants to allow the purchase of insurance across state lines to increase competition and allow medical care out of state or out of country where the cost and quality are better.

In terms of social issues, Hyra supports repealing prohibitions of same-sex marriage, civil unions and partnership recognition and bringing the constitution and code of Virginia in line with the ruling in Obergefell v. Hodges. Hyra also wants to reform Virginia’s Medicaid waiver system, which he sees as “broken,” to allow citizens with disabilities to make their own decisions.

Hyra has also addressed the status of Confederate monuments in his platform, which has caused current events issues, particularly in regards to localities such as Richmond, Charlottesville and Northern Virginia, as local areas have divided over whether or not to remove Confederate statues. He believes that the state should allow localities to make these decisions, and would encourage these localities to make compromise solutions so as not to polarize the state even further. On a personal level, he notes that he has concerns with keeping Confederate statues on public land that is maintained with taxpayer funds.