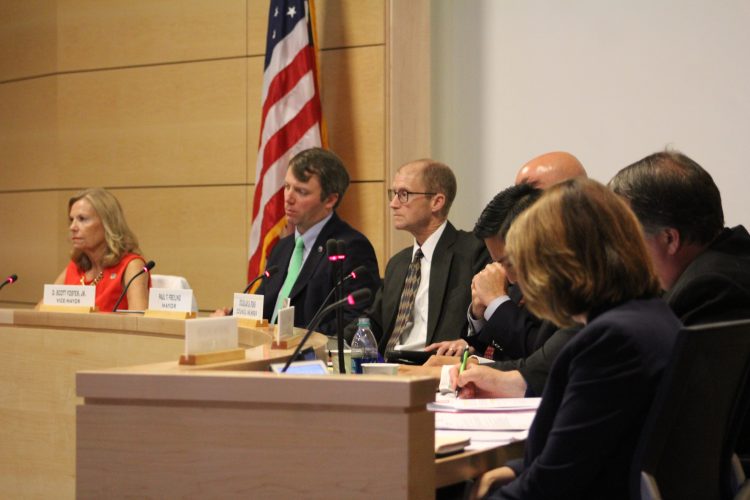 As the calendar year draws to a close, the Williamsburg City Council is finalizing its legislative agenda to be addressed at the Virginia General Assembly session in January. This year, priorities for the council include regulating the presence of Airbnb and other internet-based rental companies as well as group homes in the Williamsburg area.

With an increasingly shared economy, where individuals are able to borrow or rent assets owned by someone else, more people are recognizing the monetary rewards that come with renting out houses in close proximity to Colonial Williamsburg and the College of William and Mary. However, an increase in short-term rental homes, while profitable for owners, has raised concerns from individuals living in single-family home neighborhoods.

Assistant City Manager Andrew Trivette said this is not a new issue. Last year, Virginia Sen. Thomas Norment (R-Williamsburg) successfully sponsored a bill allowing localities to determine where rental homes could be located. This was a shift from the previously existing legislation that allowed Airbnb to establish anywhere.

Now, the Council is dealing with how to amend the City Code to reflect this new responsibility. The Council is currently conversing with residents to determine where these rental homes would be allowed in the City.

Council member Doug Pons, a Williamsburg resident for over 40 years, said that Airbnb can “take away from the tent of a single-family neighborhood,” as it is unknown who is coming in and out at any given time. Pons said that it is important to make sure these homes are allowed in locations that are agreed upon by residents and the local government.

The issue of regulating such uses is complicated by a need to balance the economic development aspect of the online economy and the needs of residents that expect true residential conditions,” Trivette said.

“The issue of regulating such uses is complicated by a need to balance the economic development aspect of the online economy and the needs of residents that expect true residential conditions,” Trivette said.

House of Delegates Rep. for District 93 Mike Mullin agreed that it is important to affirm the rights of localities like Williamsburg to regulate services such as Airbnb so that the future of the neighborhoods can be preserved.

The presence of group homes, places where a small number of unrelated people in need of care, such as those who are elderly or mentally ill, in the Williamsburg area poses legislative issues as well. Currently, the City doesn’t have jurisdiction over where group homes are located, as that is a state mandated decision.

Thus, the Council is asking the General Assembly to provide legislation that will give advance notice to municipalities when a group home is going to be located in its area of authority.

Pons sid that the City is in no way looking to limit or exclude group homes. Rather, it is only trying to simplify the process, as well as make certain that both residents and the Council are aware of the location of these homes in advance.

Concerns over safety have previously arisen in regards to the presence of group homes in neighborhoods and close to schools. Trivette said that this recent push for legislation was spurred by the unexpected presence of a group home in a local neighborhood.

“Because the City was unaware, we were ill-equipped to help manage the concern and mitigate

the frustration of our residents while helping the group home succeed,” Trivette said.

Mullin said that he understood the desire of residents to know who their neighbors are, but that he wanted to ensure communities were taking care of vulnerable populations.

“If we’re going to be serious in Virginia about tackling the ongoing mental health crisis, we need to make sure that we are taking care of those vulnerable in our community and not demonizing someone just because they’re ill,” Mullin said.

He said there is a current backlog of people at Eastern State Hospital who would be able to leave if not for the lack of beds in group homes within the state. He also said he believes residential concerns over the safety of group homes are essentially baseless, because these types of facilities have been present in the Williamsburg community for two decades.

There haven’t been [previous] instances of violence or lack of security for our neighbors,” Mullin said.

“There haven’t been [previous] instances of violence or lack of security for our neighbors,” Mullin said.

Mullin, who visited Williamsburg last week to go over the legislative agenda, said that his biggest priority at this time is supporting the citizens and hearing their requests. These concerns will be addressed during the annual meeting of the General Assembly, beginning Wednesday, Jan. 10 and lasting for 60 days.

In addition to these two issues, Pons said that tourism is always a major concern for a city such as Williamsburg which focuses solely on service.

“Virginia spends far less than some of our neighboring states on tourist promotion; we’ve got to get more money into the Virginia Tourism Corporation and have that funneled back to the local jurisdictions,” Pons said.