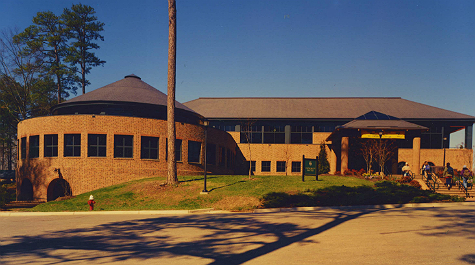 Friday, Dec. 1, the College of William and Mary celebrated World AIDS Day after a week of HIV/AIDS awareness events. The week kicked off with a film screening of “Common Threads: Stories from the Quilt,” a 1989 documentary about the AIDS Memorial Quilt that was unveiled on the National Mall in Washington D.C. in 1987. Thursday, the screening was followed by an evening talk about safe sex. Friday, the week concluded with people wearing red ribbons to promote awareness and tabling at the Sadler Center.

Eric Garrison M.Ed. ’94 has been working as the assistant director of the Office of Health Promotion at the College since 2011. Over two decades ago, Garrison was a graduate student at the College’s School of Education, and was a peer educator in his free time. Just a few years before he was a graduate student, the first World AIDS Day was recognized in 1988. This year marked the 29th anniversary of this event.

For Garrison, the ‘Common Threads’ screening and the significance of the AIDS Memorial Quilt carry emotional weight.

Each quilt panel was three feet by six feet, which is the size of a standard gravesite,” Garrison said. “[The quilt] was a creative outlet, it was an emotional outlet, it was a visual outlet, for everyone to say this is someone I loved.”

“Each quilt panel was three feet by six feet, which is the size of a standard gravesite,” Garrison said. “[The quilt] was a creative outlet, it was an emotional outlet, it was a visual outlet, for everyone to say this is someone I loved.”

Garrison also spoke about the campus climate surrounding HIV/AIDS based on what he noticed both as a peer educator in the 1990s and as a sexual health professional today.

“There is a lot of HIV-phobia and homophobia,” Garrison said. “And people still think that HIV is a gay disease. … All week long we’ve heard from various people across campus, ‘I really want to go to that but I don’t want to be seen at that,’ which was our philosophy back in the 80s.”

Garrison said that when he was a student at the School of Education, peer educators were on the front lines of HIV/AIDS education and prevention. In 1994, Garrison organized an HIV/AIDS and safe sex awareness event on campus and elicited angry responses from College alumni.

“They may not know it, but [Health Outreach Peer Educators] has its origins in HIV prevention,” Garrison said. “Many peer education groups across the United States started not because of alcohol or smoking, but they started in the 1980s because of HIV.”

Ginger Ambler ’88, Ph.D. ’06, who is now the College’s vice president for student affairs, was also a peer educator during her time as an undergraduate student on campus. Ambler was a member of Facts and Referrals on Human Sexuality, a group which primarily functioned to teach students how sex worked. Much of this group’s focus was also on contraception. During her time at the College, the HIV/AIDS crisis began to draw national attention.

“Our efforts focused on getting accurate information, to the extent that [it existed] … but there was a lot of fear,” Ambler said. “So we tried to combat fear with information and knowledge.”

Ambler said the biggest difference in the campus climate since the 1980s was sparked by the change in outcomes for those diagnosed with HIV/AIDS. She said that with advanced treatments, a diagnosis of AIDS isn’t a death sentence.

“The biggest difference is the outcomes of AIDS,” Ambler said. “At that time, we didn’t have treatments, and people were dying by the thousands. I don’t hear students [today] talking about HIV/AIDS. I don’t have a good sense of students’ awareness of HIV/AIDS as different than other STIs … we don’t talk about HIV/AIDS the same way [anymore].”

One student initiative, led by Student Assembly, is the subsidization of testing for sexually transmitted infections, including HIV. Each year, the SA senate votes to continue to allocate money to the Student Health Center for this subsidization.

According to SA Vice President Annelise Yackow ’18, the Student Health Center screens students who come in for testing to determine who should or should not be tested, to deal with the volume of students requesting the testing and to make sure that students are not paying for more tests than they need.

The health center is going to begin doing more screening to determine who should or should not be tested to ensure that those who have a very low risk are not paying for a full panel of tests,” Yackow said.

“The health center is going to begin doing more screening to determine who should or should not be tested to ensure that those who have a very low risk are not paying for a full panel of tests,” Yackow said.

The HIV test at the Student Health Center is available to all students, and costs $25.