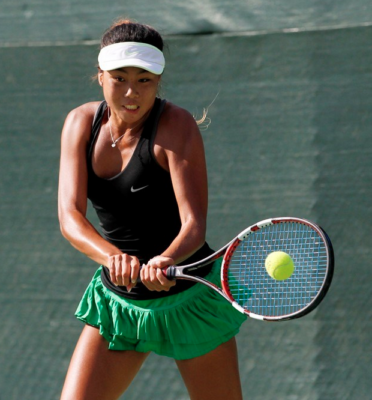 Saturday, William and Mary welcomed North Carolina to the McCormack-Nagelsen Tennis Center. The Tribe fell to the Tar Heels 7-0 with only two singles matches going into close third set tiebreakers.

Senior Ekaterina Stepanova fell to No. 38 Sara Daavettila 6-0 in both sets at the No. 3 spot, the first pair to finish. Sophomore Natalia Perry followed at the No. 4 spot, losing both sets 6-3 to No. 18 Jessie Aney. Senior Olivia Thaler and junior Clara Tanielian both dropped each set 6-2 against Alexa Graham at the No. 5 spot and Alle Sanford at the No. 1 spot, respectively.

Sophomore Rosie Cheng went into a third set against No. 11 Makenna Jones at the No. 2 spot after dropping the first set 6-3. Cheng came back in the second set with a 6-2 victory, but fell 11-9 in the tiebreaker set. Junior Lauren Goodman finished last in the No. 6 spot against No. 124 Chloe Ouellet-Pizer. After taking the first set 6-4, Goodman fell short in the following sets 6-4 and 10-4, respectively.

As doubles commenced, Cheng and Goodman took on Aney and Graham at the No. 1 spot. They ultimately fell 6-1 to the Tar Heels pair. At the No. 3 spot, Perry and senior Cecily Wuenscher took on Jones and Marika Akkerman, also falling 6-1. Stepanova and Thaler’s contest at the No. 2 spot went unfinished at 4-3.

Sunday, the College hosted SEC foe Tennessee, resulting in a 6-1 loss. The Tribe’s single point came from Cheng’s victory at the No. 2 spot.

Cheng’s match at the No. 2 spot against Elizabeth Profit finished last. Cheng took the first set 6-2 before falling 7-6 in the second set; she won the tiebreaker set 10-4, resulting in the Tribe’s single point against Tennessee.

Stepanova and Thaler fell 6-4 at the No. 2 double spot against Riley and Staines. The Tribe duo of freshman Vitoria Okuyama and Tanielian defeated McGiffin and Chelsea Sawyer 6-4 at the No. 3 spot, leaving the fate of the doubles point to the No. 1 spot. Cheng and Goodman ultimately fell to Hammond and Schuck 6-4, concluding the contest.

This weekend, the College will travel to Chapel Hill, North Carolina to compete at the Intercollegiate Tennis Association Kick-Off Weekend. The Tribe will begin by facing off against Illinois Jan. 26 before either competing against Winthrop or a rematch against North Carolina Jan. 27.