William and Mary Athletic Director Samantha Huge announced Mar. 13 that head coach Tony Shaver will not be retained for the 2019-2020 season. Despite praising Shaver’s “commitment and service over 16 years to William and Mary,” Huge made it clear that Shaver failed to fulfill the administration’s post-season expectations after being upset by fifth-ranked Delaware in the first round of the Colonial Athletic Association tournament.

“We have high expectations for our men’s basketball program, including participating in the NCAA tournament, and we will not shy away from setting the bar high,” Huge said.

“We have high expectations for our men’s basketball program, including participating in the NCAA tournament, and we will not shy away from setting the bar high,” Huge said. “Now is the time to begin a new chapter in William and Mary basketball.”

Shaver is the winningest coach in school history, boasting a 226-268 record over his 16-season tenure; he has overseen four of the six total 20-win seasons that the Tribe has earned since 1960. In addition, Shaver led the College to six consecutive seasons of double-digit conference wins, a feat no current CAA team has accomplished.

Though Shaver’s overall losses outweigh his wins, this is not a new phenomenon for the Tribe’s basketball coaches. The College hasn’t employed a coach with a .500 record since 1983.

Huge declined to tell the Williamsburg-Yorktown Daily whether or not Shaver was fired and Pete Clawson, Senior Assistant Athletics Director for Public Affairs, followed her lead, though he did confirm to the Daily that Shaver “did not resign.”

Huge acknowledged the pivotal role Shaver has played in shaping the program and its players. “He is a teacher not just a coach, and his impact on hundreds of young men will be felt by them for years to come,” Huge said.

The Tribe reached the CAA championship game four times during Shaver’s stint as head coach, most recently in 2015, when the College fell to Delaware by a single point. Since then, the Tribe has lost in the semifinal round of the CAA tournament every single year, except its most recent defeat in the first round.

The College remains one of only four original Division I schools that has yet to make an appearance in the National Colonial Athletic Association tournament. Huge reported the beginning of a nationwide search for the program’s next head coach, although who will make up the search committee remains to be seen. 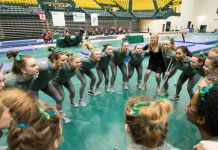 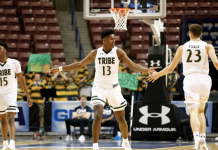 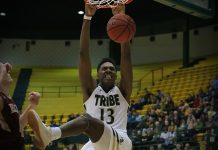