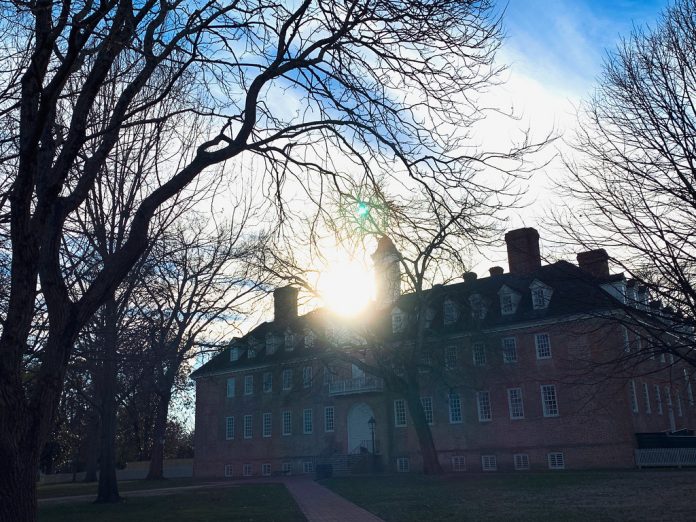 Nov. 11 each year, the United States honors its brave veterans who fought for their country in a holiday known in the U.S. as Veterans Day.

As an institution which predates the country itself, the College of William and Mary has educated and commemorated veterans from practically every war in the nation’s history, as testified by the several memorials to veterans from various wars located within the halls of the Sir Christopher Wren Building to this very day. Indeed, the College continued its trend of honoring our nation’s veterans in a variety of appreciative gestures this year, from the breakfast for veterans hosted by the Office of First Year Experience on Veterans Day itself, to a flag-raising ceremony Nov. 13, to a Military Appreciation Football Game Nov. 16, complete with a free tailgate for ROTC and veteran students.

All of which is wonderful, and well-deserved by our veterans who participate. Nevertheless, there is still a major problem with the College’s observance of Veterans Day: the College itself is not closed for the day in observance.

Closing the College for Veterans day is quite logical. After all, with around 65 percent of the College’s undergraduate population originating from Virginia  as per its state college status, it is reasonable to assume that many of those students’ families, and therefore any veterans in the family, live within the state as well.

What would be a better place to spend Veterans Day with the family than Williamsburg, a city with such a strong historical atmosphere within the locations of Colonial Williamsburg and even the College itself?

Furthermore, with a sizeable veteran student population on campus and approximately 1,024 veterans living in Williamsburg, according to the United States Census Bureau, why is there not a break from the day-to-day grind of student activities in order for a wider Veterans Day event to be held for the city, maybe even one hosted by students of the College itself as a volunteer event?

This event could further benefit the veteran family members of those in-state students mentioned earlier, and could be a great volunteer opportunity for the non-veteran students of the College in order to give back to the men and women who risked everything, including their lives, for the nation’s security and prosperity. As per the volunteer nature of this proposed event, not all students would be forced to participate; however disagreeable it may seem to some, the freedom to make such a choice is one of those for which our veterans bravely fought.

Nevertheless, with the general appreciation for veterans which can be found throughout the Williamsburg community, as well as the outstanding record of community service for which the College is rightfully proud, there is no reason to question whether such an event is worth undertaking to commemorate those who protected the United States.

So, what will it be? A parade? A great feast? A community cider run to Colonial Williamsburg? The author gifts this proposition to the public for debate, and extends his belated gratitude to the veterans of the United States, and hopes that the College will close for future Veterans Days to allow more opportunity to honor veterans.