Tanner Braman ’20 will address the College of William and Mary community Friday, Feb. 7, as part of the 2020 Charter Day ceremonies. Each year, the university selects a student who represents the values of the College to address the student body, faculty, staff and alumni gathered for the annual  ceremony.

Braman is a double major in chemistry and international relations, and was selected from a competitive pool of applicants to speak at the ceremony. Throughout his time in Williamsburg, Braman has made exceptional contributions to the university’s community. Braman served as a President’s Aide with College’s former Presidents Taylor Reveley III and Katherine Rowe. He has also served in the Queens’ Guard, worked as a resident assitant  and conducted research as a research assistant.

After learning that he was to speak at this year’s Charter Day Ceremony, Braman said he was both surprised and elated by the news.

“I was pretty excited,” Braman said. “I may have gone over to an empty stairwell and given a whoop or a holler. It means a lot to me to be able to do this and it was just quite exciting to receive an opportunity and an honor like this that also I didn’t expect to have.”

Braman said the message he wants to convey in his speech is how to translate one’s overarching vision for the future into everyday action.

Braman is originally from Seattle and came to the College to experience a different part of the country . When asked about his inner motivations and drive to succeed, Braman said he views himself as answering a call.

“I see life as a challenge for us,” Braman said. “When I think about what I want out of life or what I want to accomplish in life, I think that that’s the wrong question actually. I think the more appropriate question is, what does life want out of you. I think we can kind of hint at what the answer might be given our opportunities, and the way that you answer the question is by making something out of those opportunities or by exercising those opportunities, by making all that you can or making something of them. … For me, I want to meet that challenge. I want to give what I have out of respect to the opportunities that I’ve received.”

Braman has had a long-standing interest in emergency medicine. Braman said one of his dreams has been to become a trauma surgeon, a desire he traces back to watching television with his family.

“It was actually watching ‘Grey’s Anatomy’ with my mom and my sister,” Braman said. “There was a trauma surgeon on there and I didn’t know what a trauma surgeon was. … I asked my mom what is a trauma surgeon … and she told me that a trauma surgeon is kind of like the rocket scientist of the medical field. Whether or not that’s absolutely true, I don’t know, but that intrigued me, initially. I am quite interested in physiology and anatomy. … I think that the human body is just a miraculous thing.”

Braman said one of his favorite parts of his tenure at the College so far was spending a semester in Washington, D.C. while interning for congressman and fellow Seattle native Rep. Adam Smith.

“One of the big things I took away from that is that on the opposite side of surgery or emergency medicine was that policy is a another really good way to make a difference in someone’s life,” Braman said. “But it is intangible, it’s obscure. You have the opportunity to affect thousands … federal level, but the policymakers are fairly removed from those individuals and from seeing on a day-to-day basis how that plays out. … I’ve recognized that policy is another very powerful way, in fact, potentially more powerful because you can affect more people, but it’s just less tangible and it’s less certain, the good that you are doing for other people.”

Despite the differences between his two majors, Braman said he views his interest in both disciplines as stemming from his desire to make a positive impact on people’s lives.

“I think chemistry and international relations are quite disparate,” Braman said. “In fact, that’s something that I’ve enjoyed about them because if I have a class in economics or government at one point in the day and I have a class in chemistry or biology or something else in the latter part of the day, I can think in different ways. In what they would lead to for me, both can end up contributing to making a difference to someone’s life. Both definitely require a systems approach. The systems are less finite, they’re less predictable, far less predictable on the international relations side, but we still develop theories to explain how the world works.”

Braman said that the relationships he has built at the College will be one of the most memorable experiences he will take with him once he graduates.

“It’s been … really just building relationships and having the chance to learn from and be inspired by my peers here,” Braman said. “The day-to-day interactions or the day-to-day conversations over the dinner table or over breakfast, coffee, whatever it is, especially developing these ideas of how best we live our lives, how best do we comport ourselves and seek to make life better, for ourselves and for others.”

“It’s been … really just building relationships and having the chance to learn from and be inspired by my peers here,” Braman said. “The day-to-day interactions or the day-to-day conversations over the dinner table or over breakfast, coffee, whatever it is, especially developing these ideas of how best we live our lives, how best do we comport ourselves and seek to make life better, for ourselves and for others.”

When asked to condense the message of his speech to several sentences, Braman said that everyone faces choices in their everyday lives, and the outcome of our largest hopes and dreams depends on our responses to these small choices and opportunities.

“In everything we do, every opportunity that we have, we have a choice,” Braman said. “We can either choose what we want for ourselves, or we can choose something that hopefully will contribute to something greater than ourselves, and that plays out in so many little opportunities throughout the day, throughout the week, and they matter, because it’s those little things that build up to the big things that we always think about, that we always recognize. … It’s through the diligent struggle that we have, choosing the right thing, or exercising to the fullest the little opportunities that we have.” 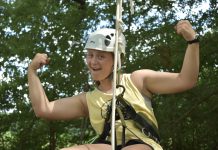 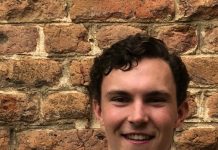