It’s a real shame the worn-down sole seam on my left Converse opens up like a crocodile’s jaw and exposes the sweaty sock tongue before chomping back down on the pavement. In the daytime, I didn’t bother fixing it because it made me laugh.

What an idiot. I can’t run away like this. Now all I can do is wait while whatever demon living in the Matoaka Woods slurps the life out of my eyes like a big bowl from Pho 79 in Newtown. How inconvenient to die here; it’s not as if there’s anything unusual about a soulless sophomore wandering around the Mason School of Business incapable of communicating his dire need for an exorcism. The haunted trail on this side of campus makes me uneasy.

Our paranormal past might be the College of William and Mary’s worst kept secret. I’ve been told not to mention it to prospective students before. I think the cost of tuition or the condition of our residence halls and dining halls should be enough to spook them, but I don’t make the rules. Anyway, many of us know the story of the girl who died by suicide in St. George Tucker Hall, but I don’t get the feeling she looms all the way over here on the haunted trail. Besides, five consecutive days of intermediate Spanish classes per week is a much more efficient way to kill an undergraduate student.

Even to an atheist like me, the idea of these vengeful ghouls that were only freed from the enslavement of the College by death doesn’t seem too far-fetched. Hell, I can’t even blame them for haunting our campus now.

If there’s a silver lining, it’s that they might learn from my untimely demise. It’s 2020 and diversity is the talk of the town. But do we even know what we’re talking about? For starters, we all still pronounce “Matoaka” incorrectly. Seeing as it may become my eternal resting place, I’d appreciate it if we could make some adjustments on that front. Next, we have the $40,000 question: which ethnic group, once again, composed the majority of the class of 2023? If you didn’t guess white, then you need to read more. But who really cares which groups are included, as long as we make sure the College has $57 million to build a basketball stadium that we already have?

Side note, if you really are one to passionately believe that basketball is an integral piece of the College’s heart and soul and that the proposed Kaplan renovations are justified by the dynamic communal benefit, then transfer to the University of Virginia.

Getting back on track, do you know what else is white? Ghosts. Klansmen, too. I wouldn’t be surprised to see either at this point of the historic campus as I approach the end of the haunted trail, the spellbound mound of mulch imposing its ominous will onto my shivering body, from head to crocodile foot. 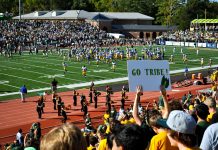 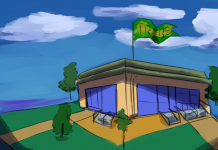 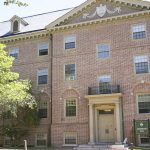 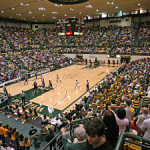 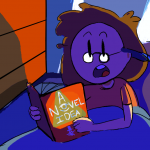