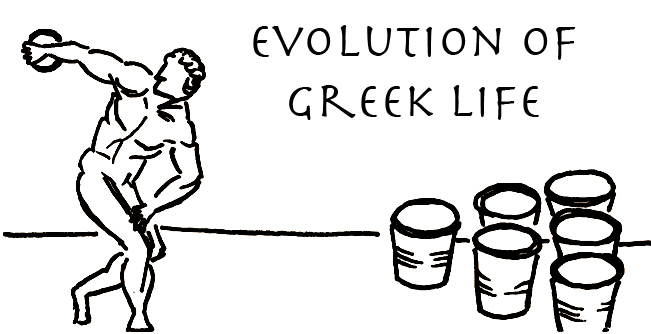 With spring rush over and the fraternity complex just 18 months from completion, I began to wonder how the new complex will change Greek life at the College of William and Mary.

To know where fraternity life is going, it’s critical to examine where it is today. According to a January report from the Office of Greek Life, there are 19 social fraternities, with an average membership of 32 brothers. To put that in perspective, the average fraternity has four fewer brothers than the number of beds in each unit of the current fraternity complex.

I consulted Pat Daley of Thefraternityadvisor.com to figure out how the College’s fraternities and the units came to be so mismatched in the first place. Daley explained that fraternities peaked in membership in the ’70s and have been in decline ever since.

The units were completed in 1967, just before this peak. Daley clarified that during the ’70s “a lot of universities built houses for their chapters. Obviously, they were built to house the chapters for the membership sizes they were back then. Two things have happened since: first, fraternity membership started to decline; second, the houses became old.”

Daley described a vicious cycle of declining membership and housing woes. As membership decreased, chapters struggled to fill their houses. Many chapters, like those at the College, were required to pay for vacancies, which caused a shift in chapter dues away from desired programming and toward the cost of empty rooms. As chapters began to have less bang for their buck in terms of dues money, recruitment was negatively affected and membership decreased further.

The new complex will consist of one community building and 11 houses, each with 17 beds. Associate Director for Greek Life and Leadership Anne Arseneau said that in order for a chapter to be eligible to apply for the new housing, it must have a three-year average of at least 34 members. The hope is that size is a significant enough buffer for the new complex to remain a perfect fit for a long time.

The first effect of the new fraternity complex is obvious: between spring and fall 2013, the number of chapters on campus will almost double from the six currently in the units to 11 in the new complex. Fraternity life will immediately become a much more visible part of campus.

Arseneau expects recruitment to benefit from this change. Having 11 chapters on campus will highlight the diversity of the Greek community in a way that will better appeal to the diverse student body.

While Arseneau said that the new complex will be a great showcase for rush, there is also a possibility that the move to smaller houses might drag down chapter sizes in the long-term, as chapters no longer worry about keeping a unit full.

On the social front, the days of your entire freshman hall going to all three dance parties happening in the units on a Friday night will be gone. While there will be no changes to the event registration and campus alcohol policies, the floor plans of the new buildings suggest that there won’t be the space in the smaller common areas to cram hundreds of people in until even the walls are sweating.

For the four fraternities which currently each occupy an entire unit, the move to the new fraternity complex will halve their number of beds on campus. Some have speculated that the new complex will lead to a more heavily off-campus social scene. Arseneau disagrees.

She pointed to 2009, when three fraternities voluntarily left the units, because filling them became cost-prohibitive. The shift in fraternity men off campus was marginal then, as the crop of desirable off-campus houses remained the same. Instead, the change will allow chapters to be able to offer the flexibility that brothers want when making their housing choices, to be an RA or live in a nicer dorm rather than requiring them to live in the unit.

The success of the new complex remains to be seen, but change is definitely coming, and the Office of Greek Life is betting big on the new complex.The College has “a responsibility as the birthplace of the American college fraternity to showcase the best that fraternity life can be,” Arseneau concluded.