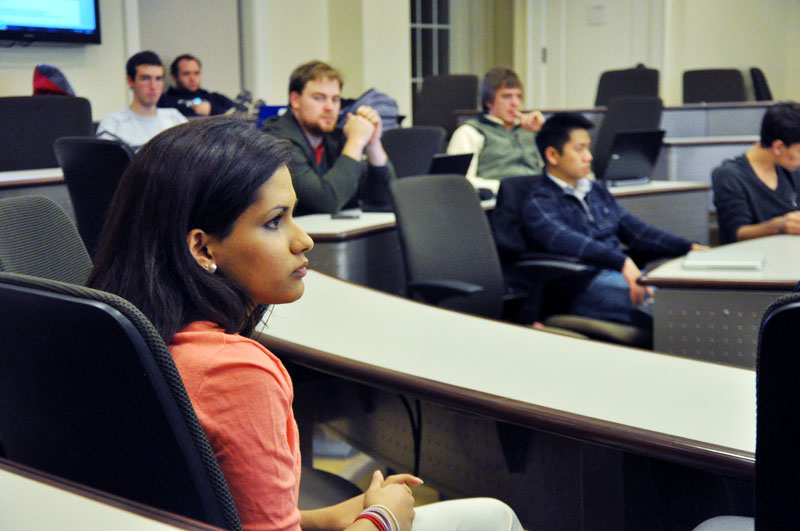 Students are accustomed to the luxury of the at-cost STI testing offered through the College of William and Mary Student Health Center. On Tuesday, the Student Assembly senate voted to aid in the continuation of this initiative through Student Health Act III 1/2.

The act allocated an additional $2,000 from the Student Activities Reserve to continue the full subsidization of STI testing for students at the College until the new budget takes effect later this summer. The initiative previously fell into jeopardy when funds already appropriated for the subsidization dropped below $2,500.

“I think it’s a great cause and something that needs to be provided to the student body,” Sen. Kendall Lorenzen ’15 said.

Senators questioned exaggeration in describing the need for this program, specifically the real necessity for it and several flaws in the method of statistical measurement.

The act cites statistics drawn from a student-wide survey stating that 87 percent of the student body voted in favor of STI testing. Sen. Joe Mehan ’12 pointed out  that the statistic  in question only draws from those students who completed the survey and not the full student body.

“I believe there are certainly some students in this college who are financially strapped; at the same time I have some issues with who will be taking advantage of this when they can pay for it themselves,” Sen. Ryan McManus ’13 said.

Senators also spoke out in favor of STI education and awareness for the student body. The act’s sponsor, Sen. Douglas Haynes Law ’12, said these initiatives are already in the works within the Executive Department for Student Health and Safety in addition to the SA.

The senate also unanimously approved Tanuja Potdar ’13 as Chair of the Independent Elections Commission. Potdar will be in charge of implementing the SA election schedule during the next month and a half. Elections are scheduled for March 22.

“I’m organized, and I think that’s the biggest skill required for this job,” Potdar said. “I think I could do a pretty good job of putting it together.”

Senate Chairman Noah Kim ’13 and Sen. Grace Colby ’13 reminded senators to submit any amendments to next year’s budget by Friday. The finance committee is scheduling hearings with various clubs and organizations for this weekend to discuss funding.

Hear the Thunder of Our Chorus: A letter to W&M on the disregard of...

BIPOC Student Organizations - February 24, 2021
0
“In general, their existence appears to participate more of sensation than reflection…I advance it therefore as a suspicion only, that the blacks, whether originally...