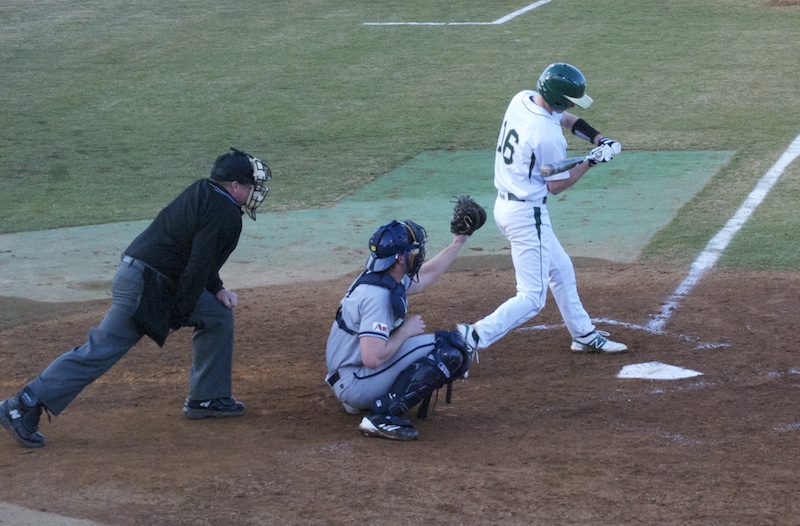 William and Mary dropped all three games in a weekend series against No. 1 Florida as the Gators outscored the Tribe by a combined 14-5.

On Friday, senior pitcher Cole Shain took the mound and went six innings, allowing just one run on five hits in the 4-1 loss.

The lone score came off freshman right fielder Josh Smith’s solo home run in the top of the third.

Junior starting pitcher Matt Wainman took the mound in game two of the three-game set Saturday, struggling with his control as he gave up five runs on six hits and two walks.

Florida continued to keep the Tribe bats quiet. Senior left fielder Tadd Bower scored the College’s only run off a solo home run in the top of the seventh. Once again, the College never led despite a plethora of scoring chances.

In the top of the fourth inning, sophomore infielder Ryan Lindemuth singled and freshman infielder Michael Katz drew a walk, and Florida pitcher Brian Johnson hit Bower to load the bases with one out. But sophomore catcher Devin White grounded into an inning-ending double play to squander another scoring opportunity. The Gators would ultimately get the 5-1 win.

William and Mary opened up the scoring with an RBI single to center by Katz. After the Gators rallied with a two-run third, the Tribe struck back in the top of the fourth when Bower scored on a balk by Florida pitcher Steven Rodriguez, tying the contest at two.

But Florida would follow with another two-run inning in the fourth and tacked on another in the fifth to take a 5-2 lead.

Katz drove a solo home run in the top of the sixth to cut Florida’s lead back to two, but the game would get called due to heavy rain later in the inning as Florida secured the sweep with a 5-3 win.