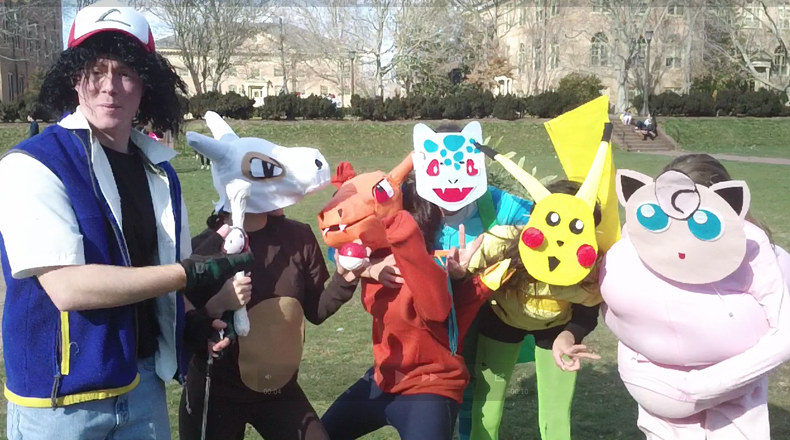 A clutch three-shot sixth hole secured the Flat Hat Campus Golf championship for sophomore Jared Foretek. Senior Walter Hickey had a chance to push the match into a one-hole playoff, but the four-year contestant pushed the putt too far to the right, settling for second a stroke out from the lead.

“All credit in the world to Walter. He played a heck of a round, but you just can’t top the top, and you can’t best the best,” Foretek said.

Foretek and Hickey both struggled on the first two holes as each dealt with the weather conditions.

“I needed seven strokes on an early hole, and that’s unacceptable. I told myself, look, if you want to be a champion, you can’t have lapses like that. So, late in the round, I really brought it,” Foretek said of the early going.

By the fourth hole, Foretek and Hickey were both three shots clear of freshman Chris Weber, the next-closest contestant.

“I was really happy with my eagle on the fourth hole. I was happy with my swing, and I really think that it came down to a double bogey on six that caused me problems,” Hickey said.

The sixth hole — a downward sloping and curving green — set the stage for the finale. Foretek’s drive left him five feet from the hole. From there, the sophomore needed only two putts to finish the day at 30 strokes.

“And that last hole — three strokes — I mean, come on, that’s just a whole ’nother level of greatness right there,” Foretek said. “Walter and I were tied heading into the final hole, but I don’t let pressure get to me. I never have and I never will. The biggest stars make the biggest plays on the biggest stages, and that final hole is always the biggest stage.”

Hickey’s drive hit the bumper and spun off to the left of the fairway. The senior had three putts to push the match into a one-hole playoff but failed to convert. Hickey finished with 31 strokes.

“I mean, the last hole was really where we figured out who would win this one. Jared played a great round, and it really could have gone either way on that last one. The man’s got a lot of respect for the game and proved to be a hell of a rival on the green,” Hickey said.

Weber finished third, seven strokes off the lead. Two other contestants forfeited their positions due to score-card errors.

“The night before Campus Golf, it was a bit rainy, so when we got there in the morning, it was a bit muddy — it wasn’t as bad as we thought it’d be. By the end of the day, it was a little torn up. I think it might have affected people’s game,” Persons said.

Foretek agreed that the weather did have an effect on the game.

“The day started out pretty rough. It was chilly, the wind was blowing and I think it took some time for me to get adjusted to the conditions,” he said.

Hickey complained of troubles with the wind as well.

“You really can’t overstate the impact the wind had on this game. I sliced it on the first [hole], but luckily the wind helped right it,” he said.

Foretek attributed his win to his mentor, junior Mike Barnes, who Foretek imitated on the course.  Barnes inspired the competition.

“I think the competition was fierce in the Mike Barnes Fan Club Campus Golf team, and that it really made us play on the next level,” Hickey said.

The close finish reflected a budding rivalry between Foretek and Hickey.

“Do I practice? Of course I practice. You think someone gets to this level of professional inebriated sportsmanship without dedication? All I know is that if Jared ever wants to throw down on a game of Dizzy Bat or a 5K Case Race, I’ll see him there,” Hickey said.

“I knew that Walter would be right there with me to the end, so I just stayed focused and played my game knowing that when I’m at my best, I really can’t be beat,” Foretek said. “If you wanna go down as the greatest, you gotta do it in those moments. So to shoot three with the whole thing on the line, that’s Jordan-with-the-flu right there. That’s David Tyree catching the ball off his helmet. That’s Reggie Jackson going yard three times in game six of the ‘77 World Series. It doesn’t get any better than that, and not to toot my own horn, but I’m confident that that final hole will go down as one of the single greatest performances in Campus Golf history.”