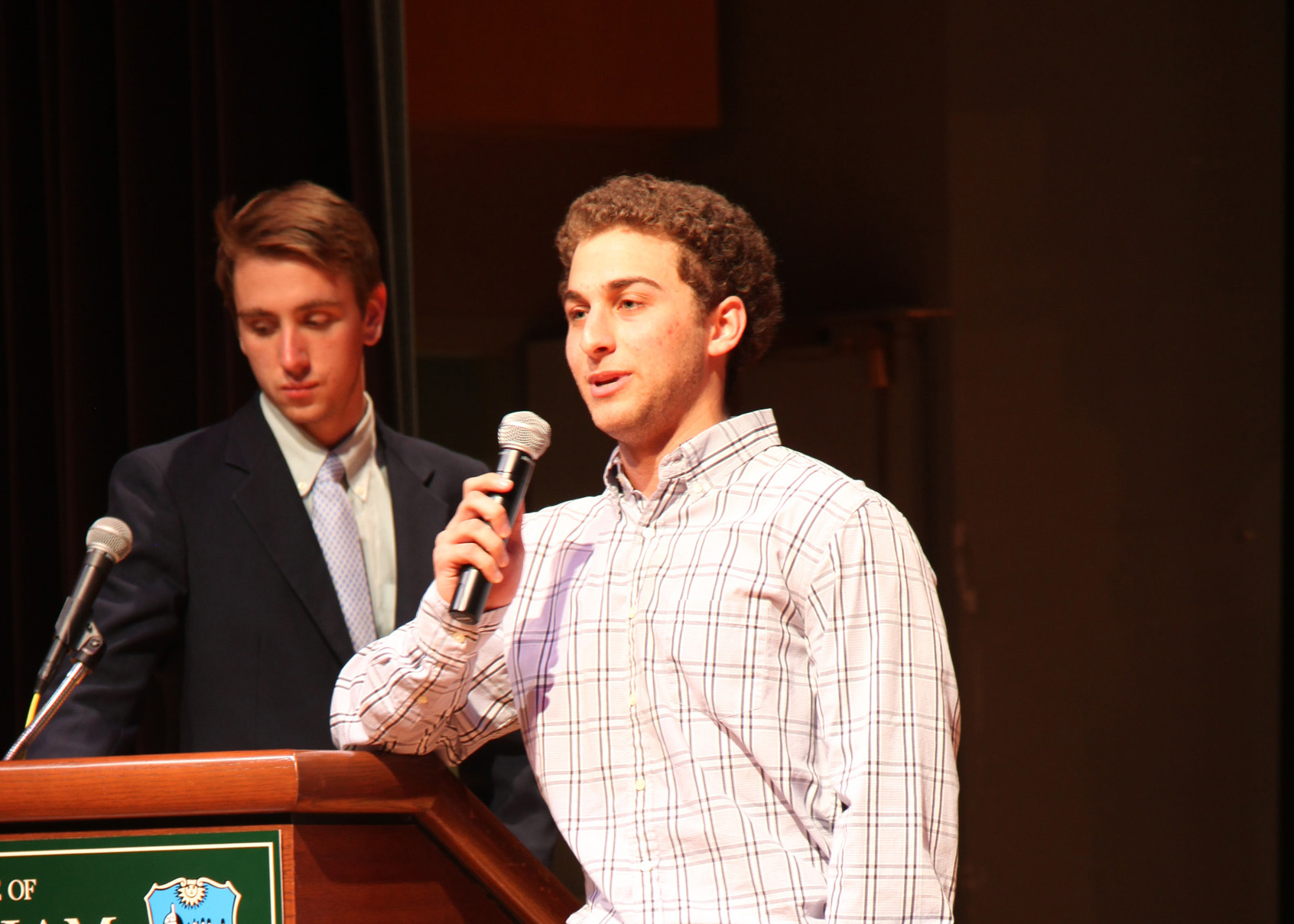 “Shake ‘N Bake,” an inseparable senior pair also known as Andrew Canakis ’13 and Andrew Salamone ’13, are in the running for Student Assembly president and vice president, respectively, with the intent of doing just what their slogan implies: shaking up the SA.

Roommates and friends for the past three years, the Andrews know each other very well. They collectively decided that their main goal is to bring a new spin to campaigning at the College of William and Mary, adding in new ideas and techniques that they believe to be absent from the usual campaigns.

“We have a really great connection. Other candidates may be picking people to run with them that they have just met, but we [Andrew and I] have a real sincere relationship,” Canakis said. “We want to bring something new to campus that hasn’t happened here yet.”

Among their various plans for change, the Canakis-Salamone campaign advocates for the start of a fall philanthropy event, sponsored by the SA, along the lines of an ‘Amazing Race’ College edition.  They also want to create an online forum or blog for students to submit ideas for change.

“Currently, the Student Assembly has events that a large part of the school doesn’t know about.  They need to have a greater presence,” Canakis said. “We’re sociable guys with new ideas who want to represent a larger part of the campus.”

Their shock and awe campaign strategy has been hitting the sidewalks in full force since the beginning of last week with distributed T-shirts, a Facebook group and website, an approved YouTube video with montages of strong political figures and a photo of the two candidates.

“We really want to have more frequent communication with smaller, punctuated messages,” Salamone said. “We don’t want to waste time telling people useless information, and, instead, we want people to hear the things they will actually care about.”

This pair has talked about running for months. After taking years of classes together and developing what they consider a good working relationship, the two decided to jump at the opportunity, and they have been striving to get their names out into the community since.

“We want to help the students enjoy it [the College] better,” Salamone said.  “It isn’t to say that we don’t already love this school, but we want to know how we can improve our feelings and our pride for it by addressing the shortcomings.”

One issue the two hope to tackle is parking. Through greater communication with city authorities to create residential passes with extended hours or designated spots for parking, Canakis hopes to ensure students’ timeliness to class and the avoidance of parking tickets.

The Andrews want to apply this same concept when working with College authorities to expand student enthusiasm and attendance to sporting events through assigned tailgating areas.

“These are some of the things that we can really change, and these changes are things that will actually make the student body happy,” Canakis said. “These are the specific things connecting the school together, and our platform is about getting it all done.”

However, new to the SA game, the pair has already been targeted as the underdog by some of their stiff competition with previous experience in SA.

“That’s why we have our Mel Gibson ‘Patriot’ profile picture; no one thought they would win. We’re very qualified and being pegged as the underdog just makes us campaign harder,” Canakis said. “We can really make a big improvement. This is how it works, and this is how we do it — by adding new ideas to the old system. It will naturally work to improve the Student Assembly.”