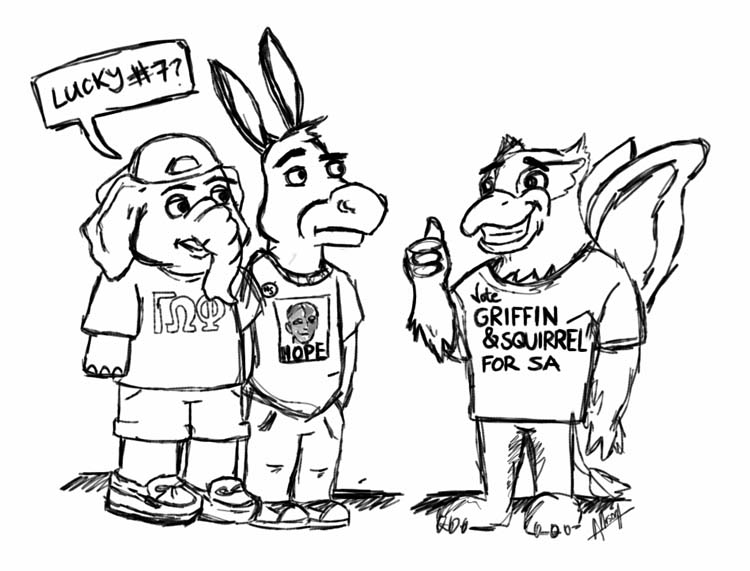 I can remember talking about the basics of politics and the structure of elections in the United States in my elementary school social studies classes. There was always an emphasis on the two-party system: the Democrats versus the Republicans. Third parties received little attention, and their influence was discounted in basic discussions of state and national elections.

At the College of William and Mary, however, the upcoming elections for Student Assembly president and vice president present a distinctly different scenario than the standard two-party conflicts that seem to dominate the national news for the upcoming 2012 presidential election. This year, there are six separate tickets competing for the student body vote. This number is markedly greater than the past couple of years, which have averaged two to three president-vice president tickets.

In my opinion, this surge in candidates displays an increased interest in the operations and decisions of the SA. In my experience as a student who is not directly involved in the SA, I hear almost no discussion regarding the decisions that they make. There seems to be a dichotomy between students intimately involved in the SA and the student body as a whole, which seems for the most part uninterested in the decisions of those that they elected to represent their interests. The SA acts as the voice of students when communicating to both the administration and the Williamsburg community, and it has control over hundreds of thousands of dollars in student activities fees that we pay every year. We should remember not to underestimate the influence of the president and vice president.

This year seems to indicate a shift in this attitude. The sole fact of having so many candidates in this year’s election shows that more students are bringing their unique voices and thoughts to the table. Candidates have begun to develop websites and utilize social media to convey their detailed platforms to the student body in an effort to make the actions and decisions of the SA more accessible and transparent to students.

In the end, however, these efforts require the student body to recognize their importance. Students must take advantage of this new infusion of energy by taking the time to compare the platforms of each ticket in order to decide which one most accurately reflects their opinions on the direction SA should take in the future. We were all accepted to the College because of our intelligence and problem-solving abilities, so lets not embarrass ourselves by remaining apathetic about our election process. I encourage each and every student to take the time to show that they care that their exorbitant student activities fee is spent wisely on the things about which they care.