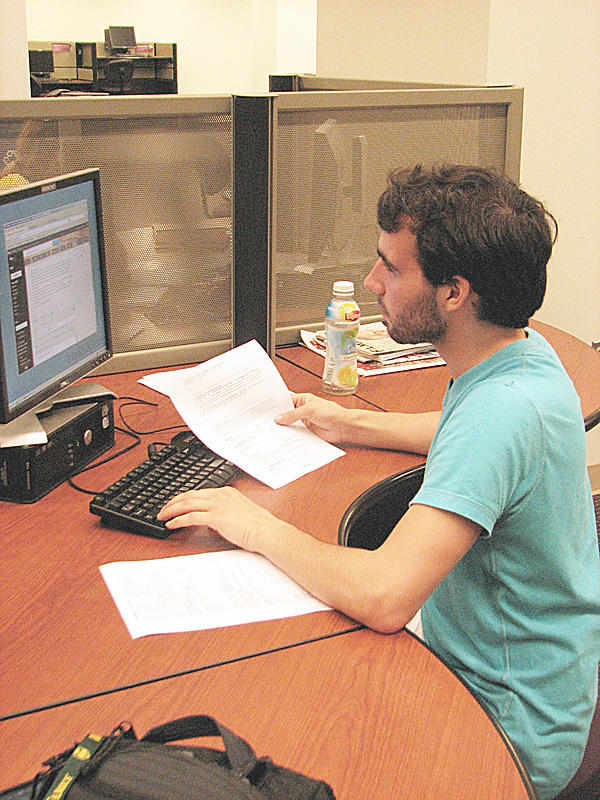 In a time when nearly a third of the U.S. population graduates from college, and when 5.8 million students have been loaned some amount of money by the federal government, some are questioning whether the benefits of a diploma outweigh the cost.

Recent results of the Collegiate Learning Assessment, an essay exam designed to measure the amount students learned from freshman to senior year, have cast some doubt on exactly how much undergraduate students are soaking in during their time at college.

Richard Arum and Josipa Roska, authors of “Academically Adrift,” incorporate survey responses, transcript data and the CLA into a research study which in fact, concluded that for a large proportion of students, the answer is that a diploma is not worth the cost.

Their analysis of over 2,000 students at 24 institutions of higher education indicated that 45 percent of students demonstrate no significant improvement in such skills as critical thinking and writing during their first two years of college.

Administrators assert that this is not the particular case at the College of William and Mary.

“There is zero evidence that this is true at [the College] and much evidence to the contrary,” Provost Michael Halleran said in an email.

Critics of the study argue along similar lines, pointing out that the size of 2,000 students is too small to draw conclusive results.

“CLA in my view is too narrow a measure and doesn’t reflect adequately the breadth of skills and knowledge that are developed in college,” Halleran said in an email.

The educational community is divided on the topic, some believing that the CLA could usher in a new era of accountability, others saying it is entirely incapable of rendering judgment.

“I don’t think it can adequately measure the intangibles you learn throughout your college career, so the CLA doesn’t seem very plausible,” Elena Rosenblum ‘15 said.

At the College, there are multiple tracking mechanisms in place to gauge how successful students are without necessitating a test such as the CLA.

“In addition to routine course work, we have capstone projects of all sorts,” Halleran said in an email. “Southern Association of Colleges and Schools, the College’s accrediting body, mandates that each department or program have an assessment plan and we monitor program effectiveness that way, as well.  We also follow our students’ success in the world, whether immediately in professional or graduate school or more broadly. By all these measures, our students fare extremely well.”

Despite rising tuition costs, College attendance continues to increase every year. In addition, a bachelor’s degree is now a requirement for a number of professions in which it was not previously. While only about 57 percent of the nation’s students graduate in six years, the College graduates 90 percent of its students on time, and for some students, the value of the College education involves more than just obtaining a diploma.

“I don’t think it’s a good idea [the CLA] because, as a senior, there are a lot of things I learned as a freshman that I could not regurgitate,” Jocie Scott ‘12 said. “Throughout college, I’ve learned more about how to articulate my ideas than the specifics. There is also so much more to college. You learn all about how to live on your own and make it in the real world.”

Halleran pointed out that the responsibility for learning lies both with the student and with the professor.

“College provides a large range of opportunities and students develop a host of skills and habits of mind,” Halleran said in an email. “Critical thinking is clearly an extremely valuable one, so is the ability to construe texts, analyze data, argue — orally and in writing — persuasively, ask probing questions, think creatively, respect different points of views and develop the confidence to make a difference in the world.  William and Mary students stand out by these measures.”