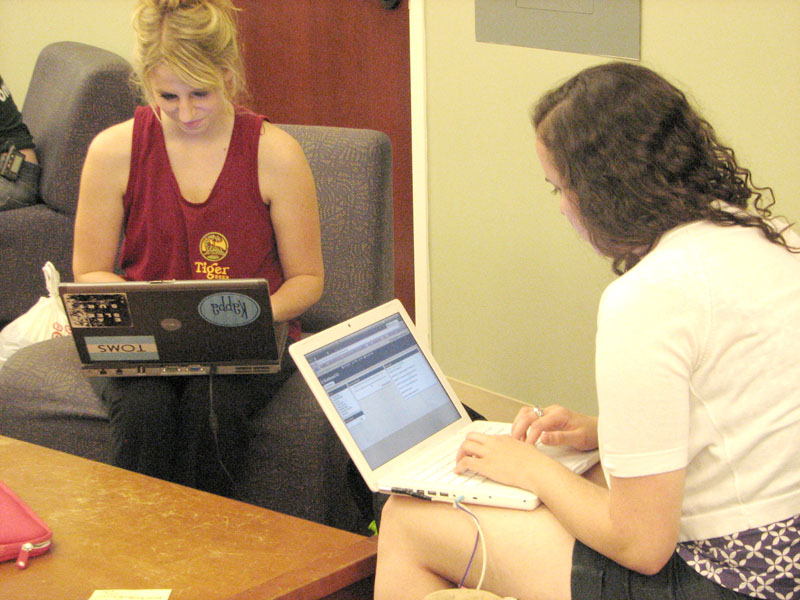 Social security number, phone number and home address have long been expected information on a job application. Yet traditional expectations have received a shock from the rise of social media as Facebook passwords have become another blank applicants are asked to fill, challenging the distinction between private and public life.

With graduation weeks away and job prospects pinched in the current economy, many seniors feel caught between a rock and a hard place.

For some politicians on Capitol Hill, however, asking for social media passwords is a blatant breach of privacy, bringing the debate between social media privacy and public information to the fore.

“It seems like a huge overstep on the employer’s part,” Jordan Scott ’14 said. “I feel like if you are a good candidate for a job, it should be all your interview.”

Many students expect employers to look up their profiles, but believe giving up their Facebook passwords enters a unprecedented level of personal privacy violation.

“Part of Facebook is private for a reason,” Carly Guinn ’12 said.  “You can send personal messages and e-mail. If someone can get into your account and see that, it doesn’t keep up the boundaries that Facebook has set up.”

This interviewing tactic creates a conflict for students between their sense of privacy and their desire to get a job.

“Employers are flaunting their power over us,” Guinn said. “If I really wanted a job and this was the determining factor, I would give them my password.”

“I’d probably cave and give it to them,” Rachel Cohen ’12 said. “I wouldn’t sacrifice the opportunity.”

While Director of the Sherman and Gloria H. Cohen Career Center Mary Schilling believes this practice is “inappropriate,” she thinks it is very likely that prospective employers will check out your Facebook page.

“[You should not] put anything on your Facebook that you don’t want an employer to see,” Schilling said. “Even if you are not a senior now, you will someday be looking for a job, and you’re just making yourself vulnerable.”

Kayla Meyers ’14 feels that the Facebook filter has become a fact of life.

“My Facebook page has nothing that I wouldn’t want employers to see, and I have no problem with employers looking at it,” Meyers said.

Not everyone shares Kayla’s confidence.

“[I have] things on my Facebook that aren’t really representative of who I am now,” Ryan Krysiak ’12 said. “Especially with timeline, you can go back and see everything.”

However, not all employers ask for social media passwords.

“If I were put in the position where I had to ask students for their passwords, I would have to rethink this position,” Assistant Director of Technical Services Robin Desantis said.

Desantis believes that employers have no right to demand social media passwords from potential employees, regardless of how important or competitive the job offer is.

“I hope students don’t accept it,” Desantis said.  “I hope they rise up and say ‘I’ve got my rights; I’ve got my protection.’”

Whether students decide to give their password or not, many students believe this request to be an excessive invasion of their personal life.

It remains to be seen to what extent the employment-seeking experiences of College students will be effected by this new trend.