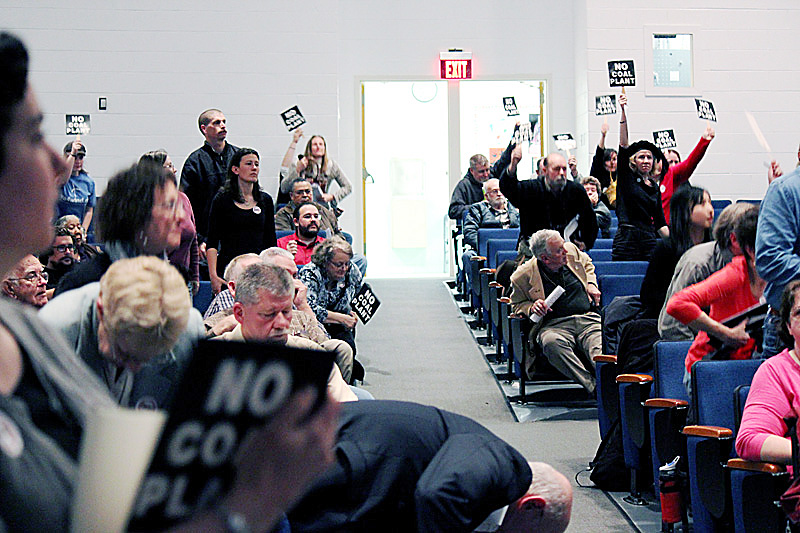 When a Dendron city council hearing unanimously approved the construction of a new coal-fired power station, the hopes of residents and of College of William and Mary students — who have been fighting against the plant since its planning stages — seemed doomed. New federal Environmental Protection Act regulations, however, will send the power plant back to square one.

Just when the power plant thought that all roadblocks had been removed and had scheduled to break ground on the plant’s construction this year, the EPA announced its Clean Air Act standard for carbon pollution for new power plants March 27. The regulations are expected to become law by the end of the year.

“[Student Environmental Action Coalition members] are very happy for the citizens of Surry that this won’t be built in their backyard and we hope that the state of Virginia respects the EPA regulations to protect the public health, and that these new regulations stand, as part of a new era for greenhouse gas standards,” SEAC member Grace Hansen ’12 said.

These new  performance standards demand that new fossil-fuel-fired power plants meet an output-based standard of 1,000 pounds of carbon dioxide per megawatt. However, these regulations will apply only to those plants still in the making. If not for the opposition in past years, this requirement would not have applied to the Surry coal plant.

“With normal coal plants and with the intended Surry County one, the output of emissions would be upwards of 17,000 pounds, which is way over the proposed limit,” Hansen said.

SEAC members have actively protested the Surry coal plant project, but met opposition from the Dendron Town Council when they voted unanimously at their March 5 meeting to allow Old Dominion Electric Cooperative to build the plant.

Fossil-fuel-fired power plants are the nation’s largest stationary sources of greenhouse gases, since coal serves as a main source of energy for the country and accounts for around 50 percent of domestic power generation. Currently, these new regulations will be the first uniform national limit on the amount of carbon pollution new power plants can emit.

Many scientists, who consider greenhouse gases a danger to the public health and welfare by contributing to climate change, believe it is time for substantial change to be made.

The EPA hopes that a standard will help keep the previously uncontrolled amount of carbon pollution that is released into the atmosphere in check. New coal plants will have an incentive to use technologies that burn coal without emitting enormous amounts of carbon pollution.

“Surry would have been among the plants that are exempt from the EPA’s new rules, but because of the opposition it has encountered, it would now be subject to the regulations,” Hansen said. “As a result, it will most likely no longer be built, because it would be very expensive to employ the technology necessary.”

Controversy surrounds the proposal to create regulations only for new plants, while still allowing old plants to continue with no regulations on carbon emissions.

“If new companies have to adhere to regulations, old companies should as well,” Kate Murray ’15 said. “The new ones have the more eco-friendly technology anyways.”

While these new regulations attempt to limit pollution from power plants, the regulations have fallen short of some environmentalists’ goals.

“Not many coal plants are being built right now, as it is irresponsible to do so at this time,” said Hansen. “The problem isn’t what’s slated to be built, it’s what’s here already; but it is a lot more politically difficult to deal with what is present, as there is already intense political opposition.”

In contrast, opposition to the new proposal cried foul to the enforcement, saying that the EPA’s overreaching regulations attacked the coal industry and that they should focus  instead on other areas.

“Coal is one of our cheapest and most abundant resources, so I think if we are going to put limits on the emissions, we should also be putting limits on oils and other such resources,” Alex Mills ’15 said. “I think it is unfair to just blame the coal industry for global warming, especially since there is also a huge job market in the industry.”

Natural-gas-fired power plants would meet the new standard without having to install additional controls.

“Regulations are a positive thing: They improve the environment and promote new technology, which, in turn, opens up new jobs,” Murray said.