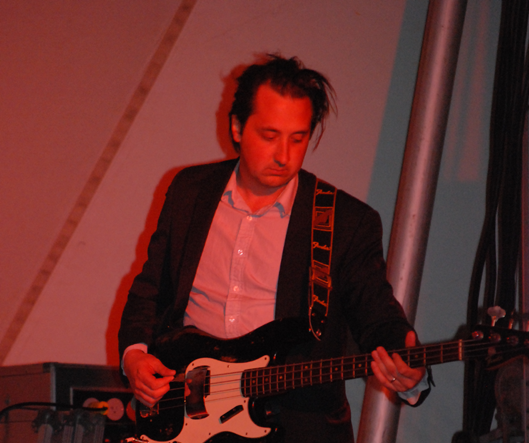 The term TWAMP, although thrown around on campus with high frequency, remains incredibly vague. Depending on context, its meaning could range anywhere from a terribly derogatory insult to a compliment. However, another word shrouds itself in even more ambiguity: hipster. Depending on your definition, hipsters can range from left-leaning, ensemble dressing, over-read college students to the dregs of youth counter-culture that pollute the world with their cigarette smoke and perceived elitism.

WCWM Fest 2012 attempted to destigmatize hipster culture by bringing indie music talent to the College of William and Mary for a full weekend of concerts, movie screenings and social events. 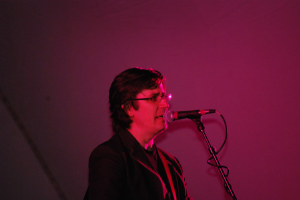 “Reaching out to people [about the event] on campus was frustrating because of the hipster thing,” WCWM Concert Director Todd Van Luling ’13 said. “Hipster has just become another word for culture nerd. Everyone’s a hipster, because everyone wants to be able to recommend something.”

Plans for WCWM Fest 2012 kicked off back in February when the WCWM Fest Concert act, sponsored by Noah Kim ’13, allocated $30,000 to fund an alternative music festival. Posters sprouted up on bulletins all over campus, and a video featuring outgoing Student Assembly President Kaveh Sedaghian ’12 eating grass promoted the event.

Acclaimed singer-songwriter John Darnielle, the primary and oftentimes sole member of The Mountain Goats, was one of the show’s headliners. Despite the fact that he has never received considerable mainstream attention, he has received numerous awards and accolades from several prestigious publications. One writer from The New Yorker declared Darnielle “America’s best lyricist,” and music magazine Paste listed him as one of the “100 Best Living Songwriters.”

“These are what people call buzz bands, bands that don’t get mainstream attention but get a lot of attention on the Internet,” WCWM DJ Philip Basnight ’13 said.

To draw attention to the event and featured bands, members of the National Public Radio music department and Buzzfeed.com attended the event.

“The internet is changing music, and we get to see it in action with these two bands that have been working for over ten years and haven’t gotten major attention,” Basnight said.

WCWM also contacted radio stations in and around the Richmond area about the event.

“Whenever the Mountain Goats or the Walkmen go to Richmond, people just flock to them, and it’s not usually free or outdoors,” Luling said.

The Mountain Goats entertained the audience with their quirky lyrics and creative acoustic instrumentals. Darnielle paused for several minutes between each song to shed light on an individual lyric, tell the audience about a TV show a song was featured on, or explain a background story that inspired a song.

“I thought it was cool that he accepted a lot of the songs that were requested. The lyrics he writes are really meaningful and emotional, and I know they have helped some of my friends who have been in bad places,” long-time Mountain Goats fan Shaan Sharma ’15 said. “It was great, he was a genuine and nice guy that cares about his fans.”

The Walkmen focused less on directly engaging with the audience between songs, but instead opted to play a continuous stream of songs to get the audience’s heads banging and feet stomping.

“The Walkmen were really awesome live,” Mike Crumplar ’15 said. “It was very representative of [the band’s] studio music.”

Jolyn Carter, a Richmond resident who came to see the show praised the venue in addition to the music.

“I’ve always been a fan of outdoor venues, especially when it’s indie music, because it really brings you closer to what’s being played,” Carter said.

“The Sunken Garden is a beautiful space and I think it is very underused,” Luling said. “It’s a perfect spot to have things.”

WCWM Fest staff expressed hopes that the event will grow into an annual Virginia music festival and inject new life into the radio station.

“We [WCWM] have a lot of really talented people,” Luling said. “We had AMP ask who was designing things like the posters and T-shirts. It’s been a really great collective effort. Unfortunately our listening base keeps shrinking, but this has been an amazing experience for the radio to bond over and [has helped] reshape our role on campus.”