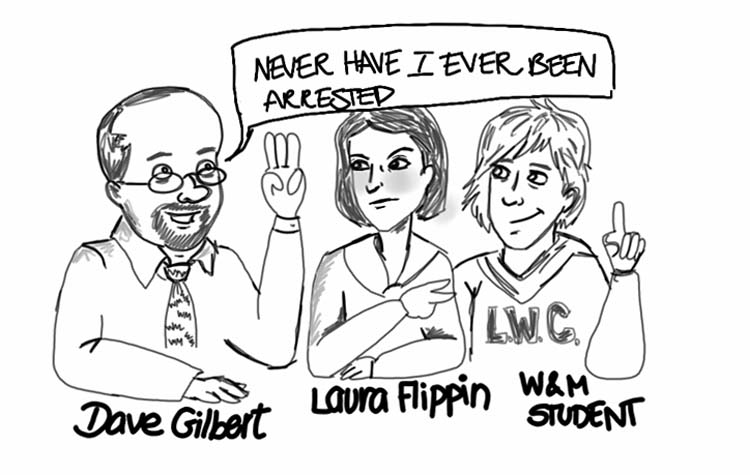 The Dean of Students’s proposed changes to the Student Handbook for the upcoming academic year includes one doozy: a requirement that students disclose any arrest by law enforcement to the College of William and Mary within 72 hours. The College can argue that it needs to know about student arrests in order to keep the campus safe, but the proposal nonetheless means that the administration is making another intrusion into the private lives of students.

The College cites a University of Virginia policy that requires students to take the same action and also requires them to affirm each year that they haven’t been arrested. The policy received media attention after it was revealed that George Huguely, the lacrosse player convicted of murdering his ex-girlfriend, had been arrested two years earlier for public drunkenness and resisting arrest without notifying the administration. The school argued that having that information could have indicated Huguely’s potential safety risks prior to the murder.

The problem with this logic is that administrators tend to get the idea that they’re stopping a potential maniac every time they catch someone being arrested. A sizable portion of students have been drunk in public before. Statistically, it’s likely you’re friends with someone who’s been arrested. Unless you want to start getting rid of hundreds and hundreds of College students, the idea that these students need to be suspended or expelled for safety reasons doesn’t fly. The language in the proposal is also ambiguous regarding how far it reaches — theoretically, it could cover anything you do outside of Virginia or outside of the country.

The language in the College’s proposal also has the same problem that U.Va’s policy has: It makes no effort to distinguish between those who have been arrested, those who have been charged and those who have been convicted. That flies in the face of the idea that students are innocent until proven guilty. The College ought to be politely reminded that in its own Honor Code violation proceedings, a student can’t be discriminated against without due process. It has no business requiring you to report crimes of which you were not found guilty, in the same way it has no business inquiring into any outside disciplinary actions that aren’t public record, such as juvenile arrests.

The big worry is that we don’t know what the administration plans to do with this information. Given that part of the rationale for the policy is that the administration wants to “evaluate a student’s arrest to determine if he/she poses a safety risk to self or others or if the student’s cumulative record warrants further action,” it’s not unreasonable to suggest that they are looking to target certain people. The College has a right to promote safety, but it should not be trying to circumvent student privacy rights and the presumption of innocence just so it can snoop around in students’s private lives.