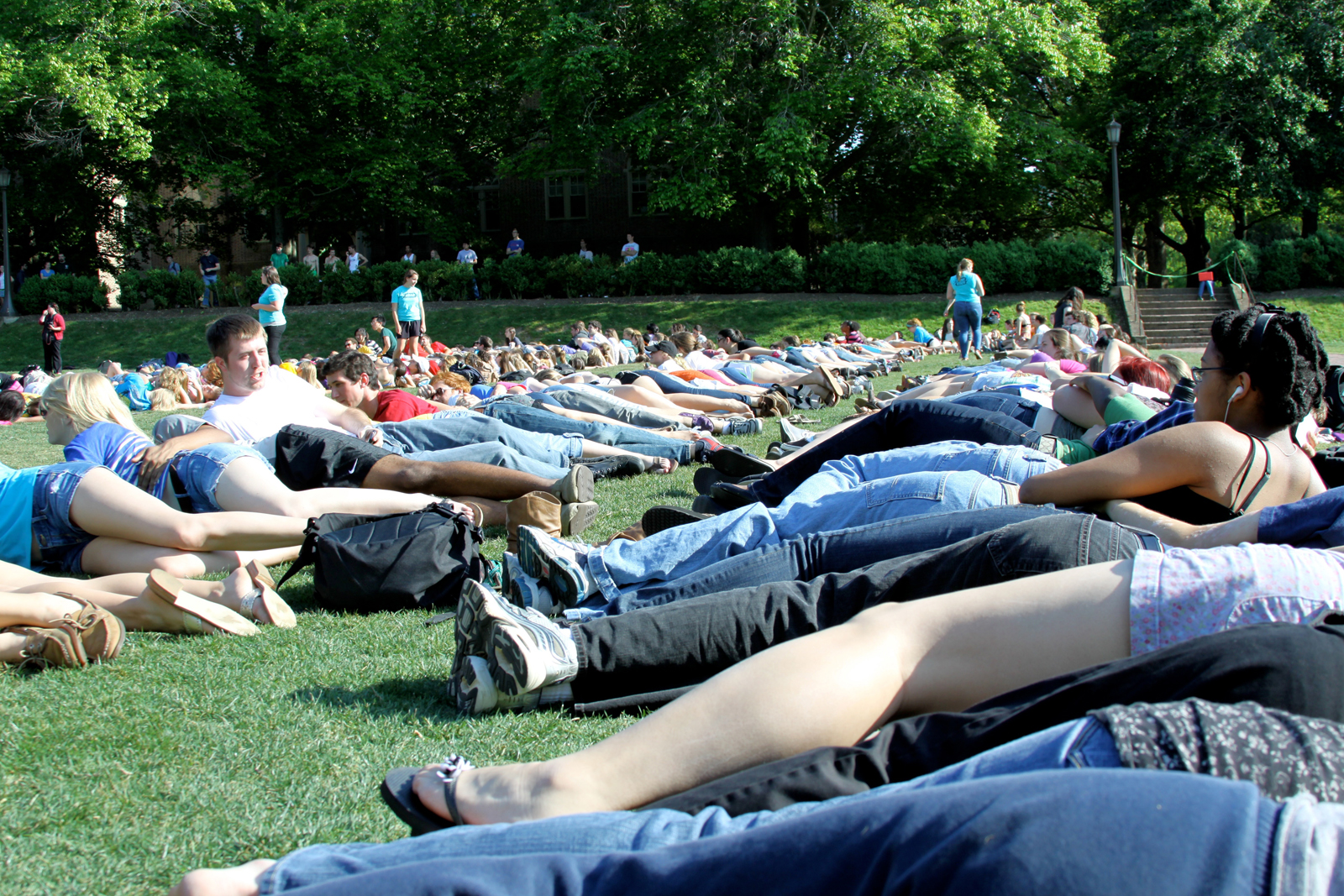 What’s cooler than breaking the “Thriller” dance world record? Breaking the record, or Carleton College’s record, for having the most people spooning at one time.

Over 600 people joined together Friday afternoon to create one giant spoon train that snaked through the Sunken Garden after being called upon by members of the College community. Film crews were there to document the spectacle, music echoed throughout the gardens and spectators lined the outskirts of the train with camera phones at the ready.

The event’s slogan, “Everyone’s got a little spoon in them,” drove the campaign to popularity and served as the inspiration for much of the excitement and participation.

The event, planned weeks ago, had both a Facebook event and a website to advertise AND recruit participants. Although there were skeptics, many more than the required 530 people showed up ready to participate. Upon arrival, participants registered, received numbered cards, and then picked the next spot to lie down on the grass with groups of friends and sometimes even with strangers.

The official Guinness guidelines state that the spooning must occur with proper form, with the arm of one participant underneath the head of the participant in front. Each participant must hold said spoon position for the entire five minute time period or they will be discounted.

Once the nerve-wracking five minutes were officially over, Kaveh Sadeghian ’12 ran all the way around the train, high-fiving the participants before they moved to stand up. After the high-fives, each participant handed in his or her card for documentation and to be counted; once success was recognized, cheering could be heard all around campus.

The College will receive official worldwide recognition by the Guinness World Records Corporations for setting the record.