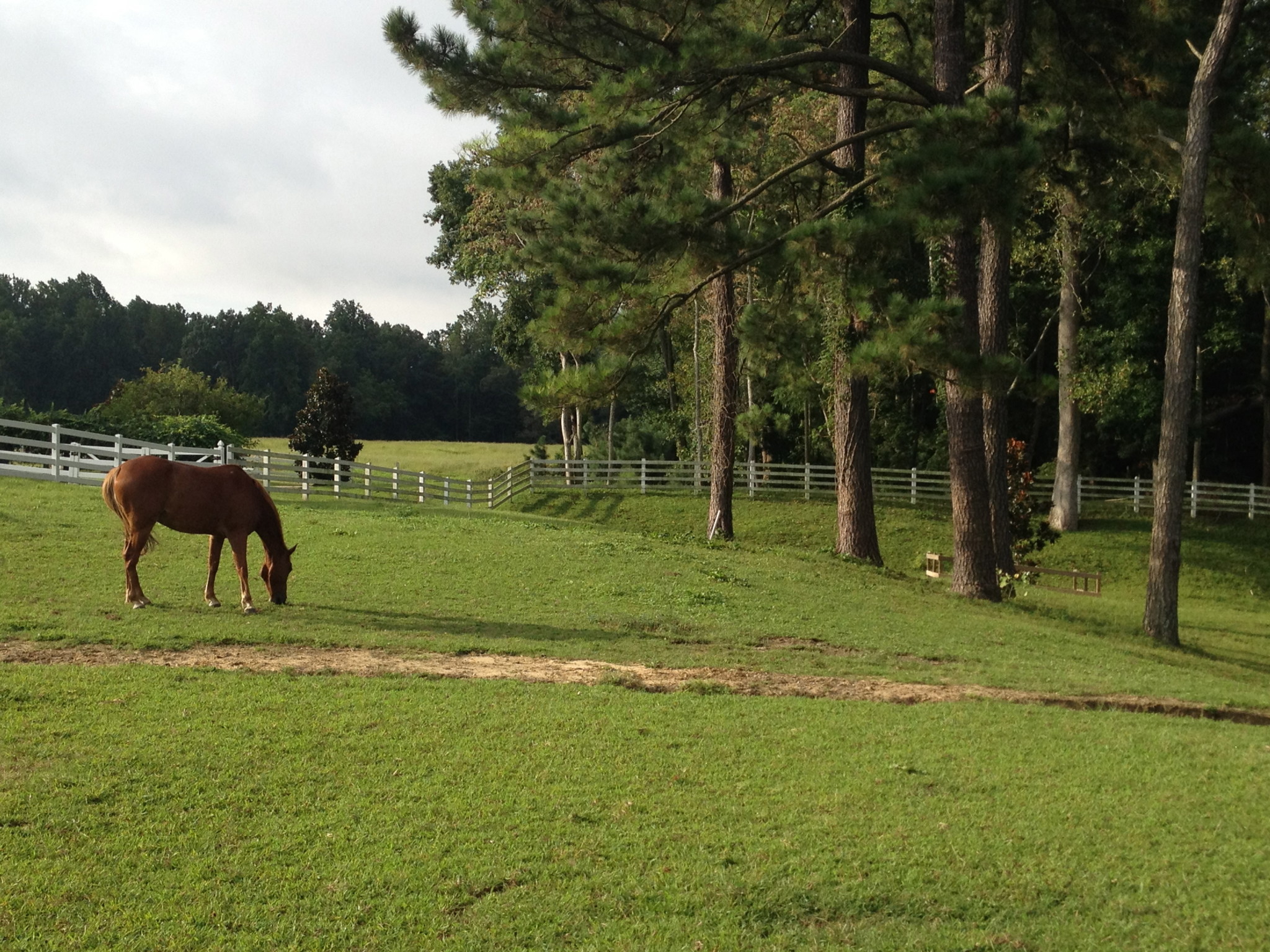 Erika Bradford ’13 has to get up at around 6:30 on the days she’s taking care of the horses. The barn is about twenty-five minutes away, so by the time she gets out there, it’s close to seven. She has around twenty horses to look after, which have to be fed and brought into their stalls and moved from pasture to pasture. But her first class is at ten, so if she wants to be showered and not smell like horses, she has to get home by nine.

She opens a gate and urges a group of geldings into the pasture next door, so they can be closer to the barn. She leads a few of them to their stalls, but one big bay still has not moved into the adjoining field.

“Come on, Fizzy!” she calls to him, but he’s slow to move. Finally, he meanders over, and like the others, waits for his turn to be fed.

“You don’t have to feed your soccer ball,” she said.

Equestrians on campus are split between two groups: the team and the club. Bradford, Benson and club president Cricket Clayton ’13 are all members of both. Although their team does not get the same funding as other varsity sports, it is on par with the other major equestrian teams in the state.

“We are in a really competitive region where we compete against other schools where the equestrian team is considered a varsity sport,” Clayton said. “But we consistently are in the top four or five of our region, out of about 16 other schools.”

The College’s team competes with the Intercollegiate Horse Show Association and on weekends attends shows around the state.

The unique part of the collegiate level of equestrian competitions is the team aspect. In upper-level circuits, each rider gains points for his or her individual score. But for college students, the team matters just as much.

“It’s been a really cool experience, competing for something bigger than myself,” Clayton said. “I like to know that my score up there is going to benefit the team as well. We won a show last semester, which was huge for us, because we beat other varsity schools, and we did it together.”

But the fact that they hold only club-sport status prevents Clayton and the other members from receiving the same funding as teams at other schools. According to Bradford, they have a limited number of school horses that they can use, which, of course, prevents coach Karen Greenwood ’95 from giving too many lessons on any given night.

“There are a lot of barns out there that overwork their horses,” Bradford said. “But ours get great care and consideration, which is hard to find in a lesson barn. Karen does a great job running it.”

To compensate for their lack of funds, members must pay hefty dues, which go toward the horses’ daily upkeep, which can be quite steep. Although the dues sometimes prevent students from joining, the club has had a lot more interest this year — which can pose a problem in itself.

“We may not have enough horses for everyone,” Bradford said.

Members of the equestrian club receive a one-hour lesson once a week from Greenwood, who was on the team as well when she was a student at the College. And so while the dedication to the sport can be limited to one lesson a week, Clayton points out that involvement depends on the individual.

“Our club is really what you make of it,” she said. “A lot of people just show up once a week for lessons, and that’s enough for them. But then we have people who want to come out and feed the horses and clean the tack and really get involved. There are places for everyone in the club.”

Because Bradford works at the barn, she spends a significant amount of time there to keep everything running smoothly.

Although many students join because of their love for horses, members consistently cite camaraderie as their favorite aspect of the club. Bradford has to wake up early 2 to 3 times every week to feed the horses, but she has a lot of support from others.

“Karen and I talk on the phone almost every night about the horses,” she said. “And it’s great because she understands exactly what we’re going through.”

Regardless of the immense commitment the sport requires, its members continue to spend the necessary time and money to keep the sport alive at the College and support the team at competitions. For members like Clayton, there really is no other option.

“It’s wonderful,” Clayton said. “For someone who has that passion for horses, having that outlet there is hugely beneficial when it comes to stress levels and making your time here valuable.”