Home Opinions With tuition constantly on the rise, keep in mind the importance of... 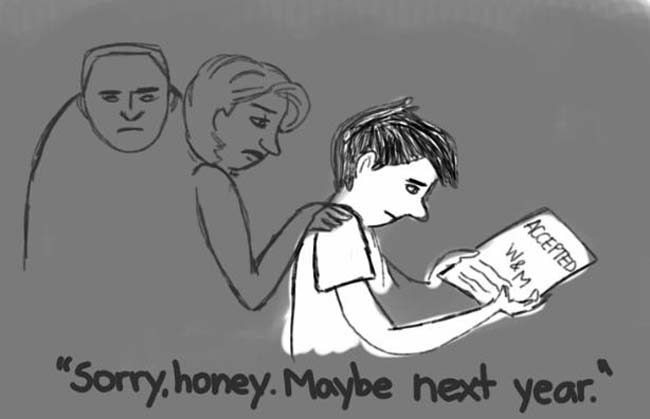 If you’ve watched television for more than a 10-minute period in the last month, chances are, you have been subjected to at least one political advertisement related to the upcoming presidential elections. One such ad focuses on Republican candidate Mitt Romney’s support for Paul Ryan’s budget plan, which according to the Obama campaign could cut education funding by up to 20 percent.

Students at the College of William and Mary are all too familiar with issues regarding government funding for education. The question from year-to-year is not whether tuition will stay the same, but how much it will increase. With state funding dwindling, student access to federal funds becomes even more important — it ensures that any qualified candidates have the opportunity to attend high-quality institutions such as the College.

Recently, “Inside Higher Ed” published an article describing how Pell Grants, need-based grants awarded to low-income students, have decreased by $6.5 billion despite an increase in the number of students being awarded the grants. On the surface, these numbers appear to be a negative sign. Upon further examination, however, the decrease in funding resulted mainly from decreased enrollment at for-profit colleges.

These new numbers are a good sign for students at the College. For-profit colleges, which receive a large portion of their revenue from federal grants, are experiencing declining enrollment. As a result, four-year colleges have actually seen a slight increase in the amount of Pell revenue they receive. This combination of factors is particularly important as debt-ceiling negotiations begin to heat up again. Legislators will begin to examine federal spending on higher education as a way to cut the nation’s deficit, and decreasing costs for the Pell program will lower the likelihood of it experiencing wholesale reductions.

Without giving this issue a political tone, I do believe it is important to consider the platforms of candidates for political office when it comes to funding for higher education. We all come to the College because we believe in the quality of the liberal arts education we receive here and the impact it has upon the success in our lives and careers. Even if federal funding has no impact on your own situation, consider the impact this school has had on you and how others should have the same opportunities to gain access to all of the benefits the College has to offer.