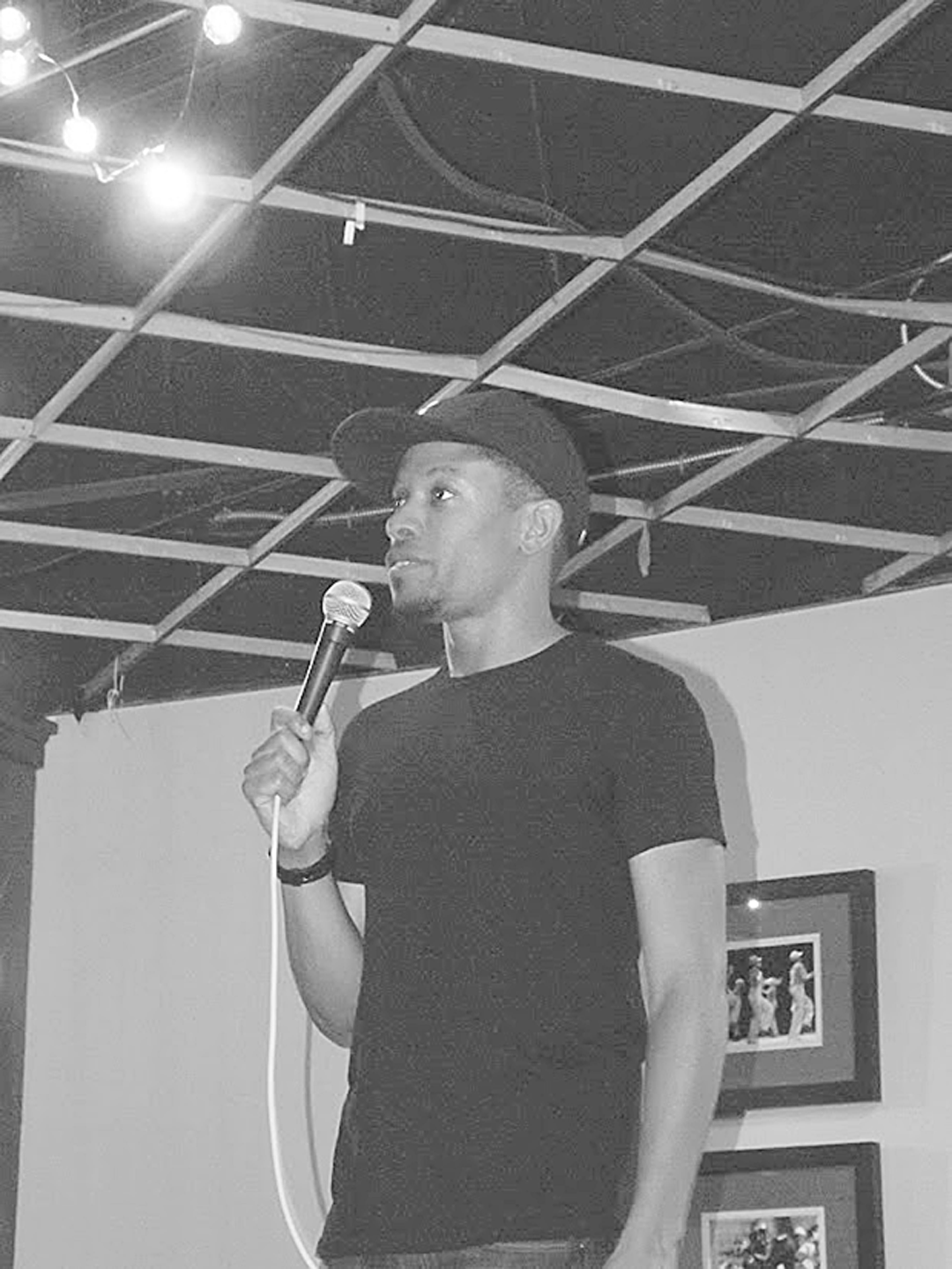 The lights dim in Lodge 1, and the audience is teetering with expectation. The man on stage plucks the microphone from its stand, clears his throat and says, “TWAMP. They told me to say TWAMP.” This provokes unrestrained laughter from the assembled crowd at the College of William and Mary, hitting them in the middle of their collectively bookish funny bone, and right at the outset, Jasper Redd’s comedy show is off to a good start.

For the next hour, the comedian kept the crowd entertained, sticking mostly to a combination of understated observational comedy and exaggerated ethnic humor. While none of Redd’s revelations were mind-blowing — although he did think of a unique way to avoid parking tickets — he gave a consistently enjoyable performance. Highlights included a tirade against individuals who snore like ancient reptiles and a recount of a particularly objectionable visit from the Tooth Fairy.

Redd, who has appeared on Last Call with Carson Daly and Lopez Tonight, had a very affable stage presence, and at times he even asked the audience direct questions about the College. He groaned melodramatically upon discovering the Tribe’s football record and he reassured the crowd by saying that at least we still have our academic record. Although this was clearly a ploy to gain common ground with the students, Redd managed to go about it in a way that suggested genuine interest.

Interestingly enough, the comedian refused to take potshots at his audience, even when a discernibly intoxicated girl in the front row kept shouting at him, insisting that the after party was at her place. Redd kept his laid-back demeanor intact and, with professionalism, focused on the rest of the audience. This was probably a wise decision — as Daniel Tosh proved over the summer, nothing sours the mood of a show more than a comedian verbally assaulting a member of the audience.

With a slow and deliberate method of delivery, it wasn’t so much the punch line of a joke as Redd’s delivery that made every joke comical. The comedian had obviously spent a lot of time rehearsing the cadence of every group of syllables, always hiding his intense concentration with a seemingly lackadaisical chuckle at the end of every comedic yarn. This fed into his otherwise languid approach and allowed the audience to have fun with him.

However, most of the evening was spent on what I can only assume were recycled jokes. The feeling of rehashed material permeated the majority of his routine. The time frame for the routine felt unusually specific, as if no new jokes had been created in the past two years. Redd meditated on the marriage of Khloe Kardashian and Lamar Odom as if it were a current event and not 2009’s tabloid fodder. The rest of the routine felt just as dated, as he checked off yesteryear’s pop culture buzzwords, including Justin Bieber, the Dougie and, most unfortunately, Myspace.

Although the comedian did spend a sizable amount of time on President Obama, there wasn’t a single joke that couldn’t have been made before the inauguration. Mitt Romney and the 2012 election were nowhere to be found, even though a college crowd would’ve gobbled down political satire faster than a Parisian inhaling a buttery croissant.

Redd’s one attempt at addressing contemporary issues was his commentary on the Colorado shootings, saying that he would take extravagant safety measures when buying “The Dark Knight Rises” on DVD. The punch line elicited merely a smattering of anxious titters from the audience and proved to be an unnecessary risk in an otherwise very safe routine. If Redd were going to bring up something as horrific as the shooting in a safe haven of levity, the joke should have been nothing short of exceptional. Instead, it was mediocre and was stated with only a half-hearted intensity. The result was, regrettably, lackluster.

For the majority of the show, however, Redd delivered solid laughs. Griping over the time frame of the jokes may seem trivial, but one of the comedian’s primary tasks is tapping into the vein of a contemporary society. That being said, Lodge 1 was packed with students who left the event with their evenings brightened just a bit more than when they arrived.