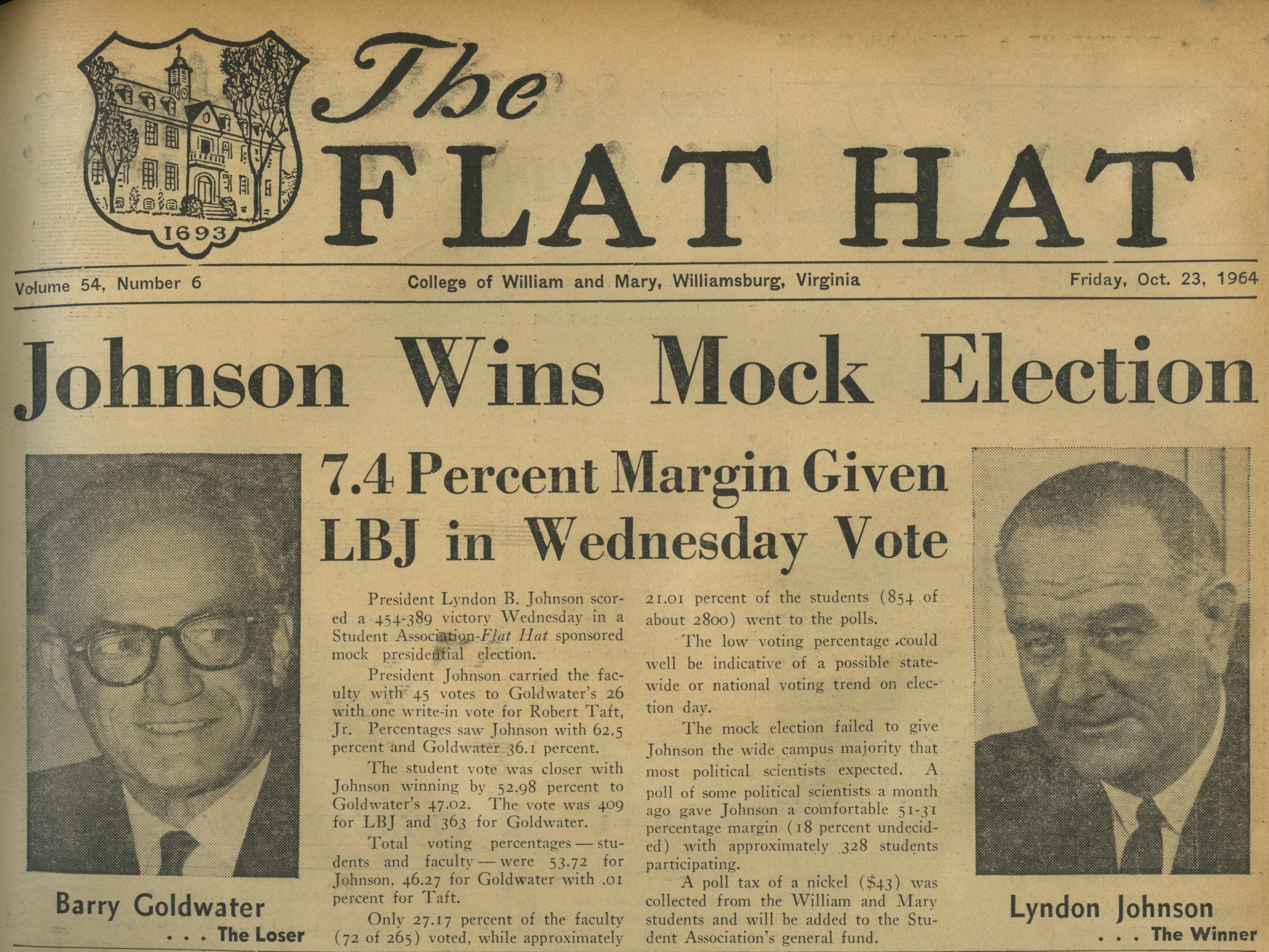 President Johnson carried the faculty with 45 votes to Goldwater’s 26 with one write-in vote for Robert Taft, Jr. Percentages saw Johnson with 62.5 percent and Goldwater 36.1 percent.

The low voting percentage could well be indicative of a possible state-wide or national voting trend on election day.

A poll tax of a nickel ($43) was collected from the William and Mary students and will be added to the Student Association’s general fund.