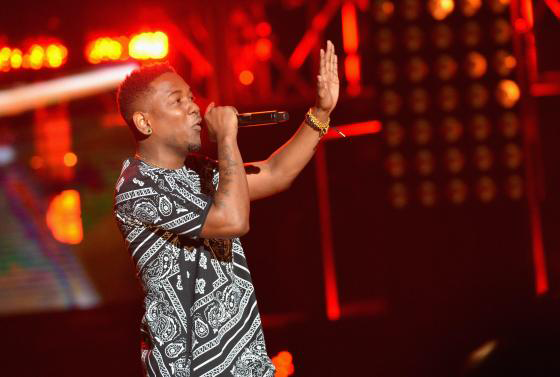 Kendrick Lamar’s newest studio album “Good Kid, m.A.A.d city” is a mainstream breakthrough for the rapper, who has been steadily releasing mix tapes since 2005. The production is slick, the lyricism is smart, and the guest-appearances are spot on. Lyrical themes revolve around Lamar’s internal conflict between the violent, material culture of Compton and his attempts to break the cycle of poverty and drunkenness he was born into. The album’s title thrusts the challenge of maintaining moral integrity in an amoral world to the forefront of the listener’s consciousness. Lamar laments the way his friends encourage debauchery in “The Art of Peer Pressure,” rapping, “I got the blunt in my mouth / Usually I’m drug-free, but shit, / I’m with the homies,” over a slow, droning beat. His momma tells him, “It’s gonna burn you out,” but she doesn’t seem to understand that drugs and money are all his peers really care about.

The rest of Lamar’s family doesn’t help, either. If you heard “Swimming Pools” at a unit party and thought it was just another drinking anthem, then you’re dead wrong. It’s a contemplative song about the temptations of alcohol and how many of his family members have succumbed to them. The hook — “First you get a swimming pool full of liquor, then you dive in” — becomes a grave, sad statement as soon as Lamar raps, “Now I done grew up / Round some people living their lives in bottles / Grandaddy had the golden flask” in the first verse. The cover art sums up his culture’s propensity for shameless substance abuse — a family and young child crowd around a 40 oz. sitting prominently on a table.

On the standout title track “Good Kid,” Lamar calls this materialism a “mass hallucination, baby” over a sensual, psychedelic beat produced by The Neptunes, who have also produced big hits such as “Drop it like it’s hot” and “Hollaback Girl.” He asks if we want to reverse society’s “ill education” and “reconnect with your elations.” Lamar’s solution: Give up the alcohol, give up the “grown-up candy for pain” and pay attention to your inner consciousness. Talk about a complex dude.

As with any great musician, Lamar sounds like he is working on the cutting edge of his craft within the tradition of great artists who preceded him. Since the modern rap scene is no longer characterized by East and West Coast feuds, his influences are as dynamic as the album’s lyricism and production. “Backstreet Freestyle” is a pure tribute to Lil Wayne’s both-middle-fingers-in-the-air fire that made “A Milli” and “No Ceilings” so great. He flexes his story-telling muscles on the first track “Sherane a.k.a Master Splinter’s Daughter,” which recalls the great New York Mafioso rappers of the ‘90s. Lamar gives Nas a nod when he raps, “I’m a dreamer and sleep is the cousin of death” on “Sing About Me, I’m dying of Thirst,” a line from “NY State of Mind” off of Nas’ “Illmatic.” After borrowing similar lyrical themes of internal conflict and production styles, Lamar pays his debt to Kanye on “m.A.A.d city” with the line, “Projects tore up, / gang signs is thrown up,” originally heard on Kanye’s track “We Major” off of “Late Registration.” I could go on, but it should be clear Lamar knows he wouldn’t be anywhere without the diverse canon of great hip-hop artists.

To make a long story short, if you’re a fan of great rap, “Good Kid, m.A.A.d city” is an exciting, complex and thoroughly modern album that deserves your attention.