Home Opinions How I realized the value of the Counseling Center and Dean of... 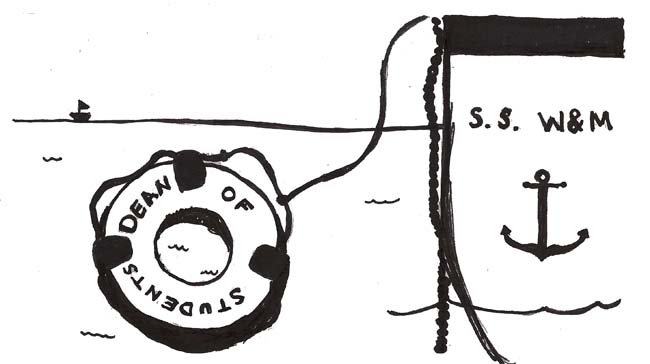 Last week, I came out of the Dean of Student’s office cleared of various allegations, the most notable of which was possession of marijuana in the Commons Dining Hall  — what my teaching assistant thought she smelled was confirmed to be only pipe tobacco. Although I was shocked, weary and intimidated at the time, I could never have expected how much I would learn from that episode.

Toward the middle of this semester, I began to feel the heat. I was struggling to keep up with 17 credits worth of courses and stressing over my progress in a couple of them. I tried coping with my stress internally — I like to think of myself as a tough guy. I began acting weirdly, telling my friends that school was not worth anything and that completing homework assignments was a waste of brain cells and time. But that only lasted for so long before I snapped. My friends, several close TAs and even a professor were alarmed, and one of my TAs contacted the deans when she thought she smelled marijuana in my pipe during our weekly discussion meeting.

I was called to two meetings with my dean. The first was tense: I remember vigorously defending my innocence against allegations listed in the incident reports, and I surrendered my pipe and pipe tobacco for an inspection. I reluctantly complied with her recommendations to go to the Counseling Center. Days became more stressful as possible repercussions preoccupied my thoughts for the two weeks leading up to the next meeting. The second meeting was different — we engaged in a conversation that any two friends could have. We talked about the challenges of growing up, and the difficulties that accompanied adjusting to campus life. She asked about how I approached the counseling sessions, friends and teachers. She cared and seemed genuinely happy that I had recovered from my episode.

It seems unusual to take away something positive from an energy-draining process, but there are benefits. We have resources here that accommodate multiple aspects of student life. You are your greatest judge: Seek help when you can. We all get overwhelmed at some point in our Tribe lives. Seek the Counseling Center if you need to vent, or seek the dean if you feel that you are losing control of your life. If you are going through a situation similar to the one I did, my best advice is to be as truthful as possible, and try to establish an understanding between you and the dean. The deans and the Counseling Center will be your greatest assets if you allow them to help you.