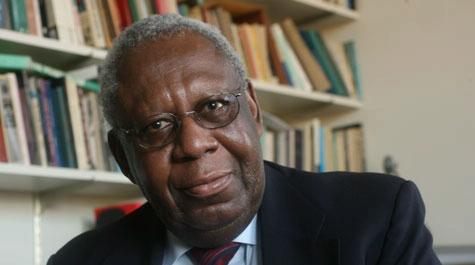 Robert F. Engs, a former visiting professor at the College of William and Mary and consulting scholar on the Lemon Project, died Monday, Jan. 14.

“He was one of the early historians of African American History, and his scholarship is a great model for all historians”, professor Jody Allen, who worked with Engs as the Managing Director and co-chair of the Lemon Project, said in an email. “For me personally, he was a great sounding board. He was also a dear friend and mentor. His support and confidence meant a great deal. He forced me to step out of my comfort zone; he challenged me, and I will always be thankful to have had him in my corner.”

In an email to the students and faculty yesterday, Provost Michael Halleran described Engs’ long-standing ties to the College, including serving as the Commonwealth Visiting Professor 20 years ago and as a Visiting J.P. Harrison Professor of History in 2008.

“He was one of the early historians of African American History, and his scholarship is a great model for all historians,” Allen said. “He did a lot to help us understand the early years of freedom in this area.  His legacy will also be apparent in the people he taught and mentored, formally and informally.”

Engs spent much of his career at the University of Pennsylvania where he served as the undergraduate director of the history department and co-chair of the Afro-American Studies Program. After retiring, Engs began to work with the Lemon Project, which aims to reconcile the College’s offenses against African Americans through scholarship and by building bridges between African Americans at the College and in the Greater Tidewater area.

“I teased him and called him the father of the Lemon Project, and he would always laugh,” Allen said. “In fact, it was true. He did the work that convinced the Board of Visitors to take action.”

Engs’ work focused on the post-Civil War American South. His written works include “Freedom’s First Generation: Black Hampton, Va., 1861-1863,” which is about the African American experience of Reconstruction in Hampton, Va. Many historians consider it a groundbreaking work.

“His youthful spirit, humor, and iconoclasm, along with his unwillingness to settle for tokenism or can’t, made his company ever a pleasure,” former Provost Geoff Feiss, who graduated from Princeton in 1965 with Engs and College President Taylor Reveley, said in Halleran’s email.

A family visitation will be held tonight at Bucktrout Funeral Home from 5:00 to 7:00 p.m. The Funeral service will be Saturday, Jan. 19 at St. Martin’s Episcopal Church at 10:00 a.m.