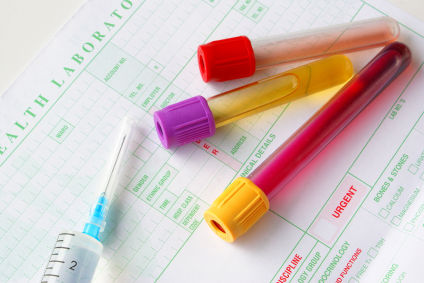 I want to talk about one of the least sexy, but most important, aspects of sex: STD testing. It was around this time three years ago that I walked into the free clinic in my hometown to get tested for the first time, so the subject is inextricably linked with the winter season in my mind.

It was during winter break during my freshman year, and I had a steady boyfriend for the first and only time in my life. Due to some questionable sexual experiences throughout high school, all of them involving alcohol, often so much that I couldn’t remember any vital details, he was justifiably concerned about my sexual health — now linked with his own — and convinced me that I needed to be tested for STDs.

I decided that the best option was getting tested when I went home for break. STDs carry one of the oldest stigmas in the book, and while I now think I’m enlightened enough to realize that getting tested is the responsible thing to do and people are wrong to judge you for doing so, at the time I was embarrassed for anyone to know that I was enough of a “slut” to need the test.

I was also broke, and there is a free clinic near my parents’ house. You can get tested at the Student Health Center, but it’s not free. Since my parents were the last people I wanted to tell, paying with their insurance was out of the question.

I went by myself, because my boyfriend was the only who knew I was having it done and he lived in another state. I wouldn’t recommend that part; instead, take a friend when you go. It will be a bonding experience, like making matching friendship bracelets or something. Plus, having someone with you while you wait for the results will help ease the anxiety.

Speaking of the waiting period — that sucks, too. If you have money, you can pay for a test and get the results in 1-2 days, generally. If you go to a free clinic, there will most likely be a longer waiting period — for me, it was two weeks. There’s really nothing worse than the anxiety of having to wait two weeks to find out if there’s something horrible going on with your genitals, but as a student at the College of William and Mary, I’d say it’s maybe comparable to the period spent awaiting final exam results.

Free clinics are crowded because they are free, and during the winter time they are full of people with all kinds of horrible coughs and sniffles that are not exactly what you want to be hearing when you are already worried about diseases. However, the nurses were efficient and impersonal, which is exactly the attitude I want from someone who is collecting my urine in a cup, and when I was done they gave me a bag with free condoms and a helpful brochure on how to properly use one. Two weeks later, I got a call telling me I was STD-free. A very merry Christmas, indeed.

So how often should you get tested? I haven’t been able to find a definitive answer, but the general internet consensus says annually. My guess is that it’s like getting the oil changed in your car — do it every 3 months or 3,000 miles; that is to say, get it done regularly, mark it on your calendar so that you don’t forget, and if you drive a lot, you’ll probably need to do it more often. This means that my next trip home will probably include a visit to the clinic, since it has been three years since I was tested. Before you yell at me to practice what I preach, I can explain for two of those years I was either in a monogamous sexual relationship or abstinent, so I’m mostly on schedule.

If it’s been more than a year since you’ve been tested, get yourself to a clinic, pee in that cup, give up that blood (necessary to test for HIV and syphilis), and clean your conscience! I promise it doesn’t make you a slutbucket. It makes you a responsible sexually active adult, and there’s nothing sexier than that.

Elaine B. is a Behind Closed Doors columnist and she’s still working out the details of her high school exploits.