Home Opinions An expensive error: The SA should manage its finances more responsibly 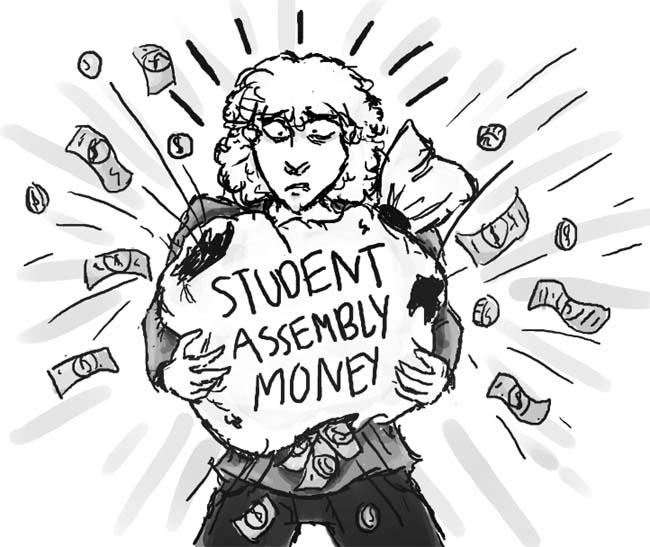 Since the purpose of the Student Assembly at the College of William and Mary is to allocate student funds, the primary power of the SA rests in its money. Right now, however, it does not have very much. The SA’s finances nearly dipped into the red zone when it failed to tell the Student Health Center it would no longer provide free STI testing to students. We are disappointed in the SA’s failure to manage its funding this year.

After a year of massive spending, we are sorry to hear that STI testing is being reduced to only subsidies for four tests. Issues that affect students’ health on campus, such as mental healthcare and STI testing, should be prioritized above other spending, even big name speakers, such as His Holiness the Dalai Lama — and especially above frivolous purchases, such as koozies. While not everyone will benefit from services like STI testing, concern for the health of the Tribe community should come first. Students should be able to know their peers have access to those services when in need.

In the end, however, the SA should not have to choose between big events like the Dalia Lama and free STI testing if funds are managed properly. The SA is now in debt because senators failed to accomplish something as menial as notifying the Health Center of its decision to stop fully funding STI testing. Many of the SA’s financial woes have resulted from miscommunications, such as Parking Services providing too many free shuttle trips to the airport or the Health Center using funding for the Gardasil vaccine. These were undoubtedly mutual misunderstandings; however, the SA must be responsible for monitoring its money.

The SA’s inability to account for all of its money seems to be a disturbing trend that has continued over many years. In previous years, SA members have simply misplaced money. Every year, each student at the College pays $98 toward SA funds. We do not believe we are asking for too much when we ask that the SA be held accountable for making the best use of this money — and certainly not when we ask that it keep track of where the money is going, at the very least.

The SA must learn from its mistakes because it cannot help the student body if it has no money. This trend is not the fault of the current SA, but they need to start a culture of accountability so these same slip-ups do not continue.

With SA elections on the horizon, we ask that students consider what they want from their candidates, both in personal attributes and in how they prioritize funding. Students who are considering running for the SA should also begin to develop a plan for what they want to accomplish as members of the SA and should detail how they intend to achieve their goals so they will be prepared before the election.

Each student at the College funds the SA, and each student should hold the SA accountable for that money.