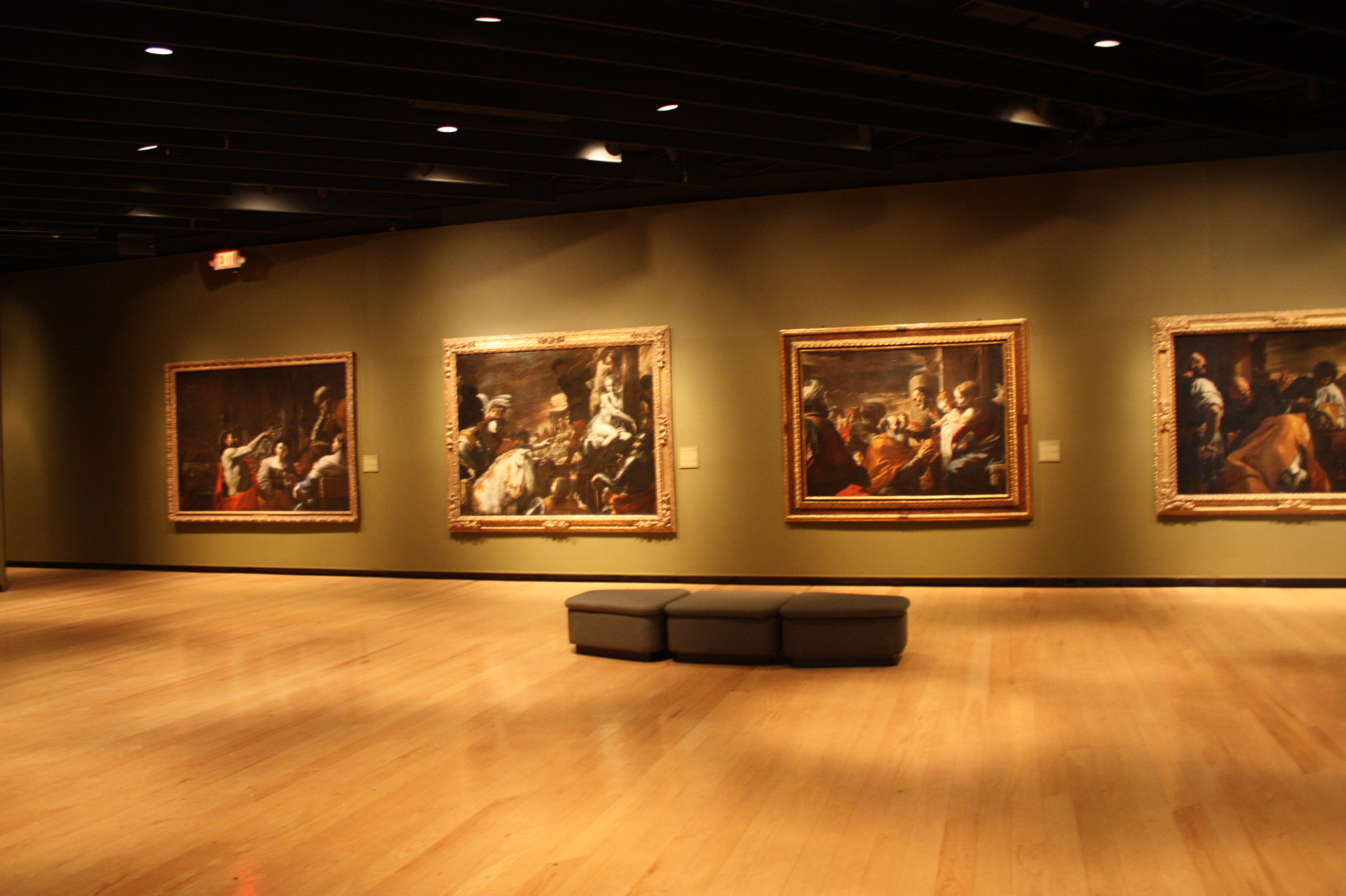 Michelangelo is one of the most well-known artists in the world. The elegant “David” and the sweeping “Creation of Adam” are two very renowned pieces of Renaissance art. The Muscarelle Museum of Art’s newest exhibition explores another side of the artist: the perfectionist, anxious side that destroyed his unfinished work to protect his reputation.

“Michelangelo: Sacred and Profane, Masterpiece Drawings from the Casa Buonarroti” opens Feb. 9 and will run until April 14 to celebrate the 30th anniversary of the Muscarelle Museum of Art. The subjects portrayed in this 25-piece collection are as diverse as his reputation, ranging from studies of human figures to schematics for church floor plans.

Planning for the exhibition began in 2010 when the museum displayed a smaller selection of the drawings under the theme of architecture as anatomy. Professor Emeritus Miles Chappell and Museum Director Aaron De Groft maintained their relationship with Pina Ragionieri, director of Casa Buonarroti, which enabled them to help plan a larger exhibition. Over the next few years, the museum formed a partnership with the Museum of Fine Arts in Boston to help cover costs and to work on the collection’s accompanying book.

“One thing that helped us put this on is the history and prestige of the College [of William and Mary] in Europe,” DeGroft said. “Another is personal relationships. They don’t have any motivation to send these works to any museum, but Pina is our friend. She’s been to Williamsburg several times and has good relationships here, and that makes it gratifying.”

The collection’s theme reflects the divide between the divine and the earthly. A wall of text introduces this idea to visitors upon their entrance into the exhibit. It explains that the tension between the sacred and the profane is a fundamental aspect of western culture going back to prehistory when Adam and Eve first roamed in the Garden of Eden and when the first humans made shrines, specifically cornering off the holy from the mundane. The theme is also personal. These drawings are from the middle part of Michelangelo’s life, when he was struggling to surpass his own genius.

Several centerpieces in the exhibit highlight this tension. The first, which is located at the front of the exhibit, is an allegorical portrait of Cleopatra, the queen of Egypt who seduced Julius Caesar and Marc Antony with her Venus-like beauty. By combining mythology and symbols, Michelangelo attempted to capture a feeling of divine beauty.

“She was described as having [the] beauty of a goddess. … [Renaissance artists] still lived and drew on mythology for their understanding of concepts,” Assistant Director and Chief Curator at the Muscarelle John Spike said. “One of the approaches of Michelangelo is that he thinks he has the ability to make things of otherworldly beauty, so he doesn’t try to make things natural — how could that possibly be supreme beauty? He has these ideas, or archetypes, and one of these is the serpentine figure. He, after considerable study, was convinced that [it] is the most beautiful possible form.”

About 25 years ago a drawing on the reverse side of the drawing of Cleopatra was discovered, bringing the tension between sensuality and destruction into focus. The reverse side shows the same Cleopatra drawn in decayed, hurried strokes. Her eyes lack the solemnity of the front, expressing shock and sadness.

“It serves as a warning,” Spike said. “In admiring and remembering what Cleopatra did we remember the pitfalls of falling for sensual allure.”

In the “Madonna and Child” drawing, the first layer is a basic black chalk outline, upon which the infant Christ is drawn in with a much bolder red chalk. To mimic the definition and solidity of a sculpture, the baby’s body is smoothed and polished.

“Why he would show a child with this classical looking, sculpturesque body is that in the opinion of Michelangelo, human figurative art never got closer to the divinely beautiful than the ancient Greek and Roman statuaries,” Spike said. “So when he has to show that the child is a divine child he uses forms of classical statues.”

In addition to human subjects, the contrast between the divine and the earthly can also be observed in Michelangelo’s architectural drawings. Drawings that plan out the design of churches include elaborate, ornate symmetry, representing the divinity of the space. When designing fortification for Florence’s city gate, he consciously avoids symmetry. Michelangelo and his contemporaries believed war was the lowest and most irrational of human phenomena, which is reflected in the dissonant and hectic drawing.

Despite the beauty of the displayed drawings, they represent only a small selection of the drawings he produced, and many of them are unfinished.

“We must keep in mind [that] these are projects. The real tragedy is that Michelangelo, at the end of his life, burned many, many of his drawings. Now we know these are great masterpieces, but he thought they were only projects, and he wanted only finished pieces to survive,” Ragionieri said. “In his work we see a certain existential feeling: At a certain point he looks and sees in his work something so beautiful that he cannot go on. We call this in Italian ‘non finite.’”

The Muscarelle is hosting another exhibit for its anniversary on the first floor of the building, celebrating the Renaissance painter Mattia Preti. De Groft said the museum soon plans to announce their next big exhibition soon.

“We will hopefully have an announcement for our next big thing by the time this exhibition closes, and I think people will be truly shocked,” De Groft said.