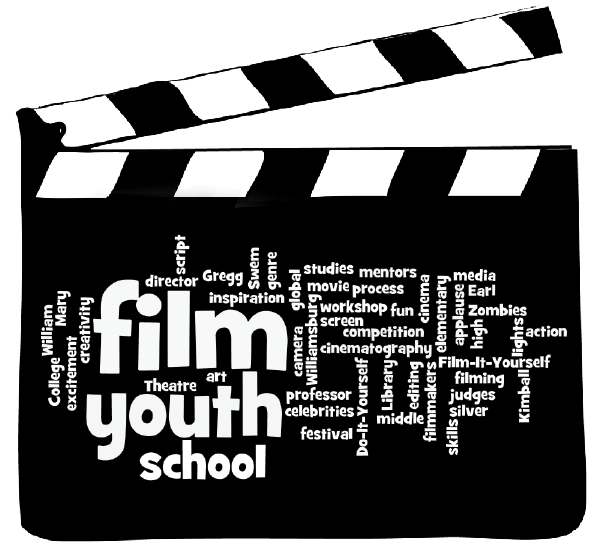 Tarantino, Allen, Scorsese, Spielberg — they all had to start somewhere.

The “Do-It-Young/Film-It-Yourself” youth filmmaking competition debuted this past Saturday at the Kimball Theatre as a part of the “Film & Youth”-themed 2013 William and Mary Global Film Festival. Featuring 13 original short films, the competition served as a creative and fun outlet for the aspiring elementary school, middle school and high school filmmakers.

Originally conceived as an after-school program sponsored by the Williamsburg Regional Library and the Earl Gregg Swem Library Media Center last November, the young filmmakers participated in two free Saturday workshops to learn or brush up on the skills required to make a film — everything from camera use and editing tools to shooting techniques. While the first workshop focused primarily on putting together a working script and basic pre-production protocols, the second workshop focused on editing and finalizing a film. The actual filming was done according to the individual schedules of the filmmakers.

“As we showcase films from around the world about youth, we also wanted to get cameras into the hands of young people and give them a chance to be the filmmakers and include that in our programming,” he said. “We’re very excited about this experiment.”

All of the youth involved in the program were assigned, based on their interests, to a student mentor at the College of William and Mary — known affectionately as “bigs” — to help guide them throughout the duration of the projects. Together with their mentors, the “littles” edited and polished their footage into a final short film. Basic equipment, such as cameras and editing software, was provided by Swem Media Center at no cost.

The short films featured were very diverse and covered multiple genres, showcasing the uniqueness and individuality of the students involved. Everything was covered, from a French-style cinnamon bun-making tutorial to a Tony Hawk-inspired ode to skateboarding, a classic “whodunnit” thriller, to a commercial advertisement for a “zombie mom” and “zombie boyfriend.” The nearly-full theater laughed, gasped and clapped throughout the hour-long screening. At the end, all the student filmmakers were acknowledged at the front of the theater with a rousing applause.

Emma Yeats, a middle school student who acted in, edited and helped direct the short film “The Journey of an Idea” is a film aficionado who was excited to participate in the program.

“I think it was a good experience,” Yeats said. “If it’s offered next year, I would participate again.”

Bruton High School students Matthew Hoffman and Matthew Green, the brains behind the short film “A Day in the Life: High School,” said they heard about the program through their cinematography class and teacher.

“She made it a project,” Hoffman said. “It was our semester exam grade to enter into the contest, so everyone in the class had to get involved.”

Even though it was a required project, both boys are interested in filmmaking as a whole and highly enjoyed the fun associated with immersing themselves into the filmmaking process.

“The most fun was definitely the creativity and the creative process, and coming up with a pre-film, [while] editing was the hardest part,” Green said.

The five official judges, consisting of both local and guest celebrity filmmakers, included talent such as Helene Bergsholm, who acted in the 2011 Norwegian coming-of-age film “Turn Me On, Dammit!” and Jared Gilman, star of the 2012 Oscar-nominated film “Moonrise Kingdom.” Bergsholm and Gilman are both recipients of 2013 W&M Rising Young Talent Global Film Can award, acknowledging their rising talent and poignant, genuine performances.

The competition winners were announced on Sunday at the film festival’s  closing reception in Andrews Hall.