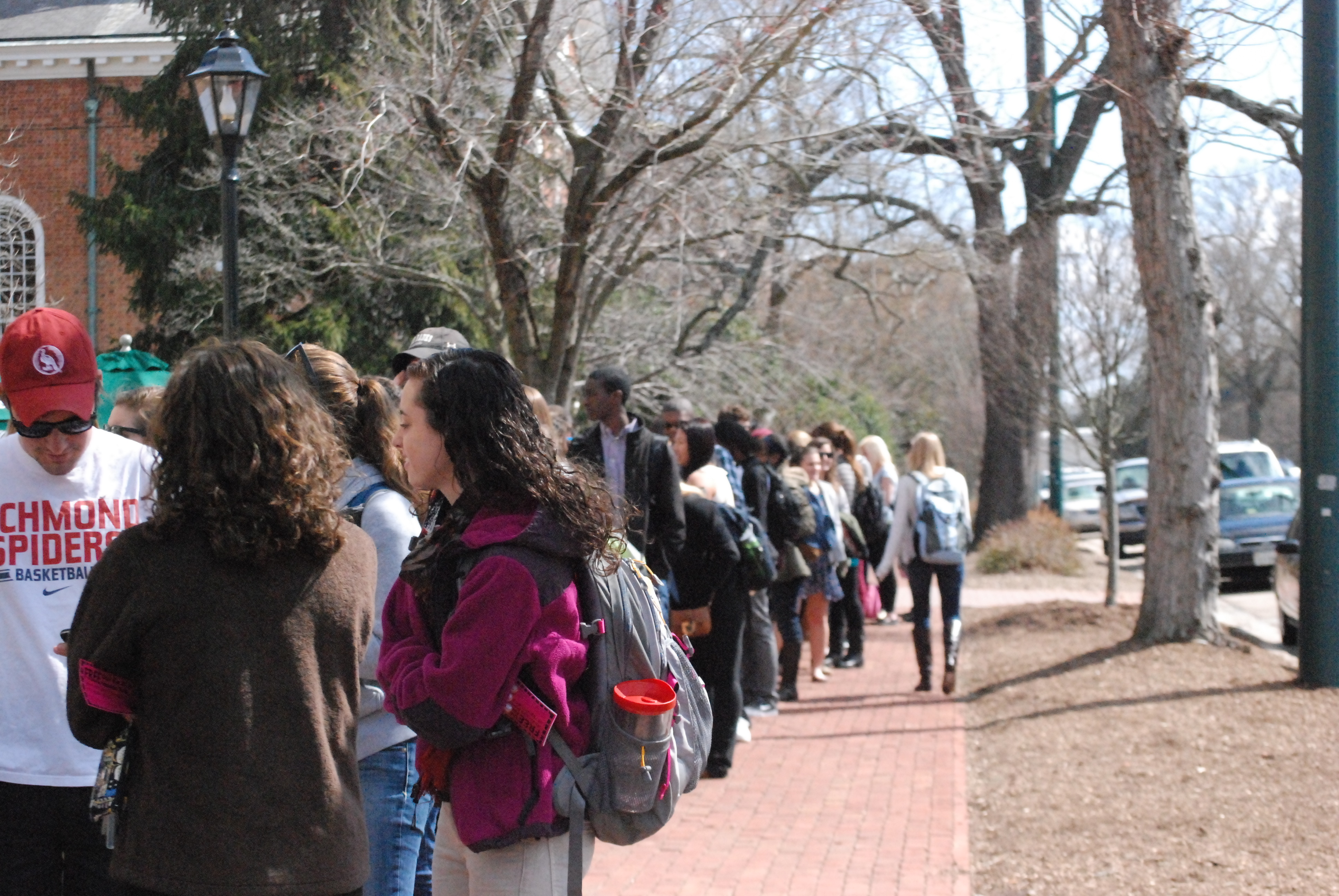 By 6 p.m. Thursday the Williamsburg Pita Pit staff had rolled over 1,000 pitas, and the dinner rush was just starting.

“I waited in line for a little over an hour for a pita, but it was totally worth it,” Emmy Newcomb ’14 said. “They gave out free Pita Pit sunglasses and a melt-y chocolate chip cookie. I’d give the experience two thumbs up!”

Even though Williamsburg is one of the franchise’s smaller locations, students voted online to win the Battle of the Pita Pits competition, resulting in a free day of pitas for all members of the Tribe.  The Williamsburg Pita Pit beat out hundreds of Pita Pit locations to win.

The Pita Pit Corporation provided the food to the Williamsburg location for free for the day, and the staff rolled pitas from 10:30 a.m. to 10:30 p.m.

Pita Pit founder Nelson Lang flew into Williamsburg for the event from his home in Canada.

“You guys were against big cities like Chicago, New York and Los Angeles, but Williamsburg beat cities fifteen or twenty times their size,” Lang said. “When I heard about the competition, I flew down here, and I’ve been rolling pitas all day.”

Lang founded the Pita Pit Corporation in 1996 with a flagship store in Canada. Since then, it has expanded to over 200 stores in the United States and 400 stores internationally in 10 countries.

Lang hopes the event will help grow the Williamsburg Pita Pit’s fan base.

“I noticed a lot of people who came in today had never eaten here before,” Lang said. “We gave everyone who received a free pita a bounce back coupon in the hopes that they’ll come back.”

The event also increased the company’s social media presence, adding 16,000 “likes” to its Facebook page. In organizing the event, Lang was convinced that people who tried the pitas would be sure to come back.

“I was the most proud that every customer waited in line for so long, yet they still thanked us when they received their pitas,” Lang said. “I think that we should almost do this in every store as a customer appreciation day.”