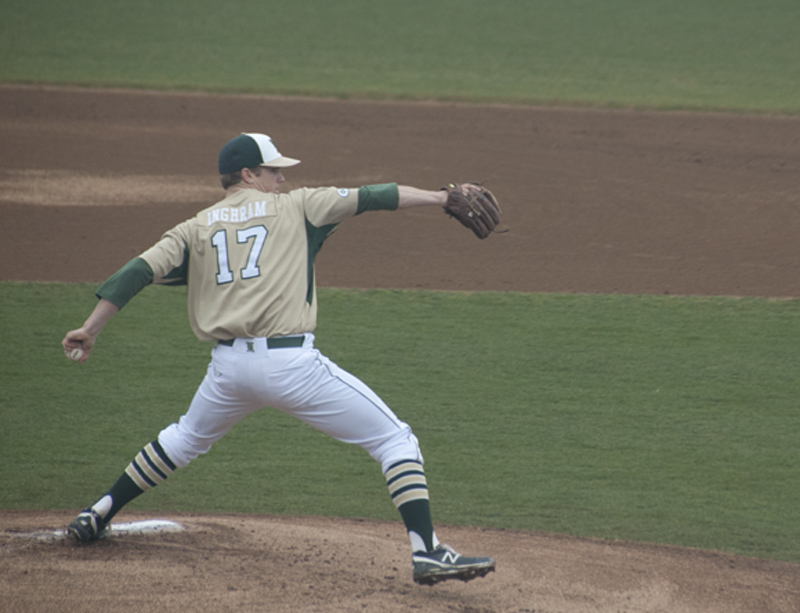 Coincidence or not, it was Koehler who took the loss Friday, just as in March. However, this time Koehler lasted just two innings, giving up five early runs.

Whereas the Tribe rallied to take 2 of 3 from Delaware in the March series, the story was different at Towson. Senior John Farrell threw seven scoreless innings in the College’s 5-2 win Saturday following Friday’s 12-4 loss, but Towson took the rubber match Sunday, as the Tribe gave up the final three runs of the game en-route to a 13-8 loss.

Koehler’s series-opening loss parallels an up-and-down season. Despite leading the team in hits allowed, earned runs and runs against conference opponents, Koehler has performed well enough in non-conference games to compile a 3-3 record.

Towson jumped on Koehler early Friday, scoring four runs in the first inning and tacking on another at the start of the second inning to build a 5-0 advantage over the Tribe. The Tigers’ lead later grew to 11 as the College’s offense struggled to find a rhythm.

With the bases loaded, sophomore first baseman Michael Katz stepped up to the plate hoping to continue the College’s improbable comeback. Katz’s pop fly, however, fell harmlessly for the final out.

Behind the strength of Farrell’s arm and Lindemuth’s bat, the College overcame four errors to win 5-2.

After striking out the first batter, Inghram gave up a single to Towson’s Pat Fitzgerald, beginning the downhill inning. After hitting a batter, another single plated Fitzgerald. Inghram faced the Tigers’ Peter Bowles next.

Bowles, with two men on base, took Inghram’s offering deep over the left field fence to open up a five-run advantage. Head coach Jamie Pinzino made a pitching change after a rattled Inghram allowed another hit and walked a batter.

Down 10-3, the Tribe’s offense began another rally. Brown’s three-run home run fueled a four-run sixth inning and brought the College within three runs of the Tigers. Adding another run in the top of the seventh due to a Towson throwing error, the Tribe found itself trailing by two heading into the final innings.

Unable to keep pace, the College lost the series-finale 13-8, dropping two of the three contests.

Pinzino will have a few days to rest his pitching staff before heading to Lexington, Va. The first pitch against VMI is scheduled for 6 p.m. Tuesday.