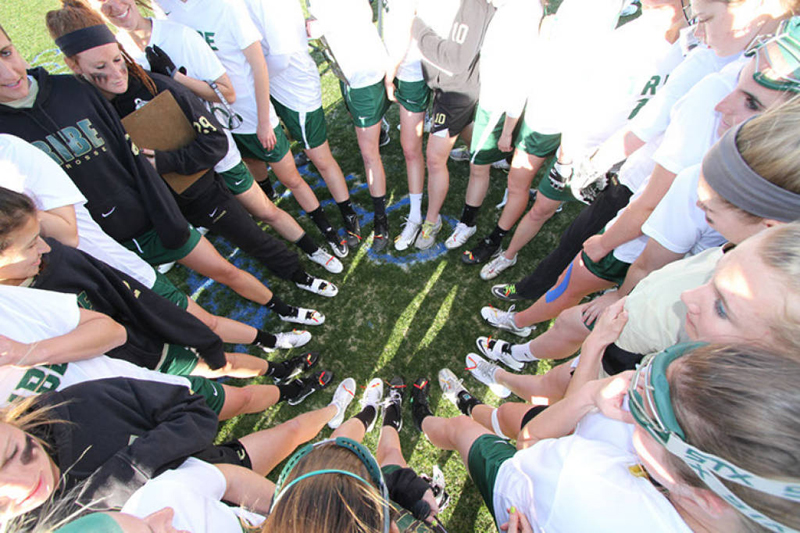 William and Mary has only four games remaining in its season and plenty of questions to answer about its squad.  The team stands at 4-8 with a 1-2 Colonial Athletic Association conference record and has struggled with consistency over the course of the season.  The quality of its play has varied not just from game to game, but from half to half.

Not to say the team lacks talent. The two star attackers, senior Kyrstin Mackrides and junior Taelor Salmon, have combined for 59 goals to lead the CAA’s second-ranked offense.  Junior goalkeeper Colleen Nofi is logging seven saves per game and has shown the capability of shutting down defenses for extended periods of time.  At peak performance, this team can outplay anybody in its conference and has even played competitively for small stretches with national powers such as Virginia and Duke.

But at a point, the Tribe needs to figure out why its talent abandons the team for long stretches, especially during crunch time.  Observing its games, the Tribe seems to consistently falter in the second half after playing well in the first.  Statistics tell the same story; through 12 games, the Tribe has scored 15 more goals in the first half compared to the second.  The Tribe’s tendency to wilt in the second has been clear in individual games, such as when the team lost a 7-4 halftime lead in a road loss to Longwood, or when the team was up 7-2 before getting outscored 10-1 in the second half against Old Dominion.  This does not fit the profile of a team that hopes to reach the CAA tournament.

With four conference games remaining before the tournament, the Tribe has plenty of chances to rewrite the narrative of its season. But after such a tumultuous run, one wonders if the team will put it all together. At some point, the team has to ask why it plays so well for long stretches of games, only to erase that success by giving up damaging scoring runs to its opponents. It could be an issue of the team not conserving enough energy for a 60-minute contest, or it could be a failure to shake off the first goals of a scoring run, allowing it to bloom into something dangerous.

Whatever the reason, it is clear that the Tribe needs to use these final regular season games to find its true identity. Is it the team that has held big leads in half of its twelve games, or the team that has squandered three halftime leads and barely held on to two more? Is it capable of playing a stellar game from start to finish, or is it simply unable to play 60 minutes of good lacrosse?  The answers to these questions are the key to the Tribe’s season.

And until these answers come, it’s useless to predict how the Tribe will finish. Saturday’s overtime victory over Hofstra is heartening, but it came after a second half in which the Tribe was outscored 4 to 7.

The Tribe could win its final four games and pull itself into one of the top four conference spots needed to qualify for the tournament, or it could stumble to the finish and enjoy summer break early. Three quarters into the season, it is still unclear how good the team is. Unless it finds some consistency, that uncertainty may be this team’s lasting legacy.