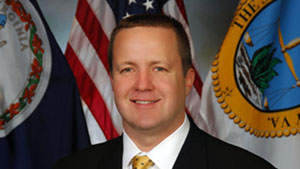 With a can of Monster Energy Drink in hand, Chairman of the Prince William County Board of Supervisors Corey Stewart spoke to the College of William and Mary Republicans Monday.

Stewart is currently one of seven candidates seeking the position of lieutenant governor of Virginia in the 2013 election. He hopes to use this position to focus on the issues that he thinks matter most to the people of Virginia.

Stewart outlined a conservative outlook on both social and fiscal issues. He noted that the issue of jobs comes before social issues because it is one that will affect many soon-to-be college graduates.

“I know how to win elections in a very tough political atmosphere,” Stewart said. “[People] don’t want to hear about the social issues.”

Stewart said he wants to create a more open Republican Party by using his position to break the Democratic control over numerous areas in his district.

“I see myself as a missionary into Democratic areas to win over non-traditional Republican areas, starting to chop away at the Democratic advantage,” Stewart said.

“His openness to expanding the party and broadening the base is a refreshing sentiment nowadays but definitely needed for the future,” Buchholz said.

Marcell Crawford ’16 of Prince William County said he believes Stewart has been successful while on the board of supervisors there.

“He has done a very good job with lowering taxes and keeping our budget under control,” Crawford said.

Stewart hopes that by sticking to his conservative ideals and reaching out to minorities in their areas, he will be elected lieutenant governor.