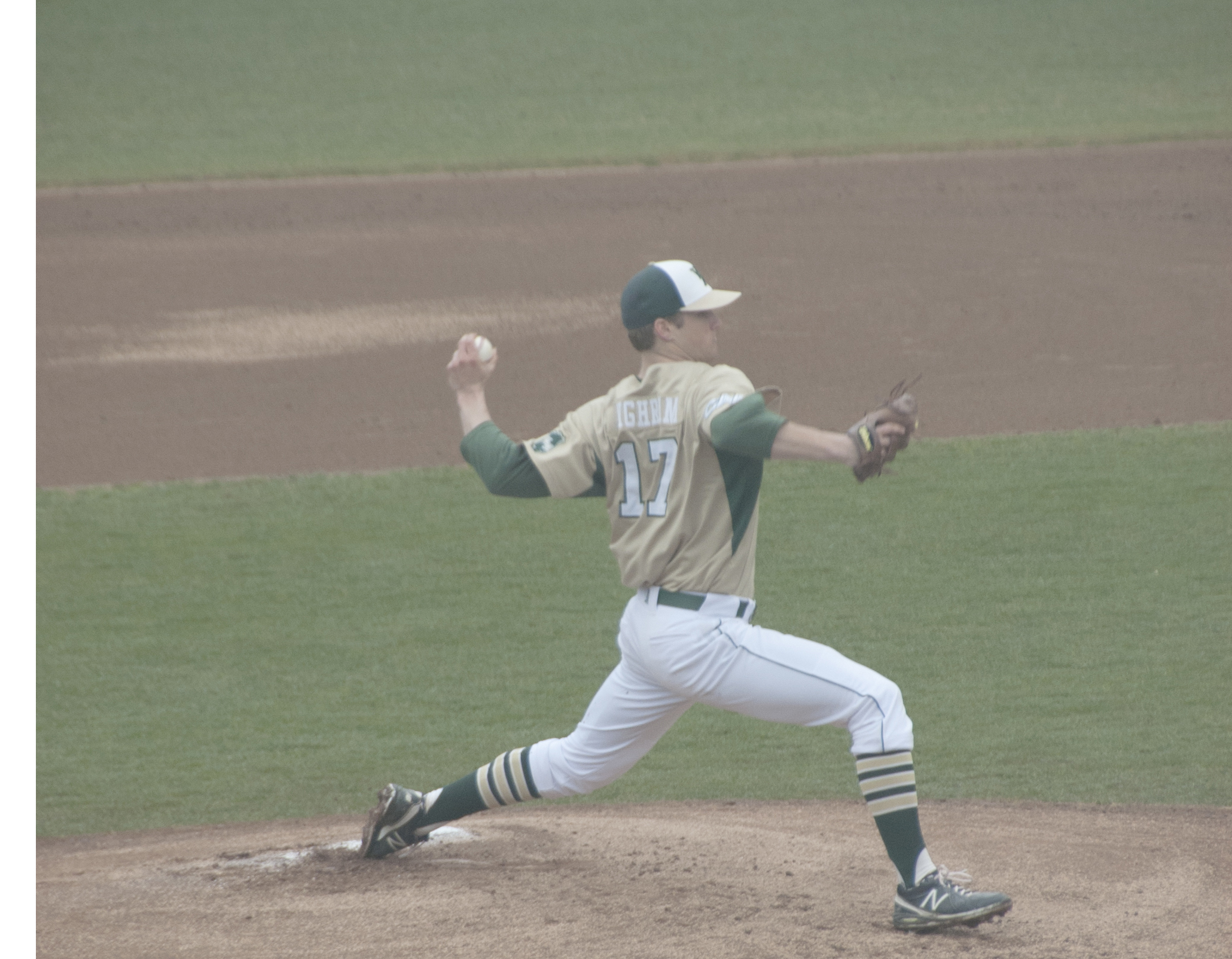 A ground out, a pop fly and a line out brought Sunday’s game to an end, and marking an incongruous finish to a series that predominantly featured the best of the William and Mary and James Madison’s offenses.

“It was obviously a good series for us. It’s always good to win; it’s always good to get the full sweep in this league,” head coach Jaime Pinzino said. “We’re playing good teams every weekend, and anytime you can sweep on it, it helps you out in the long run.”

Offensively, the College scored five runs on eight hits. Senior first baseman Jackson Shaver launched a double to left center field to drive in the Tribe’s first two runs. After the Dukes scored three runs in the fifth inning, freshman catcher Ryan Hissey’s single to right field drove in the tying run in the bottom of the inning.

After the fifth, Koehler regained control and didn’t allow another run. Junior second baseman Ryan Lindemuth and senior shortstop Ryan Williams both hit singles to score the College’s fourth and fifth runs of the day.

Senior closer Matt Wainman pitched the last two innings; quelling any hopes of a Duke rally to ensure the 5-3 win. Wainnman, who recorded his second, third and fourth saves of the year during the series, closed out each game.

“Wainman was outstanding three days in a row. He’s really settled into that closers role pretty well,” Pinzino said. “The reason Wainman’s closing is because he throws strikes, and he won’t beat himself out there.”

Wainman recorded the save again Saturday, but not before the College’s offense dug itself out of a 7-3 deficit. After both teams scored three runs in the first inning, the Dukes again got to senior starting pitcher John Ferrall, plating a single run in the third before adding another three runs in the seventh.

“I thought offensively they were really good, I thought it was as good a lineup as we’ve seen all year. And they scored some runs off us. Their two-strike approach was really good,” Pinzino said. “They forced us to not only pitch it well, but I thought we responded well offensively. We came back with the bats and scored runs when we needed to.”

The response began in the bottom of the seventh inning. With the bases loaded and two outs, sophomore first baseman swung at the first pitch of the at-bat, lacing a double down the leftfield line. The hit scored three, and the College found itself down just one run, 7-6.

Pinzino pulled his starter, Farrell, for freshman reliever Mitchell Aker to start the eighth inning. After giving up three singles and another Duke run, junior pitcher John Sheehan came in to close the inning. Now down 8-6, the Tribe turned to its offense once again.

And, again, the bats came to life, but this time with a dose of small ball offense. After Shaver’s single drove in a run, Williams and senior center fielder Ryan Brown laid down bunts to gain the team’s first lead of the day, 9-8.

Wainman entered in the top of the ninth, silencing James Madison’s rally to preserve the come-from-behind victory.

With two wins and momentum, the College sent Inghram to the mound for Sunday’s contest, looking for the sweep. Offensively, the Tribe’s offense made sure Inghram would be pitching with a cushion.

After the Dukes scored a run off s single to right field, a double play helped Inghram escape the first inning. The bottom of the first inning saw all nine batters in the Tribe lineup, as the squad racked up five runs.

“They’re a good offensive team, so they’re good at jumping on mistakes and they were able to do that a couple of times,” Inghram said. “We outscored them, and it was a good day for us.”

After Lindemuth’s groundout brought in Brown, the College’s offense fell quiet as Inghram went to work in the middle innings. Although facing long at bats and failing to dispatch hitters quickly, Inghram tossed three scoreless innings.

“I credit it to their hitters who really battled up there at the plate. I think [Inghram’s] breaking ball wasn’t quite as sharp as it is on some others day, and wasn’t able to use that to put away some guys,” Pinzino said. “They did a good job fouling off, living to see another day.”

With runners on first and second, Inghram finally let one pitch hang high long enough for the Dukes Conner Brown to smash a three-run homerun. The blast brought James Madison within two, at 6-4.

“A change-up I just left in the middle of the zone, and he did a good job staying back on it and hit it pretty far,” Inghram said.

Sheehan and Wainman each threw two scoreless innings to preserve the College’s lead. The victory wasn’t safe, however, until Pinzino’s offense manufactured two more runs. Using base running, bunts, and small-ball tactics, the offense pushed the lead to four runs.

“We have a system in place. We’ve coached together long enough to kind of communicate pretty easily from the dugout,” Pinzino said about the call to steal second base in the eighth inning.

With the series-clinching win, the College slides up to second place in the Colonial Athletic Association standings. The Tribe hosts non-conference rival Richmond on Wednesday; first pitch is set for 7 p.m.