Home Sports Lacrosse: Down and Out 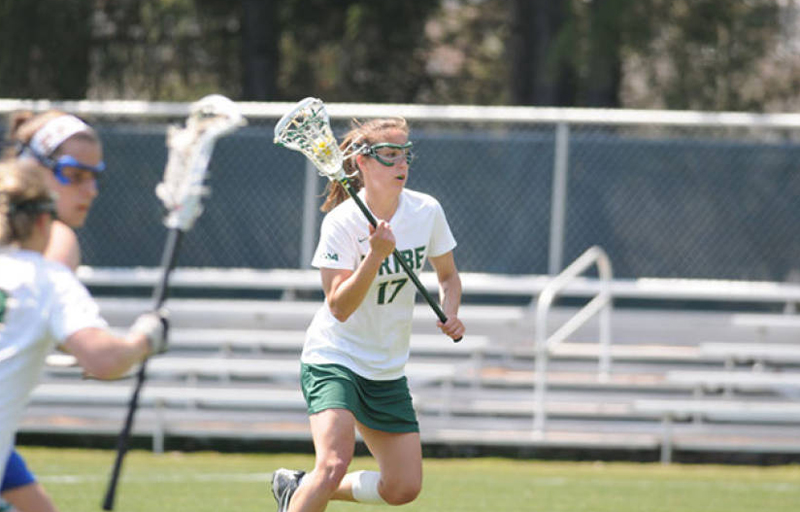 William and Mary suffered two setbacks this weekend, losing both road games against conference opponents. The College (4-10, 1-4 CAA) lost 15-5 at Towson Friday night before traveling to Delaware, where the Blue Hens pummeled the Tribe 15-2.

Towson, winner of six straight games, throttled the Tribe’s offense early in the contest, allowing no scores in the first 20 minutes and building an imposing 5-0 lead. Although sophomore attacker Ellen Shaffrey scored with 10 minutes remaining in the first half, Towson continued to roll, scoring four more goals to build a 9-1 halftime lead. The Tribe has often played well in opening halves this season, but it appeared listless this time.

The College improved with the start of the second half, as senior midfielder Caitlin Murphy scored the Tribe’s second goal less than two minutes after the intermission. However, the squad committed two turnovers on the ensuing possession, and Towson took advantage by scoring two goals in 20 seconds, stretching their lead to 11-2.

Although senior attacker Kyrstin Mackrides scored her team-high 34th goal of the year, Towson responded with three straight scores to boost its lead to 14-3, the largest lead of the day. The Tribe failed to mount any semblance of a comeback and sputtered to a 15-5 loss.  Towson out-shot the College 33-16, forced 16 Tribe turnovers, and scored four times on free position shots. The Tribe’s five goals matched its lowest scoring figure of the season.[FH1]

However, this weak offensive effort seemed explosive in comparison to Sunday’s lackluster attack. The College committed nine turnovers and mustered a paltry four shots in the first half against Delaware. In all, the offense controlled just three face-offs in the first 30 minutes and managed just one goal, scored by junior attacker Taelor Salmon. After tying the game at one apiece, the Tribe failed to produce anything offensively as Delaware scored the next 13 consecutive goals.

With the Tribe down 14-1, Mackrides notched her second goal of the weekend to stop the Blue Hens’ scoring run. Delaware had the last word, however, adding the game’s final goal with five minutes left and securing a 15-2 win.  Junior goalkeeper Colleen Nofi logged an impressive 12 saves. but she received no help from the team’s anemic offense and was forced to deal with a Delaware attack that fired 35 shots.

Entering the weekend with the Colonial Athletic Association’s second-ranked offense, the sudden abandonment of production lowers the team’s hopes of success in the conference tournament. With the loss, the College drops to 1-7 on the road, with one road contest remaining.

The Tribe returns to action Friday at 4 p.m. at home, where it will host James Madison and honor its seniors with a pre-game ceremony.