Home Variety Campus Events May the odds be in your favor: The intensity of a capella... 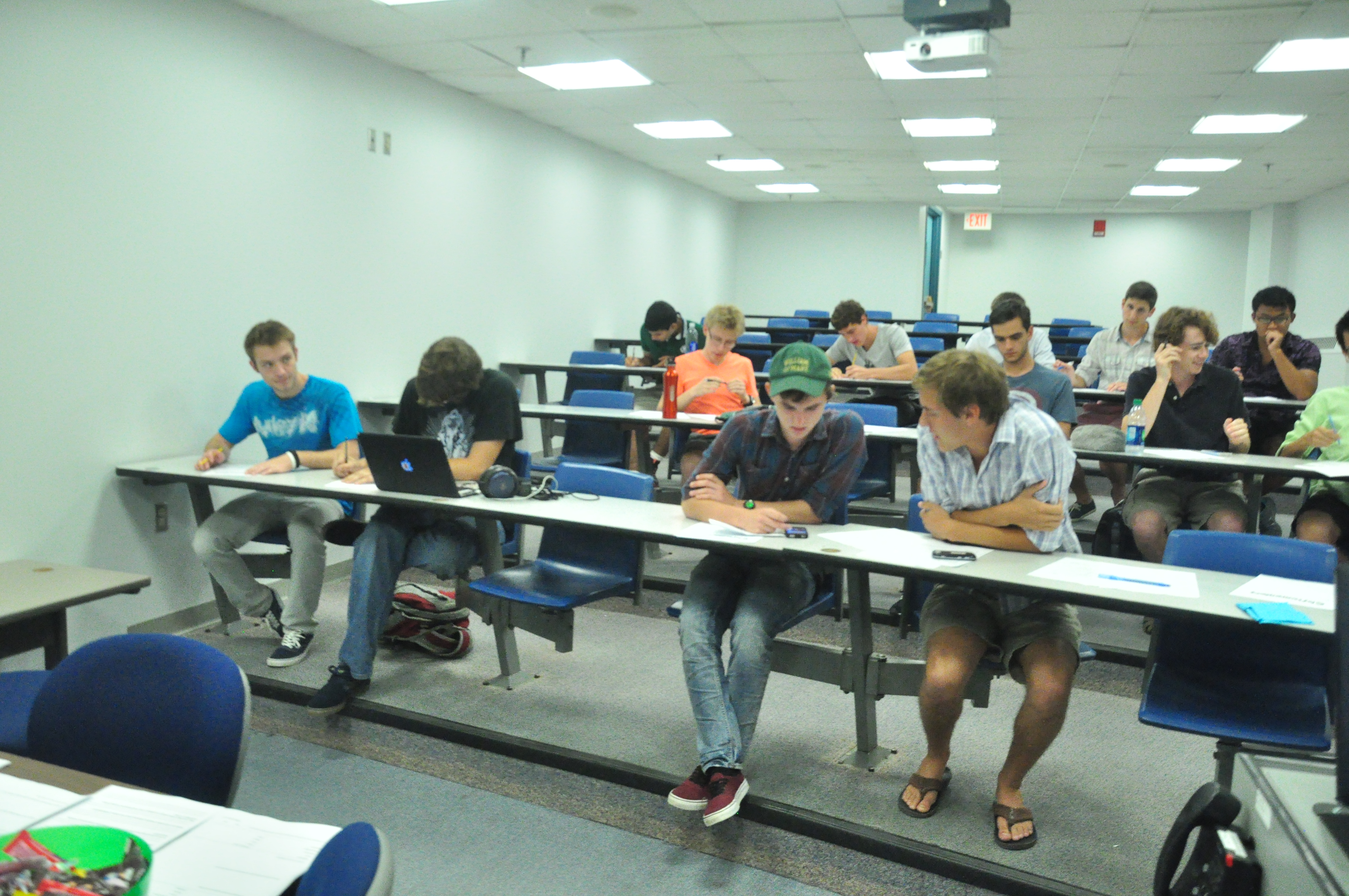 “It’s Raining Men” by the Weather Girls may be old school, but Mary Donohue ’17 is totally okay with that. On the evening of Aug. 29, she was fully prepared to belt out the number for a group of ten strangers in Morton Hall. She wasn’t musically ambushing bewildered government majors. She was auditioning to join the College of William and Mary’s highly competitive a capella community.

Joining these groups, which routinely do not call back all-state choir members, is said to be harder than rushing some elite Greek organizations. Singers wishing to audition for a capella groups must sing scales, a prepared song, harmonies and a variety of warm-ups. In addition to becoming a member of a prestigious singing group, group members also make life-long friends — but in order to receive these rewards, those who try out must clear the hurdle that is the audition.

Transfer students Danielle Bauman ’15 and Karen Kimberlin ’15 attribute their friendship to their mutual love of singing. The chaos and stress of the audition process ultimately only heightened their friendship.

“We were both really nervous, but the flip side is that we are really excited to join a group that has a large amount of new potential friends,” Bauman said.

This social aspect of a capella is a major factor in its appeal. Danielle Shulkin ’15 considers stress to be the reason that a capella members get so close.

“The tryout process is like a forge that makes strong singers,” Shulkin said.

The auditions ran non-stop in multiple rooms, from 6 p.m. to 3 a.m. Aug. 29 for girls and Aug. 30 for boys. Many hopeful candidates were all-county or all-region singers in high school. Throughout the evening, there was someone auditioning every six minutes for the various groups.

Those auditioning began the process by indicating for which groups they wanted to try out. After an interest meeting of sorts, a schedule for tryouts was set. Subsequently, the head of each of the various a capella groups posted a callback list.

Individuals who did not make the cut will have at least until the next tryout session to improve their craft. Chelsea Blanco ’17 noted that the odds for success aren’t great, even for talented singers.

“I was crushed, but it will only motivate me for my next tryout,” Nick Adjami ’17  said. “I met a lot of great people who taught many important musical lessons. These outstanding singers are all trying for limited spots, and these spots are set for singers that have certain attributes, such as being an alto, etc.”

Hopefuls who were called back will have to repeat the grueling process once more. Those that are eventually inducted into a group will be joining a very elite and close-knit community. A capella groups bill themselves as a second family for members. New members are usually immediately incorporated into acts, allowing for an immersive acclimation process.

Rookies will be quickly introduced to the student body, whether they make their debut in crowded, impromptu shows in the basements of freshman halls or on Wednesday nights’ Wren Ten concerts.