Home Variety On the Record ‘Soft Will’ is a mature, reflective homecoming 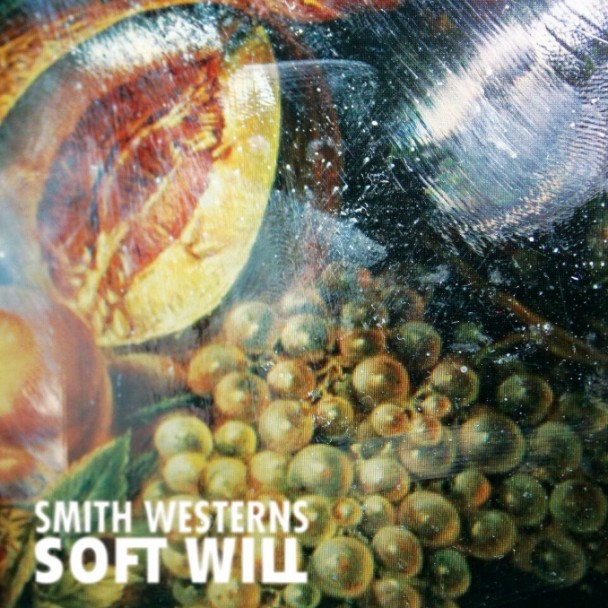 At this point, it’s barely worth mentioning Smith Westerns’ first album. The Chicago band recorded their debut in their drummer’s basement while still in high school. It was a squeaky, static-ridden power-pop affair full of the bright-eyed spunk of the lo-fi movement into which the band was lumped. The hooks on the debut were good enough for the band to get their foot in the door and to give them a studio. They relished in their newfound resources. On “Dye it Blonde,” the band’s 2011 sophomore album, the band became what they wanted to be: glitzy, grand, smooth and pretty.

“Dye it Blonde” is a glamorous affair, full of expansive arrangements and retro bombast. T. Rex synths and cheesy guitar solos are all over the place. “Soft Will” is seemingly more of the same, yet none of the songs on this album could have possibly made sense on the last. Smith Westerns haven’t really expanded their sound; they seem to have been re-inspired to make the same kind of music for a completely different reason.

Band members Cullen and Cameron Omori and Max Kakacek are all 23 years old. They lived their college years touring around the world for “Dye it Blonde.”  The striking contrast between their first two albums is likely nothing compared to that of the band members’ lives before and after “Dye it Blonde.” By the end of the tour, reports had the band looking weary, tired and sucked dry from life on the road. To think that some kids in their early twenties had partied themselves into a melancholia was far from unreasonable. Given how wide-eyed and love-struck the band’s music had been, prospects for their third album seemed a little grim.

“Soft Will” opens with “3am Spiritual,” a song imbued with an inescapable sense of finality. The sunburst of noise and group chant halfway through, the wind-swept guitar solo that finishes the song — it seems as if it’s the end of something. But the ending here is not of the band, but of the malaise that once glazed over this group’s great big eyes. Omori sings that “It’s easier to think you can’t go on,” in his best John Lennon voice over lullaby synths and a jangling acoustic guitar before a “Whooooa yeaaaaeeaaah” softly swoons through the piece. The song carries on slowly and assuredly in its 60’s-flower-power-everything-is-hope vibe before shooting up into the clouds, announcing that Smith Westerns are back, and they are OK. The guitar comes in like a supportive pat on the back. The whole song is somehow maternal; it’s uplifting, it’s the guileless, friendly face these kids have needed for so long.

The rest of the album continues at the opener’s behest, glad and gentle. “Idol” opens with soft but firm power chords and has Omori addressing the cynicism he may have fallen victim to. He sings, “They said it was a joke, and there’s no one else to believe in,” but the band seems steadfast on believing anyway as the next song, “Glossed,” opens with smooth, glittery guitar interplay. Instrumental “XXIII” distills pretty much every song on the album into four minutes of stately piano and drums, slow-dance synths then big cosmic noises and a deep guitar. The song trots along as confident as ever, both in its sound and its destination. Smith Westerns sounds more confident than anybody had any right to expect from this band-on-the-brink to be. “White Oath” is a four-minute, teary smile where Omori is conscious of his own sadness, isolation and futility, and even though he’s “not a genius,” “he wasn’t always wrong,” and he’ll “try his best to carry on.” A righteous, triumphant guitar solo crashes into the soft rock sheen at the end of the song, with Omori “trying to catch his breath.” “Best Friend” would be the perfect soundtrack to a flying dream; “Cheer Up” would be the song at your first prom that got you to slow dance with the date you were still afraid of; “Varsity” reflects the chintzy aftermath of when you successfully landed one on her winsome lips, and she kissed you back. The chorus on “Only Natural” mixes the guitar on top of the vocals, and it sounds like Omori’s sprinting through a thunderstorm, throwing his head up in the air to greet the tumbling rain.

Where was he running? This record sounds like Smith Westerns came back home from touring, shacked up in their parents’ houses, and became really happy about being back where they grew up. It felt like they had returned to where they belong after a long, difficult hiatus. “Soft Will,” fittingly, was released on Mom + Pop Records, and soft rock hasn’t sounded more inspiriting in a long time. You might be surprised after listening to their lush and gentle album to know that Kakacek and the Omoris are big dudes, six foot plus and square jawed and not a group of cute, sympathetic looking Jason Schwartzmans. But once again they’ve channeled their soft side and written an overwhelmingly pleasant and secure album, one that heroically wrenches joy and hope from the grasp of oncoming adulthood with fireworks at its back.